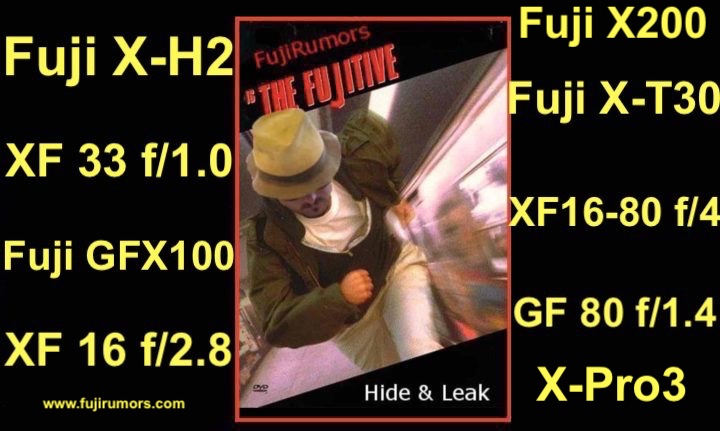 Thanks to our fantastic sources, 2018 was another incredibly busy and successful rumor year for FujiRumors, with 75 rumors shared (one rumor every 5 days) and a rumor hit rate of 92%.

I hope we could add a bit of fun and entertainement in the Fuji X and GFX world, and that you guys enjoyed the time spent discussing the rumors on this blog.

We have already shared an overview at our Fujifilm X Camera Replacement Timeline. But let’s go more in detail now.

Trusted sources told me that at this stage, Fujifilm does not plan to release the Fujifilm X-H2 in 2019. You can read the original rumor here.

But one thing are official roadmaps, another are those secrets ones.

Some lenses on the secret roadmap might be launched without ever being on any official roadmap, as it happened in 2018 with the very affordable XC15-45mm muffin zoom (which btw enjoys really good reviews at AmazonUS).

For now, do not expect more than 2/3 lenses for the X system and 2/3 for the G mount a year, though. Fujifilm is aware that they need to speed up lens production, and hence this year they announced they will boost the lens production capacity by approx. 70% in 2020.