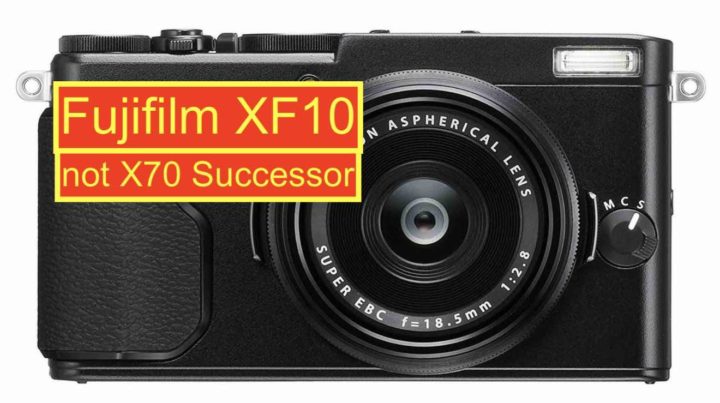 Just last week we published a rumor about a “camera, similar in size to the X70” that has been registered by Fujifilm.

Well, according to our sources, the Fujifilm XF10 will lack of core features of the Fujifilm X70 such as the X-Trans sensor and… the selfie screen!!!

Considering the Fujifilm XF10 without selfie screen an X70 successor would be like considering an X-Pro3 without hybrid viewfinder the successor of the X-Pro2.

When will it be announced?

I don’t know, but consider this: the Fujifilm X-T100 has been registered 1.5 months before its announcement. If we can apply the same timing also to the Fujifilm XF10, then it means it could be announced end of June or July at earliest.

Here are the rumored specs of the Fujifilm XF10 according to our sources:

Fujifilm X80: Why This hesitation, Fuji?

Let me say it clearly: I have no information about Fujifilm planing an X70 successor (called X70s or X80). Maybe Fujifilm is working on it, maybe not.

This is why I want to write a few lines to Fujifilm, who, as we know, reads this blog and your comments.

I know that the Fujifilm X70 was a huge flop.

And here is what I want for the Fujifilm X80:

So please, Fujifilm, keep up developing this line seriously and give us a worthy X70 successor called Fujifilm X80. With the improvements I mentioned above, it will sell like hot cakes.