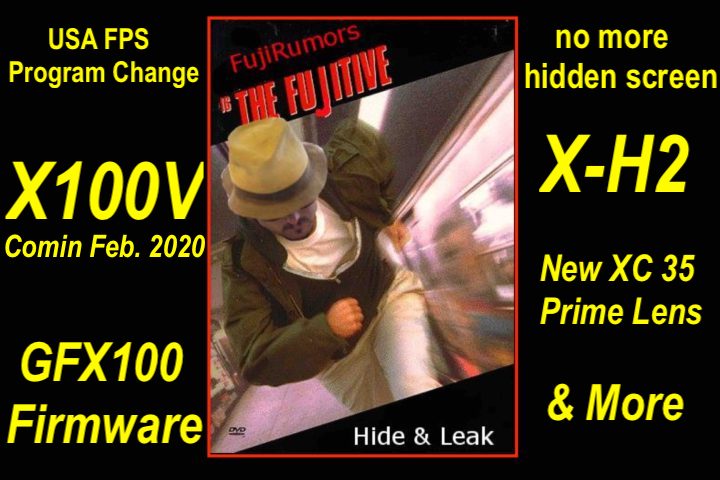 As you know, I am a teacher, and usually it’s me, who has to judge and give votes to others.

But not today, as it’s time for our yearly 2019 rumors check, and to see if I did my homework well or not.

Also, there will be an accuracy rating of those rumors, that still could not be verified.

Keep in mind, there could be further rumors before the end of the year, in which case I will update this list!

But be warned: I will be incredible severe to myself, as I will include in the wrong rumor section, rumors that were actually correct at the time of sharing, but just turned out wrong because Fujifilm changed plans.

It’s the case for example of the new lens roadmaps. In fact, just a few days after our rumor, top Fujifilm manager confirmed here, that indeed there would have been new roadmaps in 2019, but 2019 is now ending, and nothing came. So I was wrong, but so was the top Fujifilm manager.