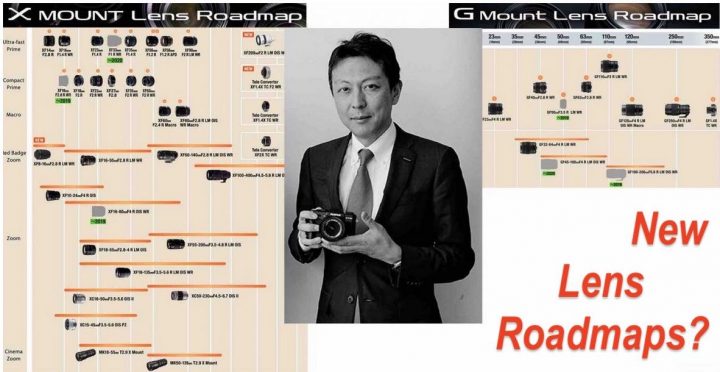 I feel this is a necessary article, as I get tons of emails lately asking me where the new X and GFX lens roadmaps are.

So I want to adress this today.

Back in September we rumored here, that a new roadmap was about to come.

Just a few days later, top manager Toshihisa Iida confirmed it, by literally saying after being asked when a new roadmap will come:

And given that both, the latest Fujifilm X Mount Roadmap and Fujifilm G Mount Roadmap have been updated in 2018, this means we should see one in 2019.

Actually, after letting us vote on the official Fujifilm lens options poll he even said during the first Fujifilm X summit in February:

after seeing the results, maybe next week, you will see a new lens roadmap

But 2019 is ending, and personally I have a hard time to believe Fujifilm will update the roadmap at the end of December, right during the biggest holiday season in many parts of the world.

Sure, I hope they will, but chances are that this time Fujifilm will wait longer than usual.

What we can surely say, is that back in September 2019, Fujifilm did plan to release a new roadmap this year (as the manager confirmed it), but for some reason they might have postponed it.

Sadly I can’t give you more answers and details than what is published here in this article. One lens that will surely come next, is this one rumored here.

That’s currently the most exhaustive answer I can give on this topic, to all of those, writing me emails.

Please just follow FujiRumors, as I will publish more details as soon as I can.