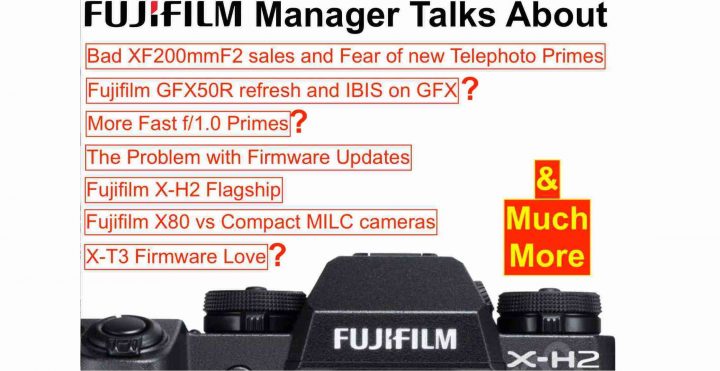 In-camera clarity settings on the X-Pro3 and the X100V

Is there a chance to have a new range of tough cameras, like the XP but better looking with raw features?

Could a firmware update for an X-T3 bring this body in line with the X-T4?

Some video tutorial by Fujifilm on multiple exposures

How is Fujifilm going to draw in more wildlife and sports shooters? What about faster telephoto primes?

Diffraction optics: make longer telephoto lenses that are smaller, lighter, cheaper than their more traditional equivalent. Will Fujifilm look into this kind of lens technology

You can listen to the full podcast at Fujicast.