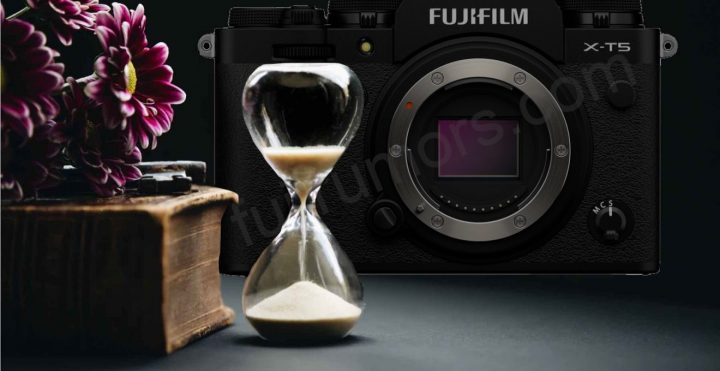 If you don’t mind, we would share a Fujifilm X-T5 rumor today. Let me just arrive home and it will be online. 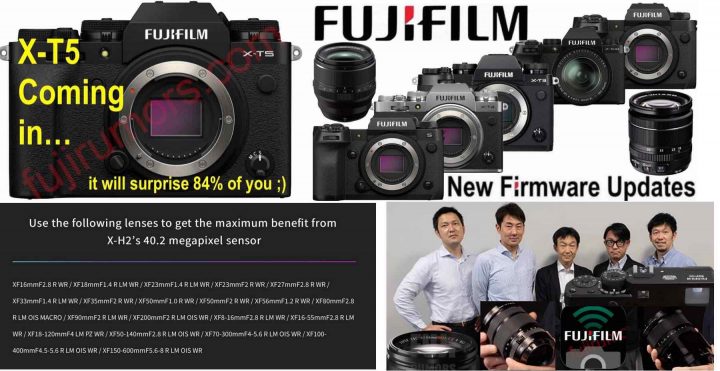 The Fujifilm X-T5 dominates our dreams and desires.

And how do I know that?

Well, because on the month where Fujifilm dropped a true stunner, the Fujifilm X-H2, the rumors and speculations of the Fujifilm X-T5 crushed anything X-H2 related in terms of views here on FujiRumors.

And guys, if the Fujifilm X-T5 is what you want, then you’ll get it… very very soon they say ;).

But while the Fujifilm X-T5 dominates your interest, there are some articles shared in September that you should not have missed. And if you did, here they are.

As for the Nr.10 in the list, make sure to check out the follow up article of Fujifilm: 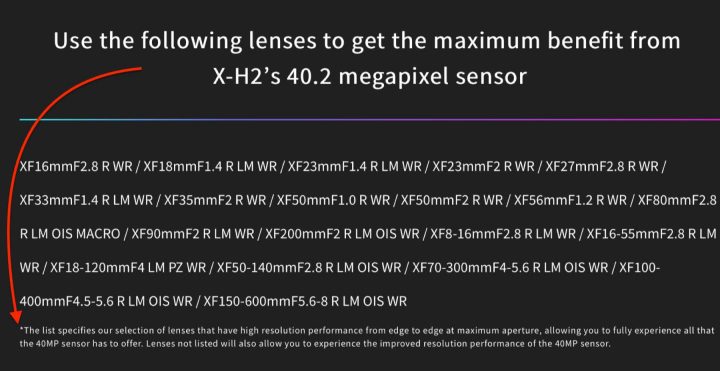 When Fujifilm launched the 40MP Fujifilm X-H2, they also published a list of lenses that get the maximum benefit from the new high resolution sensor.

This led quite some folks (also here on FujiRumors) to believe that the lenses not on the list will not profit at all from the increased resolution.

I did try to explain that you have to see in other terms: the new sensor will finally let all XF lenses express at their best in terms of resolution. it’s just those not on the list won’t go quite up all the way to 40MP.

Finally Fujifilm understood that the message they put out was potentially confusing and now added a note on their official Fujifilm X-H2 page:

So if you want 40MP resolution from edge to edge at maximum aperture, then only the lenses on the list will deliver (see list below). But Fujifilm now clearly says that lenses not listed will also deliver improved resolution performance when used on the 40MP sensor.

Hence, if you want more resolution, buying a Fujifilm X-H2 or the Fujifilm X-T5 will give you that also by using lenses that are not on the list.

And from how I read it, some might even resolve all the 40MP when stopped down at least in the center of the frame. Would be nice if Fujifilm would be even more specific on that.

The House of Photography in Sydney was packed with guests for the Fujifilm X-H2, XF56mmF1.2 R WR and GF20-35mmF4 launch event, when the whole presentation came to an end, and the Australian Fujifilm manager closes the event by saying:

Thank you everyone here, thanks to everyone out there in the web world for tuning in and watching us. I am sure we will be doing this again very very soon… oh, I shouldn’t have said that, shouldn’t I? Alright. Good night everyone. Thank you again!

So he just teased that another launch event is just around the corner.

What could it be?

Some might say he is referring to the only remaining gear Fujifilm already said would come in 2022 and we are still waiting to be announced: the Fujinon XF30mmF2.8 Macro.

But frankly I doubt that for this lens alone Fujifilm would set up a bigger launch event with guests at the House of Photography. And also, why say “I should not have said this“, when Fujifilm already announced it for 2022, so it’s all but a secret that it is coming.

He is probably referring to something we don’t know about yet… unless you follow FujiRumors of course. In that case you know what it is (hint: Fujifilm X-T5) ;). 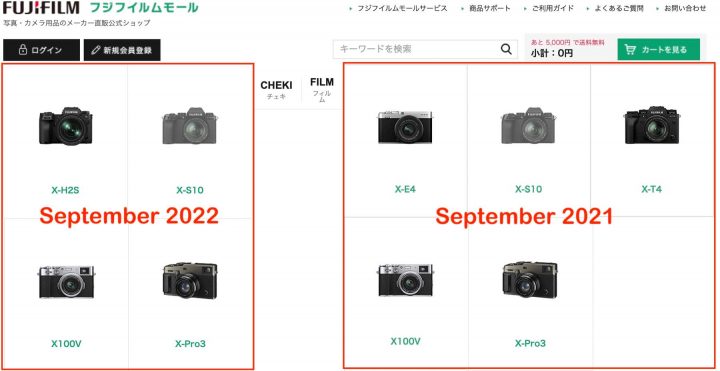 We already told you that major Japanese stores marked the X-T4, X-E4 and X-T30II as discontinued.

Now we have another puzzle piece to add to this: as you can see from the screenshot above, Fujifilm has removed the Fujifilm X-T4 and X-E4 from their Japanese product catalog.

The last available Google cached version of September 2021 still shows both items on the website.

What does this mean for Fujifilm X-T5, X-E4 and X-T30II? Well, I have tried to explain it as good as possible here.