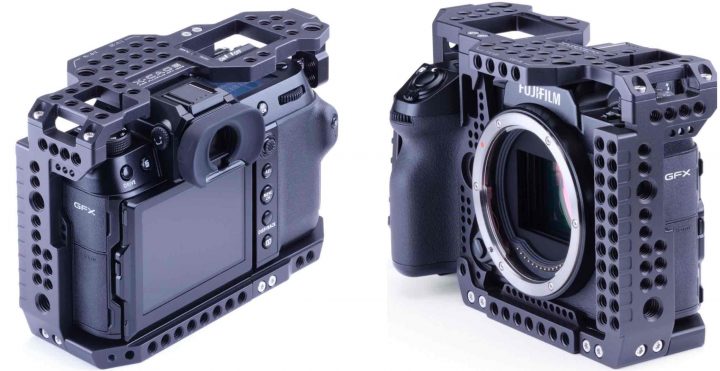 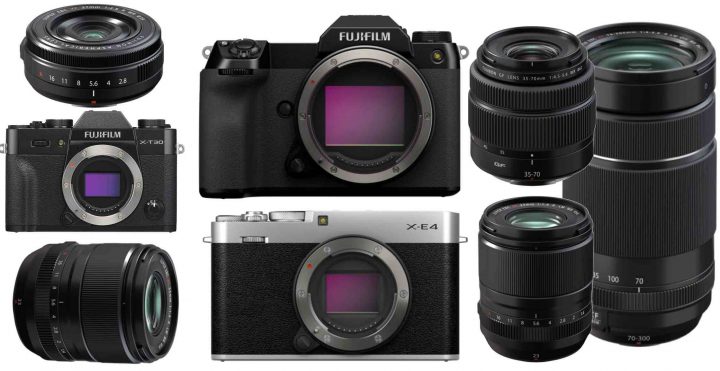 Fujifilm has definitely not been lazy and has announced tons of gear in 2021.

However, most of it is hard to find.

I was extremely lucky, as I grabbed the last available XF27mmF2.8 R WR at my local store on the first day the lockdown ended and I could finally leave my micro-village and drive to the store in the city nearby. And for the Fujifilm GFX100S I had to wait “only” 5 months.

But how does the situation look like now? Down below the in stock check of all the gear announced in 2021.

Adorama has a few samples in stock. No other store listed below has the GFX100S available. The store Moment expect availability on October 15.

A limited number of Fuji’s latest speed monster is available at AmazonUS here. The lens is in stock also at Focuscamera. The Fujinon GF80mmF1.7 is expected to be in stock in 2-4 weeks at BHphoto. Adorama just says “coming soon”. Moment expects it for October 21.

It’s on back-order everywhere. And the situation seems to be rather dramatic, as BHphoto and AmazonUS even stopped accepting pre-orders on it. You can still order it at Adorama.

It is back-ordered everywhere. The only time indications we get comes from AmazonUS here, who expects stock around October 20 and Moment here, who is more optimistic and hopes to be able to ship some samples on October 3.

This is the one lens every X shooter should own (and I own it), but you can’t buy it at the moment, as it is unavailable everywhere. AmazonUS even gave up and stopped taking pre-orders on it for now.

It is expected to ship on October 21.

It was supposed to start shipping on September 29, but pre-orders are very high and forced Fujifilm to issue an official delivery delay notice. Now it is expected to ship on October 21. 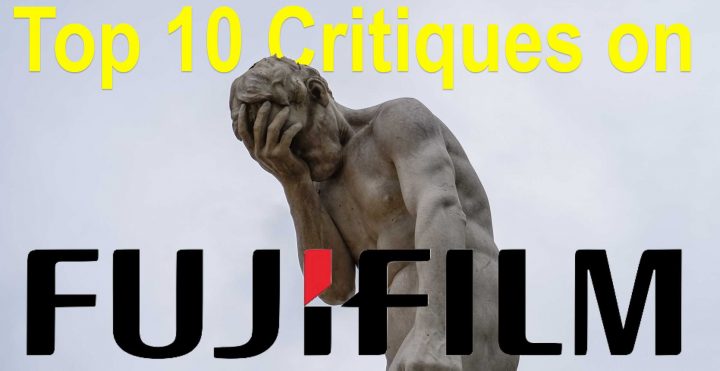 Criticizing and attacking Fujifilm is quite popular on the internet, and down below I will talk about possible reasons why it is like this.

Sometimes these critiques are justified, but sometimes I feel these attacks are unjustified.

Let’s talk about it now. 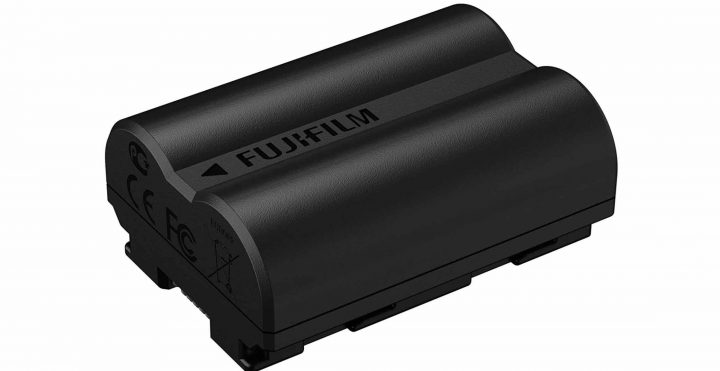 The original Fujifilm NP-W235 battery is now discounted at AmazonUS here (save 14%). It works with Fujifilm X-T4, GFX100S and GFX50SII.

At the end of the day, the original batteries probably remain the best pick.

I have had great experience with third party batteries, but just until a few days ago.

In fact, I was using my lovely Fujifilm X-E3 with my so far favorite third party Patona battery, and when I tried to swap out batteries, the Patona did not slide out anymore. For some reason, it did swell, and I had to fiddle around to get it out. So far something like that never happened to me with any original Fujifilm battery. Maybe I will post a picture of that later on on my Instagram. But I think you got what I mean.

So, after years of great service, the Patona failed on me. And yet, I feel I can’t complain anyway, as the price is just so much more affordable, that I feel fine if it does not last as long as the original Fujifilm batteries. 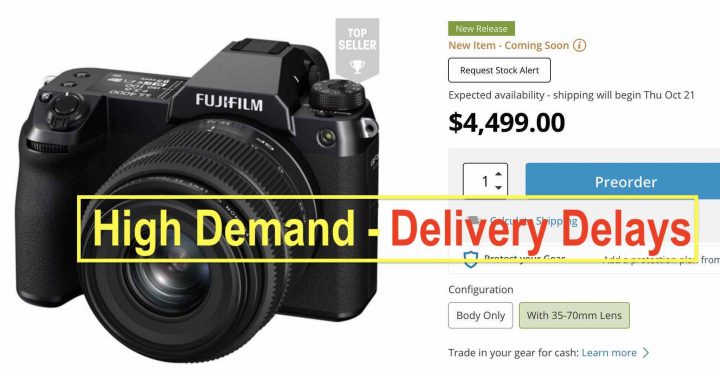 Fujifilm just announced that the pre-orders for the Fujifilm GFX50SII and GF35-70mmF4.5-5.6 kit are higher than expected, and that this could lead to delivery delays.

Now, some might say this is a standard marketing phrase, and I don’t know, maybe it is for other brands.

But in the Fujifilm world, when Fujifilm announced delivery delays due to high demand, then you can be sure we will go though a delivery delay that might take months.

I will spare you with Fujifilm’s delivery nightmares, like the the 1+ year it took them to regularly deliver the Fujifilm X100S or, to talk about the more recent times, the shipping struggles of the Fujifilm GFX100S, which got twice the pre-orders Fuji expected and 7/8 months after announcement is still a rare good to find in stock.

So here is my gentle advice to Fujifilm.

Dear Fujifilm, maybe you didn’t notice, but people do buy your stuff. Don’t be so pessimistic in your predictions anymore, and just start to announce stuff that you can actually produce in good numbers and deliver. Letting us wait for half a year or more is not fun. 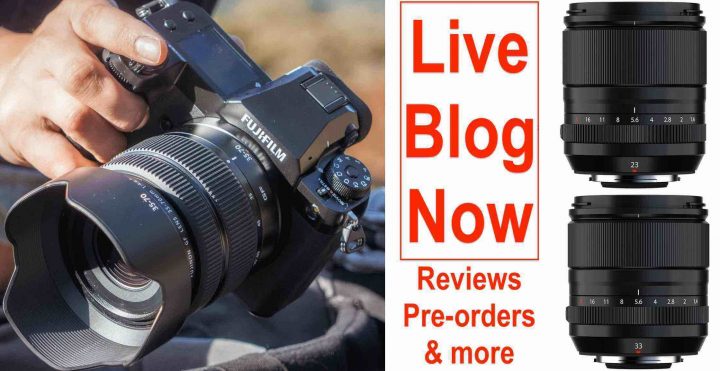 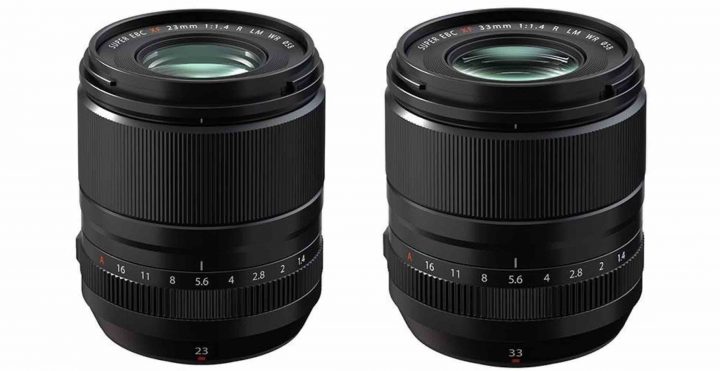 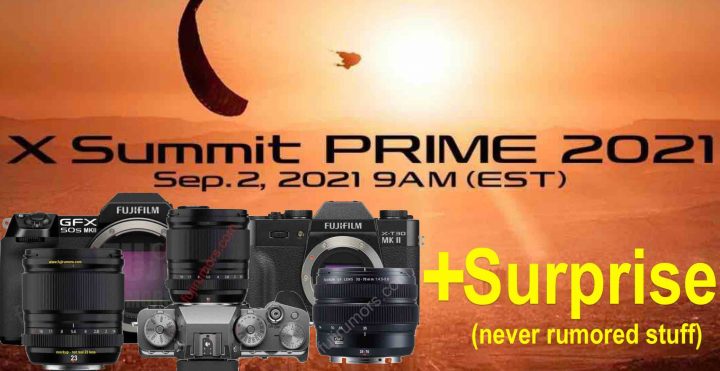 Do you like surprises? If so, then stay glued on FujiRumors today.

A few hours after I’ve published this article, where I ask the FR-reader community if there is something they’d liked to be surprised with at the X summit at 9AM New York time, trusted sources contacted me and wanted me (and you) to know that at the Fujifilm X summit there will be “so far not rumored surprises“.

I did ask if it’s maybe a development announcement of the Fujifilm X-H2 (or of both Fujifilm X-H2’s I better say), or epic Kaizen firmware announcements and so forth, but no further hints have been given to me, so it will be a surprise for all of us, me included.