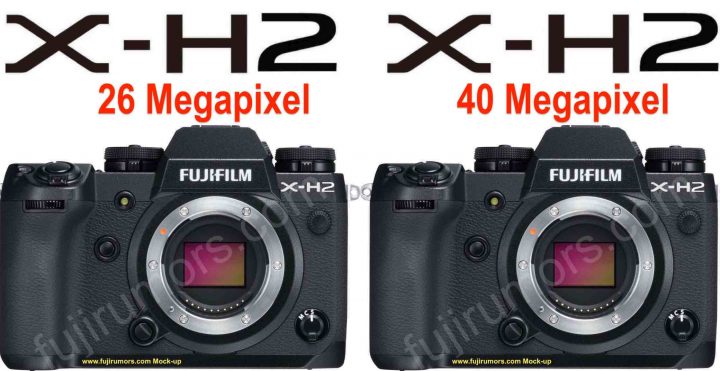 Look guys, this is trusted stuff. Solid and reliable. And 100% true. Believe it or not. It’s going to happen.

The Fujifilm X-H line has been canceled!!! Axed! Forever!!!

So let’s get serious and tell you exactly what is going to happen.

FujiRumors told you that there will be two Fujifilm X-H2 cameras and that they will have a different megapixel number.

According to our sources, one will sport a high resolution 40 megapixel sensor (not 43 megapixel as many speculate based on available Sony sensors).

And what about the other Fujifilm X-H2?

Well, we did get additional information from our sources. Multiple trusted sources. And they told us that the second Fujifilm X-H2 camera will have 26 megapixel.

I know what you want to know now.

At this point I can’t answer this question.

Some of you might remember that I once said the Fujifilm X-E4 would be the last X-Trans IV 26 Megapixel camera. But evidently I was wrong, as we got the Fujifilm X-T30II (although that’s basically just an X-T30 on firmware steroids and new LCD). So I might well be wrong again?

Let’s see the two options I see for now:

My opinion on both options:

Which one do you consider more likely? Feel free to vote the survey down below.

And make sure to follow FujiRumors to get more Fujifilm X-H2 rumors soon.