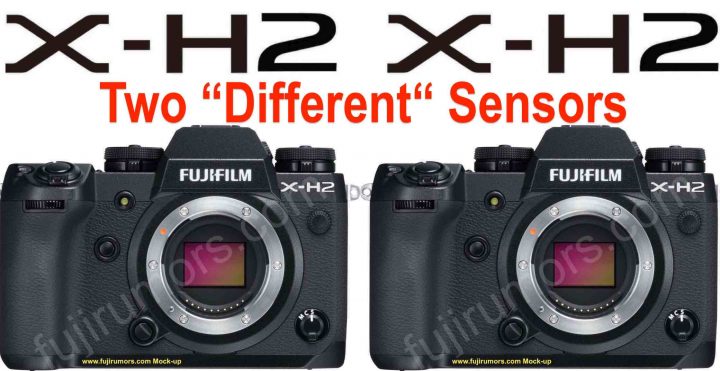 VERY LAST HOURS – save 28% on Capture One 22 pre-upgrades (click here) (20% discount offered by Capture One plus additional 10% with code FUJIRUMORS).
No better pre-upgrade deal is coming, not even at Black Friday. This is the best deal and it will end at 6PM New York Time today!

Recently I wrote an article, where I said that Fujifilm should do it a bit like Sony, and offer different sensors in the same camera.

However, I also said that I don’t believe that will happen, as at the recent X summit, Fujifilm has teased one (1) new sensor coming, not two.

But well, I was wrong.

No more details given to me for now.

So I guess the question now is, what does “different sensors” mean?

FujiRumors already told you that there will be a 40 megapixel sensor in the Fujifilm X-H2. So at least in one of them (if not both) will come with 40 Megapixel.

Again, keep in mind that all Fujifilm announced is one (1) new BSI stacked X-Trans sensor.

So the options I see are these:

It happens rarely, but I admit I am a bit confused at this point.

If anybody out there can help me out of this state of puzzlement, feel free to contact me via fujirumor@gmail.com (with real or fake email) or anonymously via rumor box (you can use a nickname so I can recognize you in future).