This Thursday (18 DEC 2014), Fuji is releasing new firmware for the X-Pro1, X-E1, X-E2 and X-T1. This is the third and final article explaining the changes and enhancements brought to you by these updates. In this edition, I am going to cover features and enhancements of firmware 3.00 for the Fujifilm X-T1.

This update also includes the AF+MF feature that I have already covered here.
Please click here to learn more about the remote control feature of the X-T1, X-E2, X30 and X100T.

I have sorted the X-T1 firmware enhancements into 18 categories, starting with the…

Already available in the X100T and in firmware version 2.00 for the X-T1GS, the electronic shutter offers fast shutter speeds of up to 1/32000s. Due to the rolling shutter effect, this option is not suitable for fast-moving subjects or flash photography, but it’s a great way to take portraits in bright light with a fast, wide-open lens—no need to attach an ND filter. 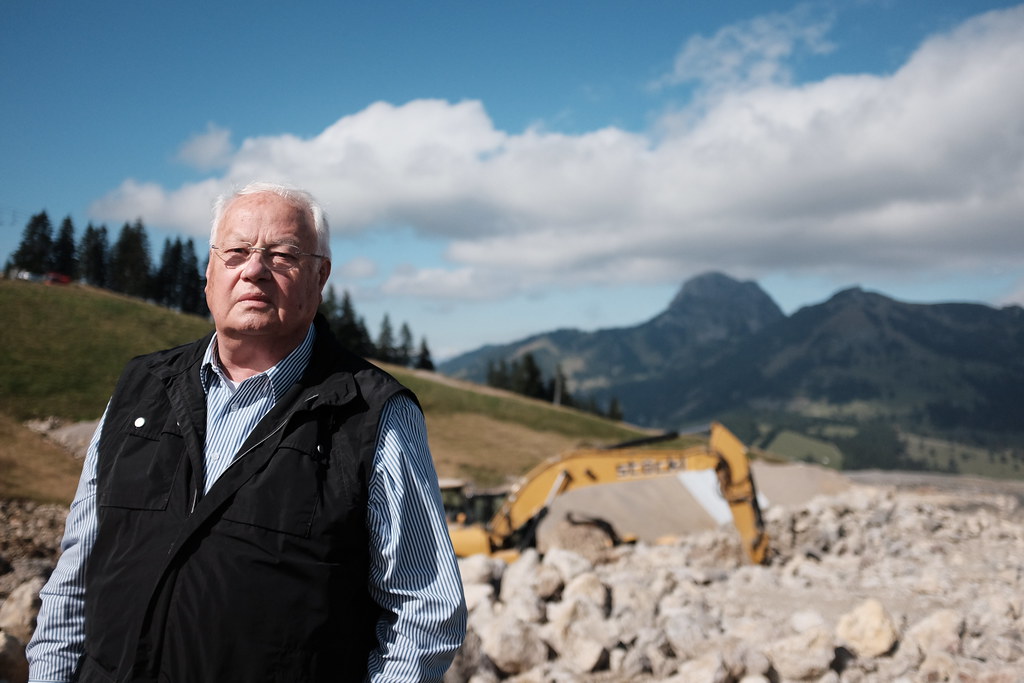 With firmware 3.00,  X-T1 users can now also enjoy this feature.

Here’s what the electronic shutter (ES) can do for you:

And here are some drawbacks of the electronic shutter:

Adding the Classic Chrome film simulation to the X-T1 is another feature that was already available in firmware 2.00 for the X-T1GS. Many users like (or even love) this JPEG rendering, so it’s nice to have it not just in the X30 and X100T, but also in the X-E2 and X-T1. Hopefully, it will also find its way into the X100S (internally, such a firmware version has been available for months) along with the promised intervalometer function that was already part of firmware 3.00 for the X-E2. 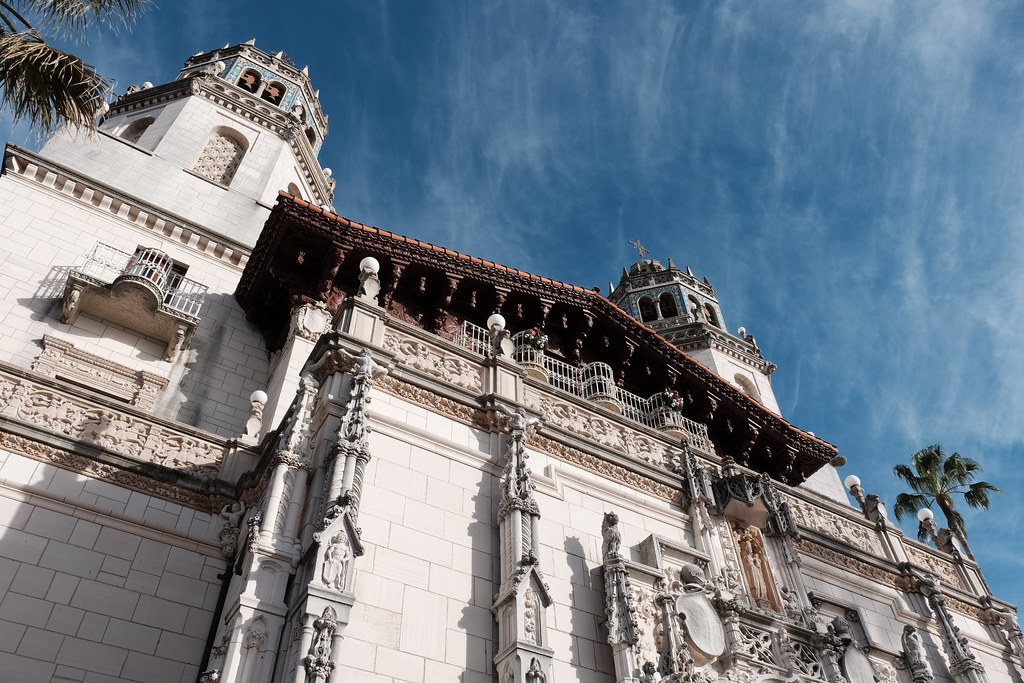 These improvements bring the X-T1 one step closer to the X30 and X100T. Here’s what you get (and don’t get):

Sadly, choosing this convenient option also means that you are giving up four of seven Fn buttons. Fuji could have mitigated this sacrifice by allowing the SELECTOR BUTTON SETTING menu to be a Fn button setting by itself. This could have facilitated a quick change of the selector button mode depending on what kind of subject you are shooting, but in their mysterious ways, Fuji’s product designers forgot to include this option in the Fn button menu. They also forgot to add an option that turns the Movie Recording button into another programmable Fn button. Funny thing, since the Movie button on the X30 already is a Fn button.

Yet another mysterious enhancement: MAIN MENU > BUTTON/DIAL SETTING > SELECTOR BUTTON SETTING > AE-L/AF-L BUTTON SETTING allows you to make the AF-L and AE-L buttons swap positions. This could be a nice feature if one could use it independently for the AF-L/AE-L buttons on the camera body and those on the vertical battery grip. But no, you can’t do that, so the user interface inconsistency between the camera body and the vertical grip remains: On the body, the AF-L button is located to the right of the AE-L button, but on the grip it’s located to the left of the AE-L button. Switching their positions both on the body and the grip simply mirrors the inconsistency instead of resolving it.

There are two notable enhancements for manual focus (MF) users:

No surprises here, as these features have already been available in the X30 and X100T.

The macro mode Fn button now serves as a toggle instead of a menu. Nice! We already asked for this feature when the original X100 was released. However, other functions such as Shutter Type Selection, Face Detection or Preview Pic. Effect still lead to cumbersome menu selections instead of serving as a toggle when they are assigned to a Fn button. Again, the X30 and X100T do a much better job here.

Like in the X30 and X100T, the Quick menu is now customizable. Each of its 16 blocks can control any of the following functions:

Like the X30 and X100T, the X-T1 now supports additional video frame rates (50P/25P/24P) to complement the existing 30P and 60P options. If anyone would actually shoot video with this camera, this might be good news for the PAL regions.

Additionally, firmware 3.00 adds manual controls to video, so you can now set your own aperture, shutter speed and ISO. And yes, you can use the camera’s film simulation modes for video recording.

Like in the X30 and X100T (I am sounding like a broken record now), there’s an option to have the spot metering area determined by the position and size of the selected AF frame. This is a convenient feature for concert and stage photography.

Face detection has been improved by providing an automatic fallback to the active focus frame in case face detection cannot find a target. This is a (so far) undocumented feature, possibly a last minute addition. However, it doesn’t come as a big surprise, because the X30 and X100T already offer this feature.

Program Shift has been expanded to allow shutter speeds as slow as 4 seconds. The previous limit was 1/4s.

Instead of one, the X-T1 now offers three slots for custom white balance settings.

This function locks the camera and prevents users from misconfiguring the camera by accidently pressing a button, turning a dial, pushing a switch or selecting a menu. You can lock the entire camera or configure this function individually for many dials, buttons and menu functions of the X-T1 (and an attached lens). All in all, I counted 36 camera/lens functions that can be individually locked or unlocked.

I have no clue what such an elaborate lock feature could possibly be useful for (especially since it isn’t protected by a passcode, so everyone can override or change it anytime), but it’s obvious that Fuji engineers have spent considerable time implementing it instead of directing their resources towards other features and improvements that we actually need.

Flash Compensation, Shutter Type, Preview Pic. Effect, Preview EXP./WB in Manual Mode and the Lock function can now be assigned to any of the camera’s seven (or three, depending on your Selector Button Setting) Fn buttons.

As mentioned before, the Selector Button Setting function cannot be assigned to a Fn button. And the Movie button is still useless for those 99.5% of us who don’t shoot video with the X-T1.

The X-T1 now also supports direct Instax Share printing via wifi. Sounds good, but the image is automatically cropped from 3:2 to 4:3, so be careful when you use this feature. Personally, I prefer transferring my images to a smartphone or tablet and printing them from there using the Instax app.

Autofocus and manual focus work hand in hand in this new feature, which is also available for the X-Pro1, X-E1 and X-E2. That’s why it deserved its own little column.

Using the USB port, the X-T1 can now be controlled from a personal computer running Windows. Since this feature requires additional software, I will cover it in a separate column once I get my hands on a (near-)final version of the control software.