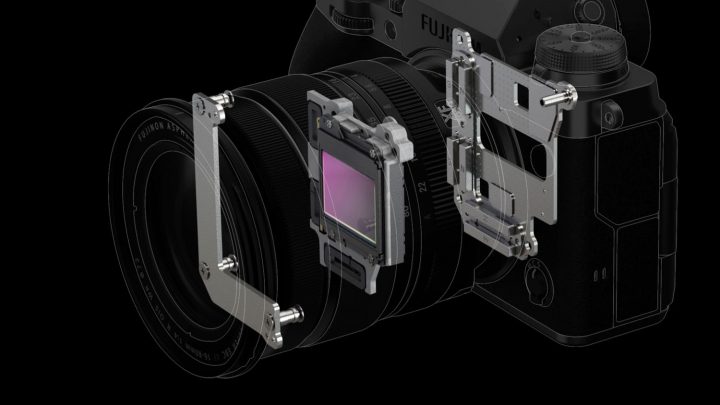 The number of stops that an IBIS (In-body image stabilization) system can deliver depends on a variety of factors, including the on-board hardware and the performance of the IBIS unit and the gyro sensor that detects the amount of blur.

Consideration must, in fact, be given to performance on many fronts, including the control technology for the aforementioned hardware and the question of whether a gyro sensor should be used at all.

This question is an extremely important one when it comes to accurately measuring the components of blur, as many elements in the camera produce noise that can adversely affect gyro sensors. When designing a camera with IBIS, one must consider from the very first how internal assemblies can be added and the chassis modified to reduce noise. High-performance IBIS systems cannot simply be ordered off the shelf.

We must also consider an element external to the camera: the lens.

We may call it “in-body image stabilization”, but in reality, an in-body system provides image stabilization only on the roll axis, meaning that the camera accounts for only one-fifth of the performance of a five-axis system. It is only in combination with a lens that an IBIS system reaches its true potential. 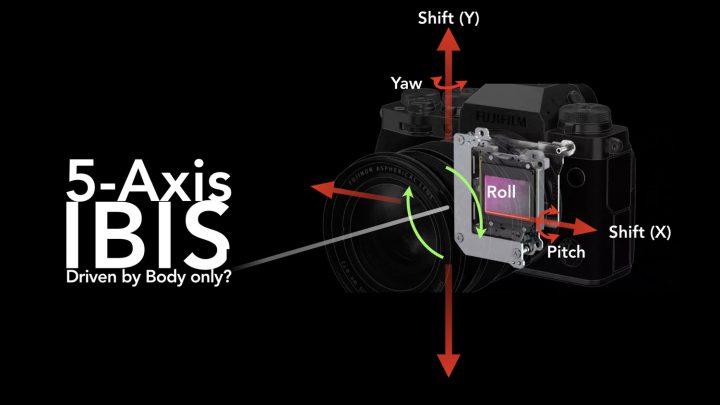 The first important factor is the focal length. The camera gyro sensor can detect only changes in angle, but if data on focal length are available, we know how to move the CMOS sensor to stabilize the image. This is how the camera can compensate for blur caused by motion on the pitch and yaw axes. 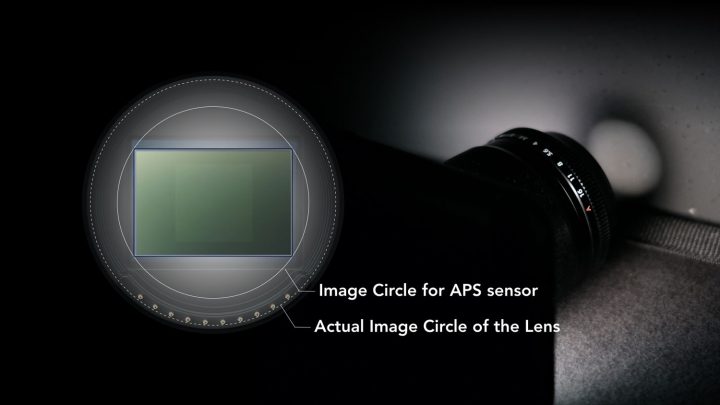 Lenses have still more to contribute to IBIS: the image circle. Even lenses of the same format―APS in this case―will not have the same image circle, and not a few prime lenses in the XF series have image circles wider than those of lenses for APS cameras. A good prime lens is designed to take advantage of the highest-quality image in the center of the wider circle. This has a beneficial effect not only on image quality but also on image stabilization, as it gives room for movement to compensate for camera motion. If you’re like me, the first thing you actually want to try with the X-T4 are prime lenses designed to maximize image quality. Nothing could make me happier than if most of them were to achieve 6.5 stops of image stabilization. 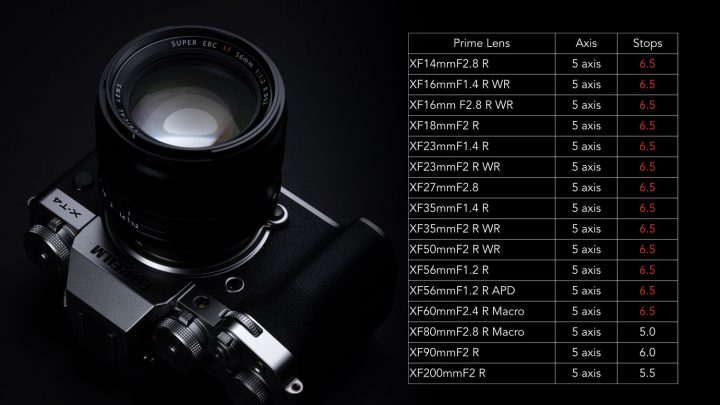 The last important element is information on focus position, or in other words the distance to the subject, which is needed for image stabilization on the vertical and horizontal shift axes. For users of Fujinon lenses this is just common knowledge, but it’s something to which users of mount adapters need to pay attention. Some mount adapters offer autofocus, but the autofocus protocols used by the adapters differ from those for the attached lenses, simply driving lens autofocus by force. This type of autofocus does not necessarily provide the camera with feedback on the focus position and may in fact provide input that differs from the actual value, possibly causing incorrect image stabilization. For the best balance, try using the X-T4 with XF lenses first and then occasionally using third-party lenses.