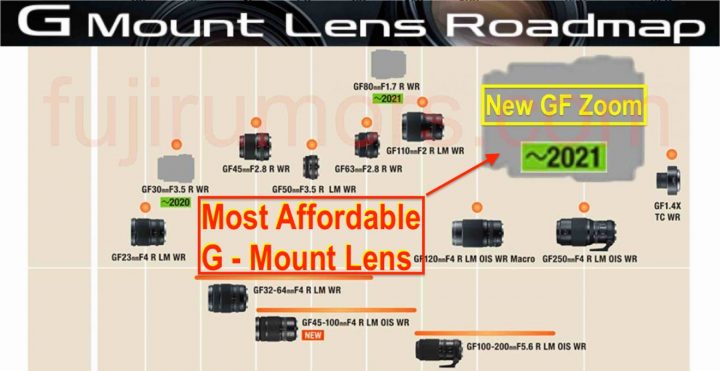 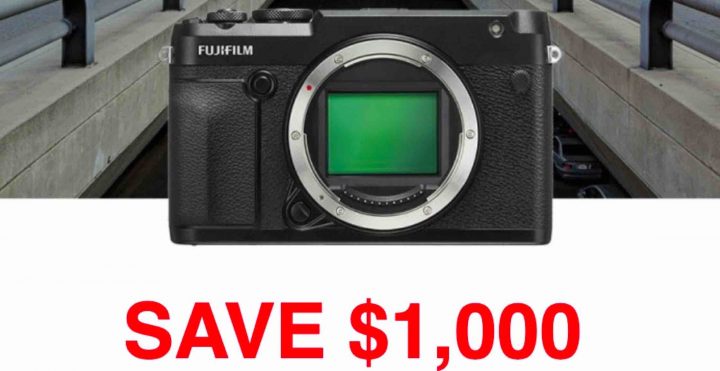 Fujifilm has now added the Fujifilm GFX50R to the current GFX deals.

After purchase of your GF lens, go to this page to claim your money back.

ThePhoBlographer got his hands on a Fujifilm GFX100S since a few days, and here is initial feedback shared in two videos:

Honestly, considering that this is just prototype firmware and that MF is not known to be master of speed, I have a hard time to believe that kind of autofocus performance.

What we know is that there is a new and improved algorithm in the Fujifilm GFX100S, that speeds up single, tracking and eye autofocus. So I definitely expect a sensible improvement over the original GFX100. But how much it was able to come close to high end full frame or APS-C cameras, that remains to see once more reviews come in with final production firmware.

Down below we also add a quick eye autofocus demo of the Fujifilm GFX100S. It’s a Japanese first look on the GFX100S, and I will let you start the video at 17:46 to get direct access to the quick eye AF demo.

Always covering the brand new GFX100S, ZP Productions shared an initial look at the GFX100S and compares it to the original GFX100. Here is what he says:

As for the joystick, you can set it that it works always, or that it works only after you clicked it (or even turn it off completely). Maybe the reviewer had it set to “press first than move”, which could explain why he had to push hard, probably until he accidentally pressed so hard that he pressed in and activated it. Or it’s just because it’s a pre-production sample. Frankly, I would not worry about it at all.

Check out all videos down below.

Fujifilm has launched a series of promo videos called “more than full frame“.

But unlike the title might suggest, the promo videos talk less about specs, but are more on the inspirational side… and I like that for sure!

I will share all videos below, but let me add a little note first.

After the Fujifilm GFX100S was announced, I saw a few videos of big youtubers, who consistently stood behind full frame as the only real professional format (ignoring that Fuji APS-C cameras creamed off the most prestigious awards), saying basically the following things about the GFX100S.

Sure, I can understand that some influencers, who have strong connections with brands that don’t produce medium format cameras (and are not committed to APS-C), are arguing a bit contradictory and confusing these days.

In this regard, I respect youtubers like Tony Northrup, who just consistently said that he does care about megapixel and the more megapixel he gets, the better it is for him. Or also Jared Polin, who in a video asked Fujifilm to send him a GFX100S for testing (but Jared, maybe we can schedule a call first to organize a Fuji crash course, so that you avoid flaming again that you can’t move the focus point while face detection is enabled ;)).

And what does FujiRumors say about the sensor size debate?

Simple and true: every system has its strengths.

As for hybrid cameras, I consider APS-C the ultimate sweet spot (and so do these industry insiders like Richard Butler from DPReview and Co).

It’s just great we have all this choice and whatever people pick, it’s surely the best system for their needs.

Personally, I am very happy with my Fujifilm X system. It’s so flexible. Small lens, big lens, fast lens, compact lens, bulky camera, super compact camera, affordable, expensive, hyperbolic specs, simplicity, retro, modern… there is so much to pick from depending on needs and taste in the Fujifilm X system, that I personally do not see any need to go full frame. I’d lose more than I’d gain (for my personal needs and preferences).

If I’d add a system to my camera bag, at this point I’d just go for the very best image quality I can get (for a reasonable price), hence with a sensor that is 70% “fuller” than full frame. Especially now, where the Fujifilm GFX100S dropped for a price cheaper than the Sony A1 and a body smaller than the Panasonic S1R.

But that’s just me, my needs, my taste, and totally personal.

If you shoot full frame and say it’s the best of the best, then it surely is like this for you, and you are blessed with lots of mirrorless options, too. 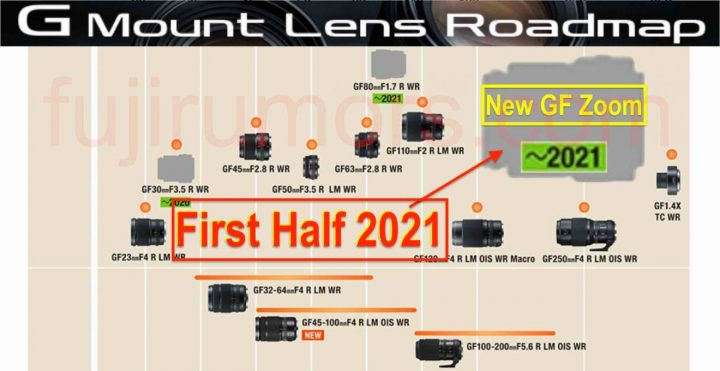 Recently we told you that Fujifilm will launch a new Fujinon GF zoom in 2021.

Trusted sources would like me to specify, that the GF zoom will come in the first half of 2021.

Fujifilm is seriously stepping on the gas with the GFX system in 2021! Keep the good stuff coming, Fujifilm!