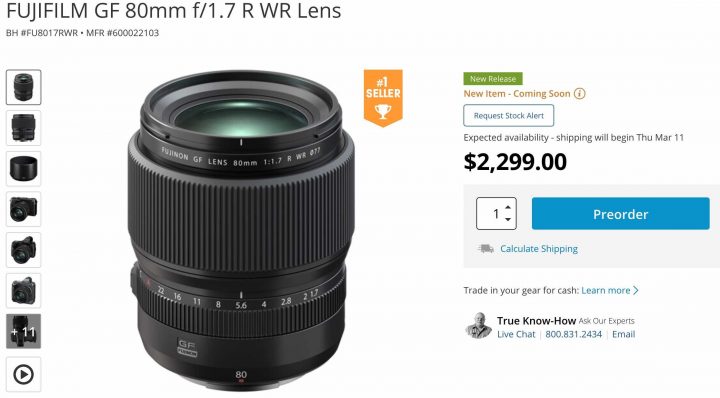 We continue covering Fujifilm’s Focus on Glass series, this time with the Fujinon GF80mmF1.7. Down below is a summary.

Also down below you can find the final review of the Fujinon GF80mmF1.7 by Dustin Abbott and ZP Productions (videos + summary).