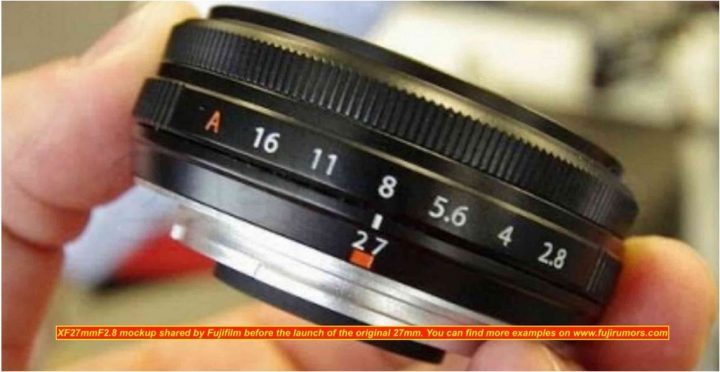 It had to happen this way!

According to our trusted sources, Fujifilm decided to launch the Fujinon XF27mmF2.8 MK II along with the Fujifilm X-E4. Both will be announced in early 2021.

This makes a lot of sense, as the XF27mm pancake prime is the perfect fit for a camera so small and portable as the X-E series.

Will I buy both?

I don’t know yet.

I am so happy with my X-E3, that the X-E4 needs to have a couple of new nice features in order to convince me to get rid of my X-E3 for the X-E4. A simple tilt screen (please no selfie-stuff), a combined ISO/shutter dial as on X100V and X-Pro3, all the latest film simulations and autofocus algorithm… give me all that, and it will be hard for me to resist to it.

The new XF27mmF2.8 MK II instead needs just one thing: an aperture ring! Give me that, and I am all-in!

And even though I have no additional rumors about the XF27mmF2.8 MK II for now, I will probably sell my current 27mm just before the new one hits the market and the old one inevitably loses value.

It’s an act of faith: Fujifilm originally planned the XF27mmF2.8 to come with an aperture ring (as you can see in images we share in the past), and I have faith (no information, just faith) that Fujifilm will put the aperture ring back in the new 27mm.

Yes, I know, when Fujifilm released the latest X mount roadmap, the XF27mmF2.8 II was not included in the list of new lenses.

But you might have missed it, how, ahead of the new X mount roadmap, I warned you here: the XF27mmF2.8 MK II is coming, but won’t be on the new roadmap.

You don’t have to, but I strongly invite you to trust me: the XF27mmF2.8 MK II is coming, and today we know it will come along with the X-E4.

Black Friday officially starts on November 27, but it looks like Amazon was rather impatient, and already put its Black Friday pages live. 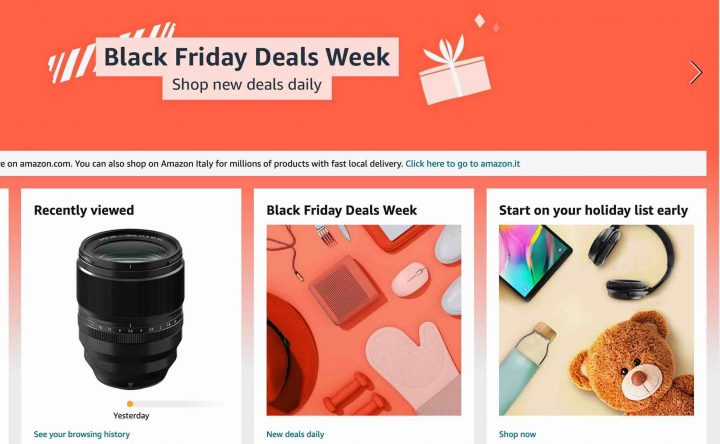 The Fujifilm X-T4 turned out to be a great investment already just for the COVID-19 online teaching I had to do.

I am not he biggest fan of the selfie screen (for the reasons I elaborated here), and for my needs the 3-way tilt screen is clearly superior, but other than that it’s such a powerful machine, that sometimes I find myself grabbing it over my X-E3, just because of sheer performance-boost it gives me.

As for the XF56mmF1.2, it was supposed to get heavy use at my friends’ wedding, but due to COVID-19, it has been postponed to next year. And since overall we try to be careful and avoid crowded events and gatherings of people, where the XF56mmF1.2 would shine to take some candid portraits, I used it less than I would have wanted. But I use it, even if just for taking pictures of my old dog in a lonely forest, and I love its output. Although, I must admit, the XF50mmF1.0 is my new forbidden dream already.

Damn, life with GAS is complicated :).

Anyway, with new gear joining my X arsenal, other gear had to go.

Hence, here is what I just shipped to new owners:

I put it up for sale for €290, but that’s hard to sell. It’s an X-T1 without mushy buttons, with super-sticky rubber, no light-leak… a perfect X-T1. But while the lenses sold like hot cakes within 24 hours, the X-T1 is still there for sale.

But more gear will be put on sale I guess. Why? Down below the list of gear I own, and what will probably be sold next… and what I will keep.

I am 100% sure that the XF10-24mmF4  MK II and the XF27mmF2.8 MK II are coming. After the announcement of those lenses, Fujifilm will probably drop prices on the MK I versions, just as they significantly dropped the price on the XF56mmF1.2 right after the XF50mmF1.0 announcement.

Hence, if you are considering to get the MK II version, you might be better off selling the MK I sooner rather than later.

Also, I am in the market for at least one more lens. And I will ask you a clear and specific recommendation. But not now. Time will come pretty soon, when you’ll be able to guide me through my buying decision, just as you did with the X-T4 and XF56mmF1.2.

Until then, take care, stay safe, and have fun with whatever gear you use. 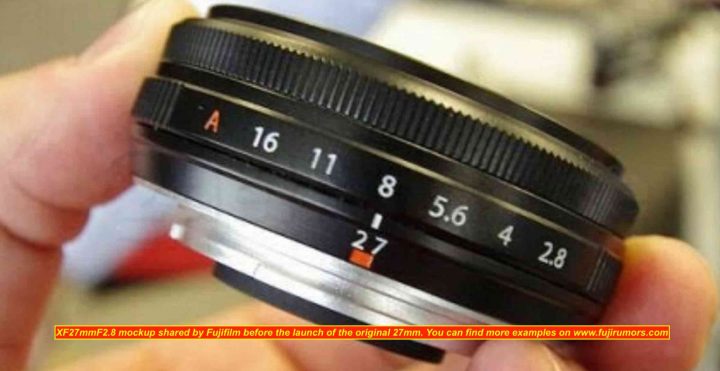 Here is the fact: a Fujifilm manager said back in February 2020, that, within the next 12 months, there will be 4 new Fujinon X mount lenses.

FujiRumors has investigated, and thanks to our sources we were able to tell you back in May here, that two existing Fujinon X mount lenses will be updated.

I know, this will divide many of you.

Personally, as a happy owner of the Fujinon XF27mm f/2.8, a MK II version of this lens would make me very happy.

Just, dear Fujifilm, don’t make the same error you did in the past, and don’t forget to put an aperture ring on it, and keep it as you showed us in the XF 27mm mock-ups of 2013 here.

I included the XF27mm in my “5 most underestimated Fujifilm X-series products” trilogy, and Antonio calls it “the best unnoticed lens on fuji world“

With that said, here is the updated FujiRumors X mount lens roadmap.

If you are a long time FR-reader, maybe you’ll remember the FR-birthday quiz I made back in 2016.

In that quiz, we discovered that the XF27mm f/2.8 was the second best selling Fujinon prime lens of all time until December 2015 (find out who was the best seller here).

Let’s hope the new version will repeat that big success.