Lots, if not everything, has already leaked here on FujiRumors about the upcoming Fujinon GF35-70mm f/4.5-5.6.

Another tidbit, though, we can add today, is that the Fujinon GF35-70mm f/4.5-5.6 will weight less than half than the one Fujinon G mount lens I own and I am totally in love with as it is a prime lens that can zoom: the Fujinon GF32-64mmF4 R LM WR (which weights 875g).

I see what Fujifilm is trying to do here.

I mean, how the heck can any zoom lens compete with the stellar GF32-64?

Certainly the GF32-64 is unbeatable in terms of image quality. I mean, have you seen the image I’ve shared of the village I live in and I did a massive crop and you could still clearly recognize the curtains on my sleeping room? And the lovely pop it has even when shot af f/5.6?

If you can’t beat it in terms of image quality, then beat it in almost everything else: make it much smaller, much lighter and much more affordable, and it will have a chance to carve out its niche among Fujifilm GFX shooters.

I personally will stick with the Fujinon GF32-64mmF4. Mainly because I already own it, and because I used it on a 6 hours hike recently. I packed with my GFX100S in my small Camslinger Outdoor bag (yep, it still fits in that small bag !!) and hiked no problem with it.

So for now I don’t see the need for the GF35-70mmF4.5-5.6, although having such a light and compact G mount zoom would certainly be a temptation for those looking to make their GFX system as portable as it gets, maybe in combination with the super small GF50mmF3.5 prime. 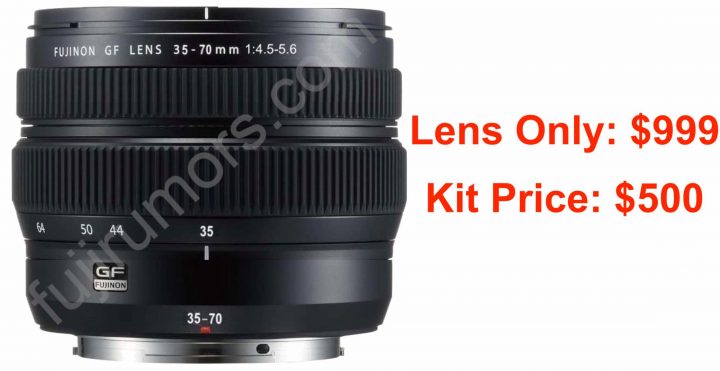 This makes it the most affordable G mount lens along with probably the next lens I’ll buy for my GFX100S, the Fujinon GF50mmF3.5.

To Be Announced on September 2 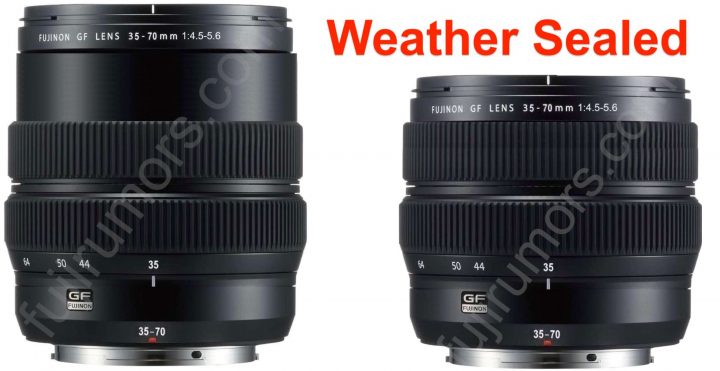 FujiRumors told you already back in March (!!!) that Fujifilm will launch the Fujifilm GFX50SII.

And over all these months, we have leaked, price, specs, release date and more.

We have also told you that, along with the Fujifilm GFX50SII, Fujifilm will launch a new and affordable zoom lens, the Fujinon GF35-70mmF4.5-5.6.

When we leaked the first details (no aperture ring, $500 kit price, etc), some FR-readers were sure that this would be the G mount equivalent of the Fujinon XC lenses, hence just a plastic mount and possibly not even weather sealing, in order to keep it as cheap as possible.

But that’s not correct.

The Fujinon GF35-70mmF4.5-5.6 will have a metal mount and, that’s today’s rumor, according to our sources it will also be weather sealed! 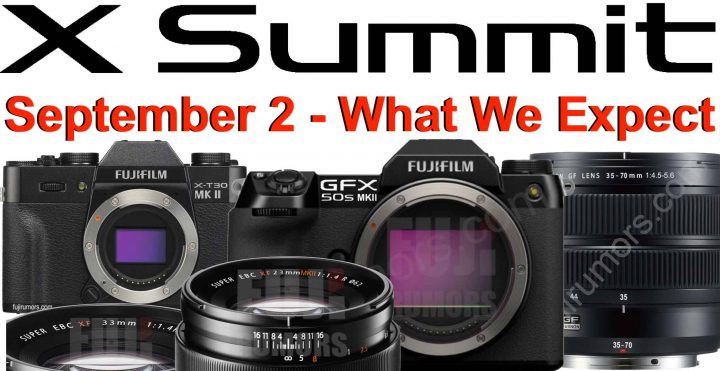 The last few weeks have been extremely busy in terms of rumor work here on FujiRumors.

Lots has already been shared, but I am working on so much more.

And since I believe you might enjoy summer, hence might not have spend all that time online, here is a complete recap of what we expect to be announced during the Fujifilm X summit on September 2 in terms of new gear.

All this gear will be available for pre-order on September 2.

And of course, this is the gear I have heard of. I don’t know if anything else will be announced in addition to that. We will find out soon enough.

Of course, FujiRumors will cover the event live here on FujiRumors.

As for the specs of the various lenses and cameras, check out our rumor section to find the information you are looking for. 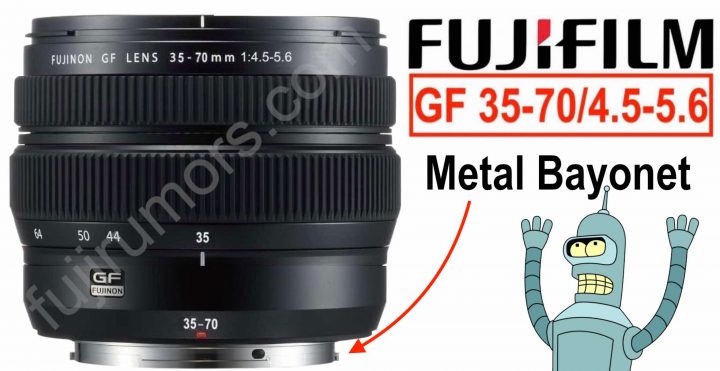 And today we have one tidbit, that might surprise some FR-readers, who where sure it will have a plastic bayonet.

Well, I am sorry to disappoint you ;).