Today you can support my work here on Fujirumors. If you choose to pre-order it using one of the shoplinks (AmazonUS, BHphoto, Adorama, wexDE, wexUK & Co) in this post, FR will get a small commission on it. It won’t cost you a single penny extra on your gear. Thanks in advance to those who decide to support this blog… your support will keep this blog running.

After postponing the date at least twice, Fujifilm is finally announcing its highly-anticipated 18-135mm weather resistant zoom lens for the X-T1 and other X-Mount system cameras, promising very good image quality and world record breaking 5 stops OIS performance at a reasonable price (799 EUR  incl. VAT here in Germany). All this in a more compact package than its Canikon competition (EF-S 18-135mmF3.5-5.6 IS STM and Nikkor 18-140mmF3.5-5.6 G ED VR). 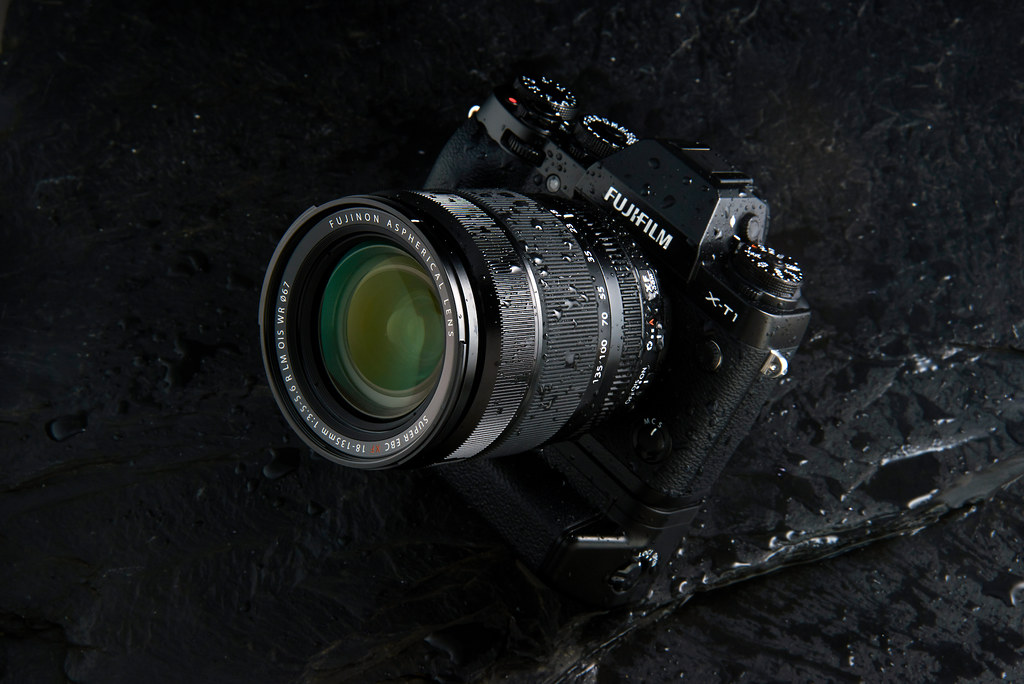 I was able to shoot with a prototype and an early pre-production sample of the lens in May and June, also testing it at two recent Fuji X Secrets workshops south of Nuremberg. Since all my current workshop offerings are sold out except for one remaining slot for our workshop in Berlin on 20JUL, I have decided to offer another workshop in the Nuremberg area on 9AUG. Registration is now open.

As you know, the X-T1 features a weather resistant body, making the XF18-135mmF3.5-5.6 R LM OIS WR a fitting companion. “WR” means Weather Resistant, and according to Fuji, the lens features a dust-proof and waterproof structure with weather resistant sealing applied to more than 20 different areas. 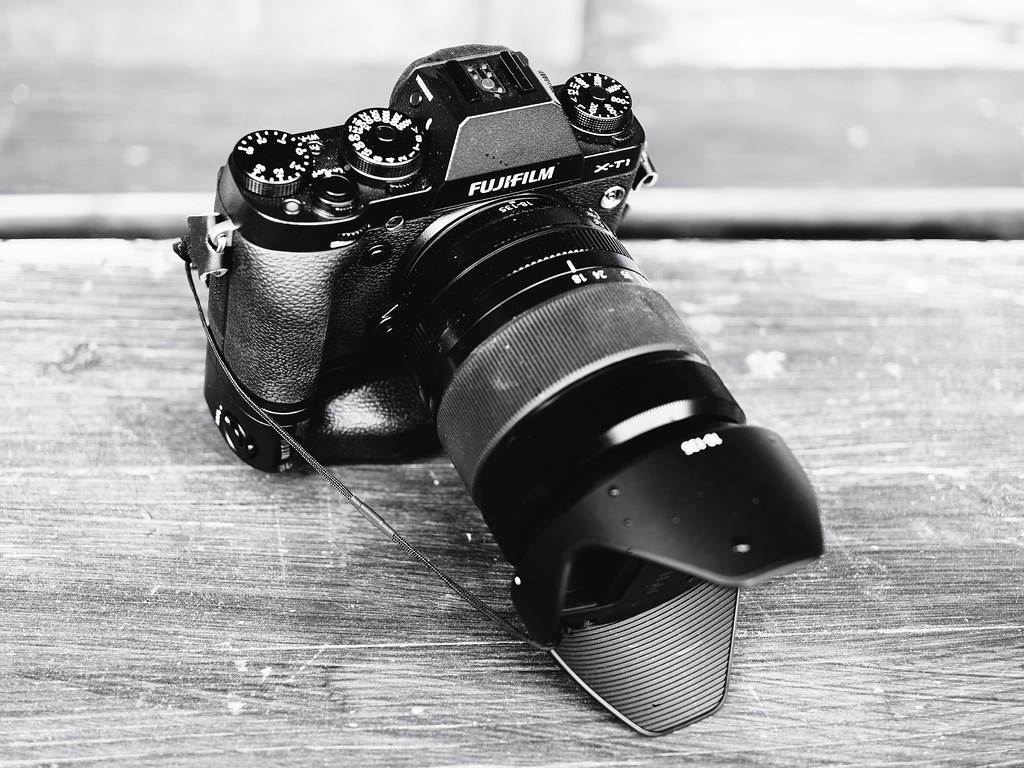 Most of this sealing technology goes on inside the lens. At first glance, it’s hard to spot or feel any differences between this new WR zoom and conventional XF zooms like the 18-55mmF2.8-4.0. This is a good thing, as the weather sealing of the X-T1 resulted in buttons and switches becoming somewhat less accessible and responsive than in conventional models like the X-E2. Not so with this weather resistant zoom.

The new lens comes with a plastic hood and a 67 mm filter thread. It features the usual switches for OIS on/off and aperture mode on the barrel, and there’s also an unmarked aperture ring, a zoom ring and a manual focus ring. 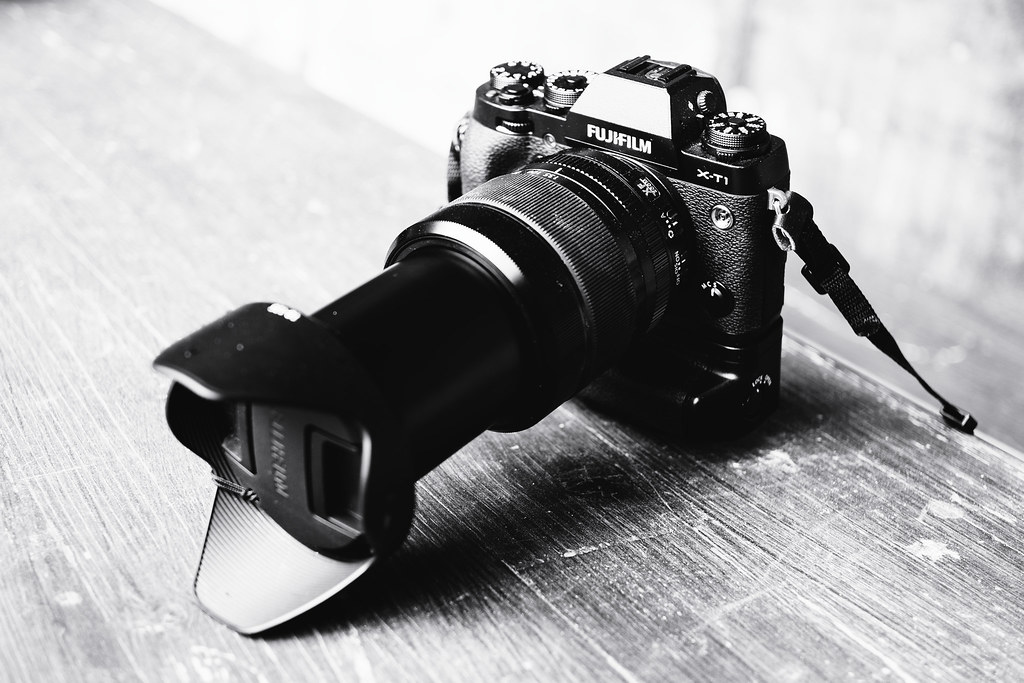 Size-wise, the new zoom is positioned between Fuji’s XF10-24mmF4 wide-angle zoom and the XF55-200mmF3.5-4.8 telephoto zoom. As usual, it looks heavier than it actually is: The lens weighs 490 grams, making it just as heavy (or light) as its before-mentioned (and less compact) competitors from Canikon. 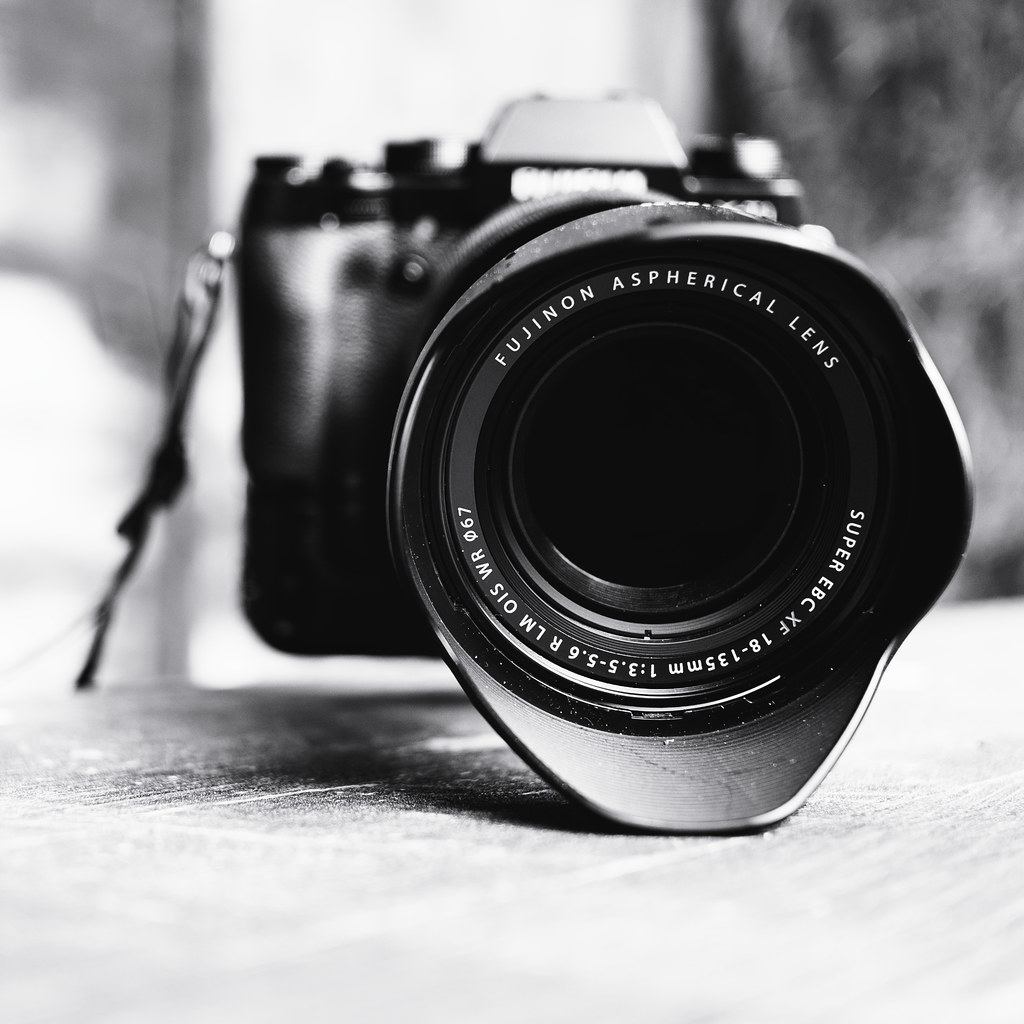 As with most modern zoom lenses, there’s some minor optical distortion which is digitally corrected in-camera and in external RAW converters that support RAW metadata correction, such as Lightroom/ACR, Capture One, Silkypix, Iridient Developer or Apple Aperture (the latter lacking automatic vignetting correction).

Distortion changes from barrel to pincushion type somewhere between 20 and 30 mm focal length. The overall amount of optical distortion is very moderate and surprisingly low for a lens of this reach. I can provide examples with and without digital distortion correction as soon as production samples of the lens become available. 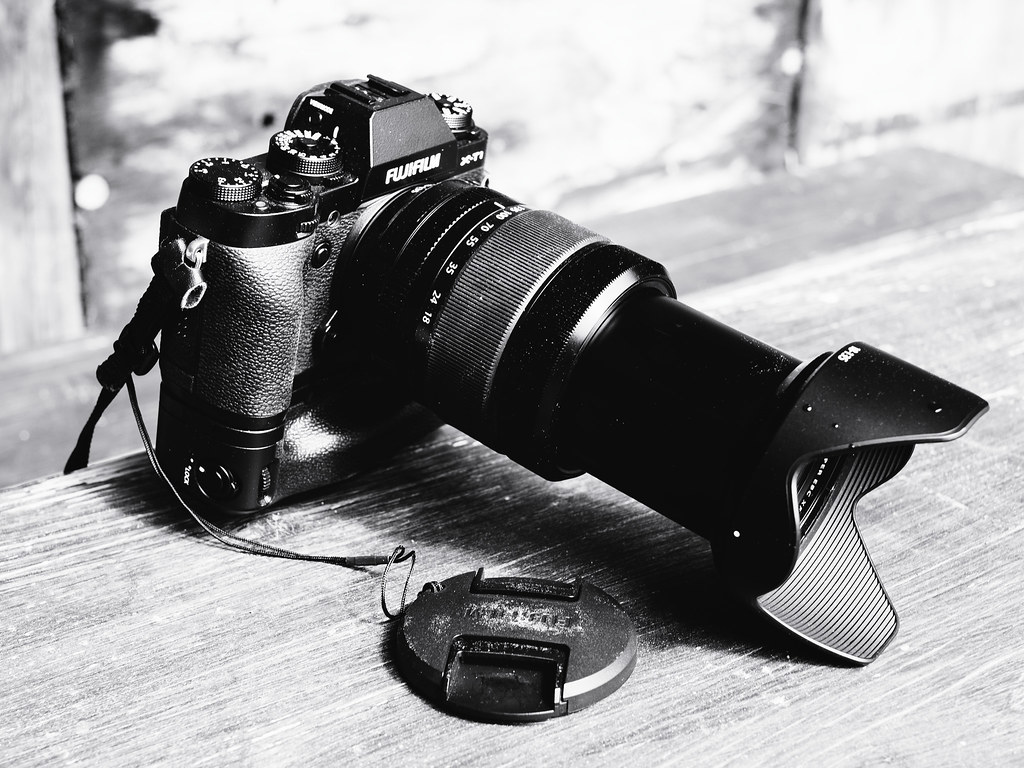 The autofocus of the lens is based on an inner focus system and works very fast, with a CIPA tested maximum AF speed of 0.10 seconds. This is faster than the CIPA numbers for the Canikon competition, which clock in at 0.13 seconds (Canon) and 0.39 seconds (Nikon).

In my practical tests with a yet unfinished pre-production sample using beta firmware on an X-T1 and X-E2, I found the lens to focus quicker and with a better AF-C tracking hit rate than Fuji’s current 18-55mm and 55-200mm XF zooms. 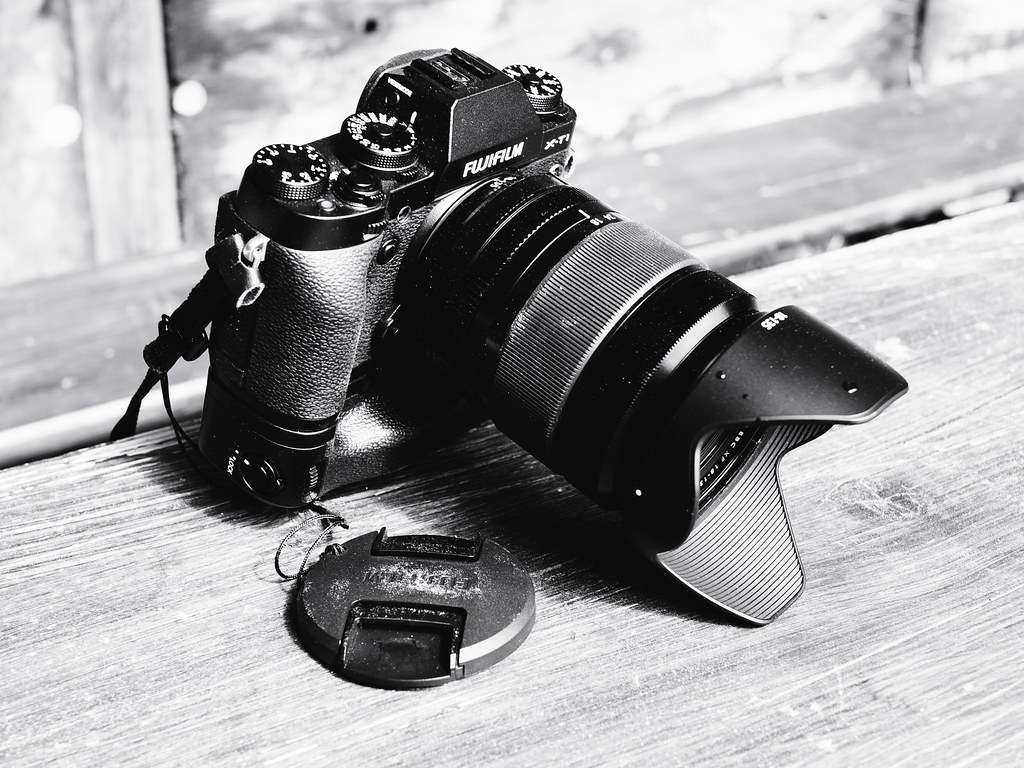 By the way: I made the above “product shots” with an X-M1 and a XF27mm pancake lens. Click here to see the set on Flickr. Initially dismissed as an inferior product, the pancake lens seems to become more popular by the hour.

One genuine highlight of the new XF18-135mm zoom is its improved optical image stabilizer (OIS): Fujifilm in promising five stops of additional headroom in the slow shutter speed department. This claim has of course been confirmed by CIPA, making the XF18-135mmF3.5-5.6 the first (and currently only) existing lens featuring a five stops OIS. My initial tests with a pre-production sample support these assertions. According to Fuji, the world record OIS performance is possible thanks to two newly developed high-precision gyro sensors and a unique algorithm that also works at very slow shutter speeds like 1/4s.

Fujifilm is very confident about its improved OIS technology and has even released a video that is directly comparing the OIS of the new XF18-135mm zoom with a [shoplink 25819]Canon EF-S 18-135mm lens[/shoplink]. Click here to watch the video in case you have missed it elsewhere. 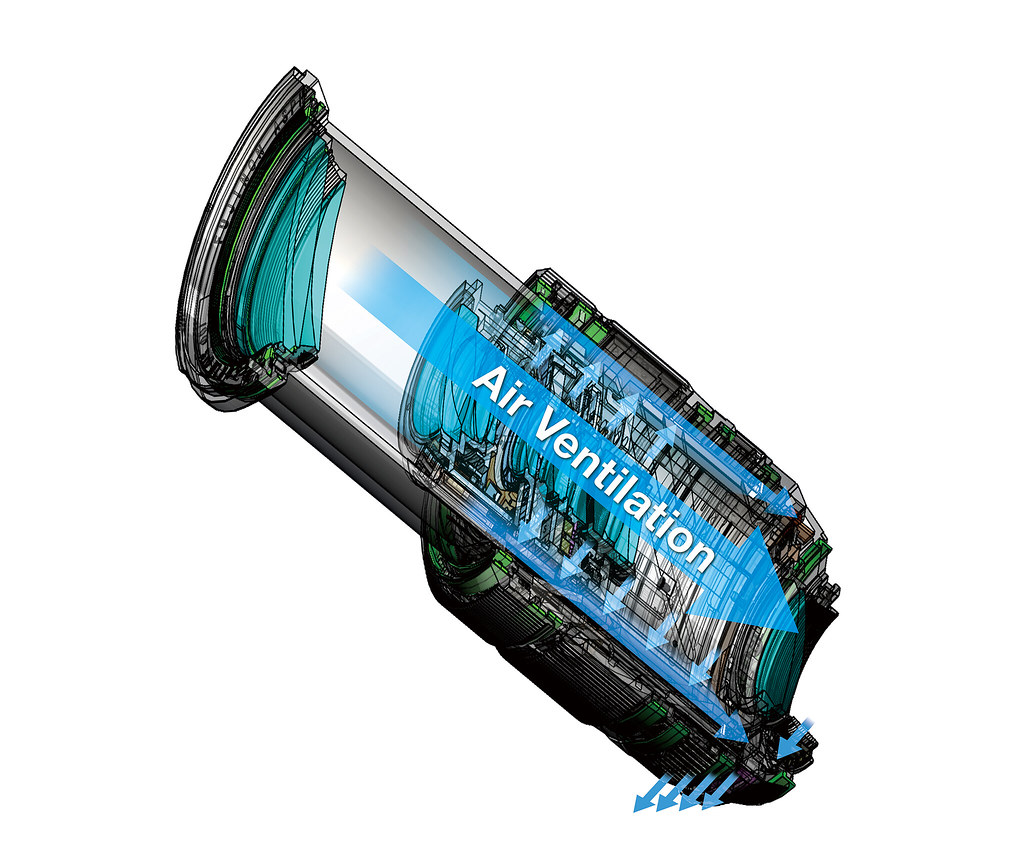 Fuji says that in order to protect the lens construction from water and dust, joint parts have been sealed with more than 20 rubber rings. A ventilator has been installed in the lower part of lens barrel to realize air circulation while preventing water and dust from entering. When production samples become available next month, I’m sure it won’t take long till a reviewer takes a shower with it.

I found shooting with this new zoom pretty enjoyable. The key word here is versatility. Covering the full-frame equivalent of 27-206mm, the XF18-135mm is designed to be the only lens you may need during a trip or vacation. 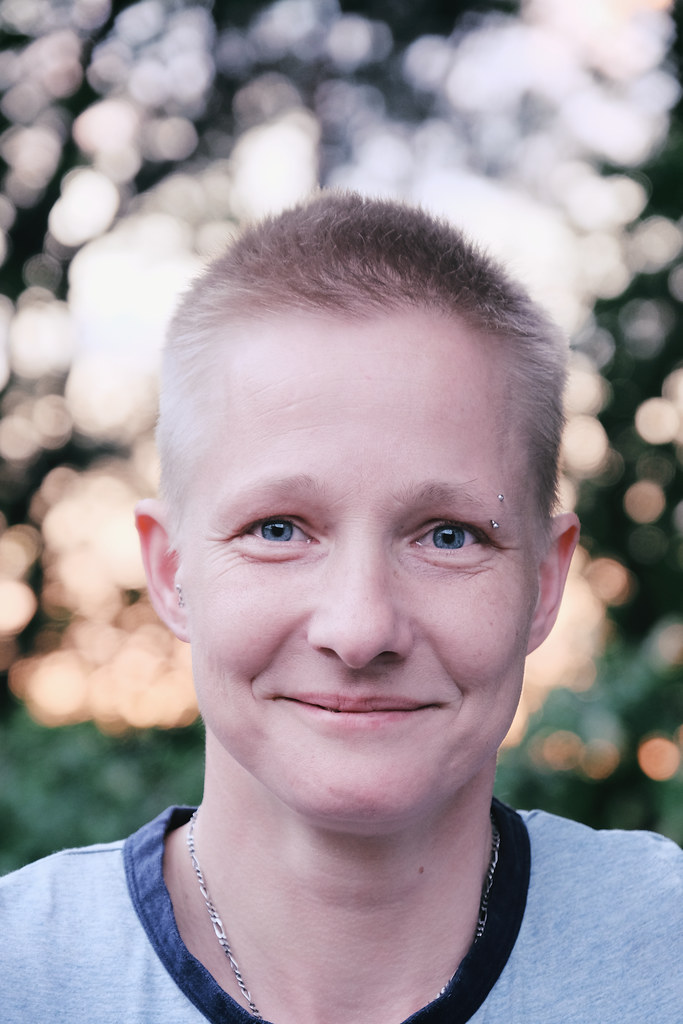 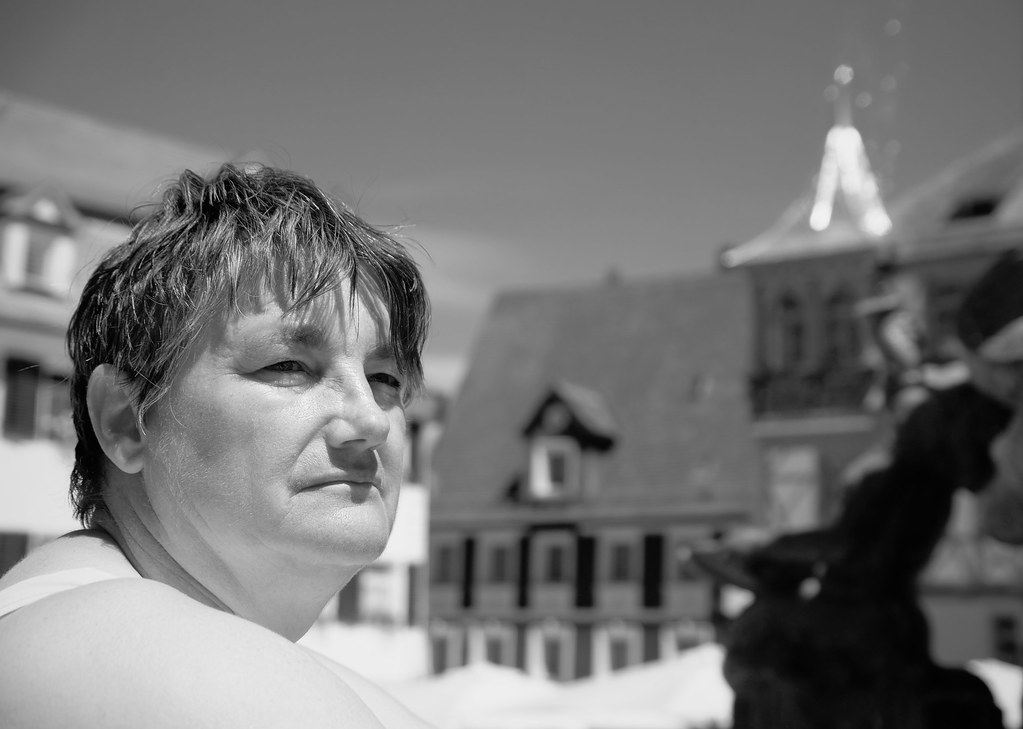 With a minimum focus distance of 45 cm at all focal lengths, it even qualifies as a light tele macro lens. 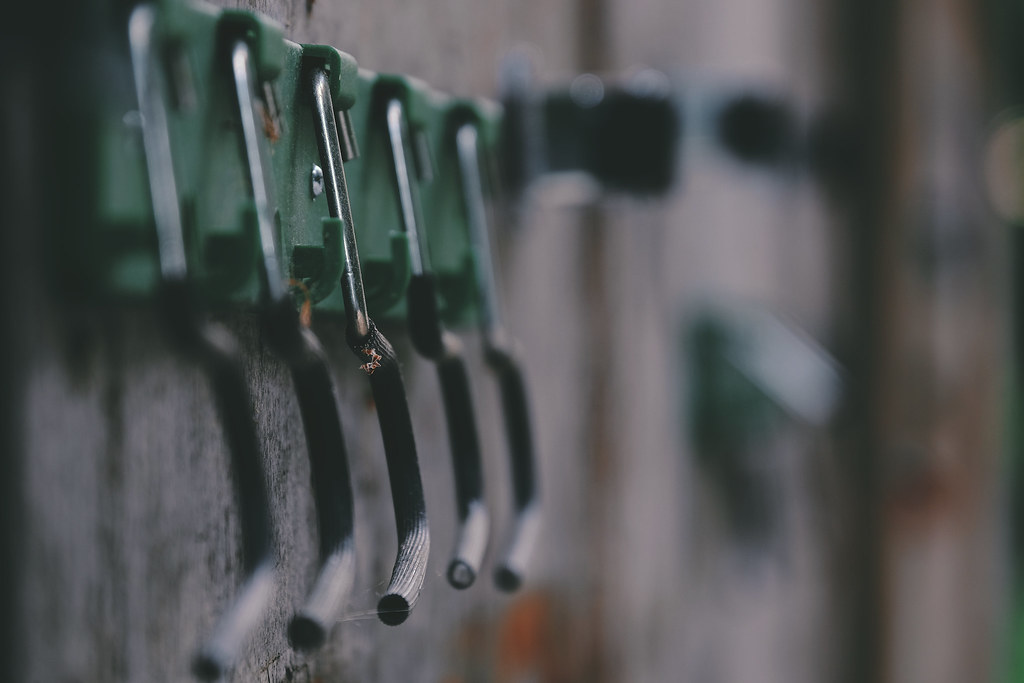 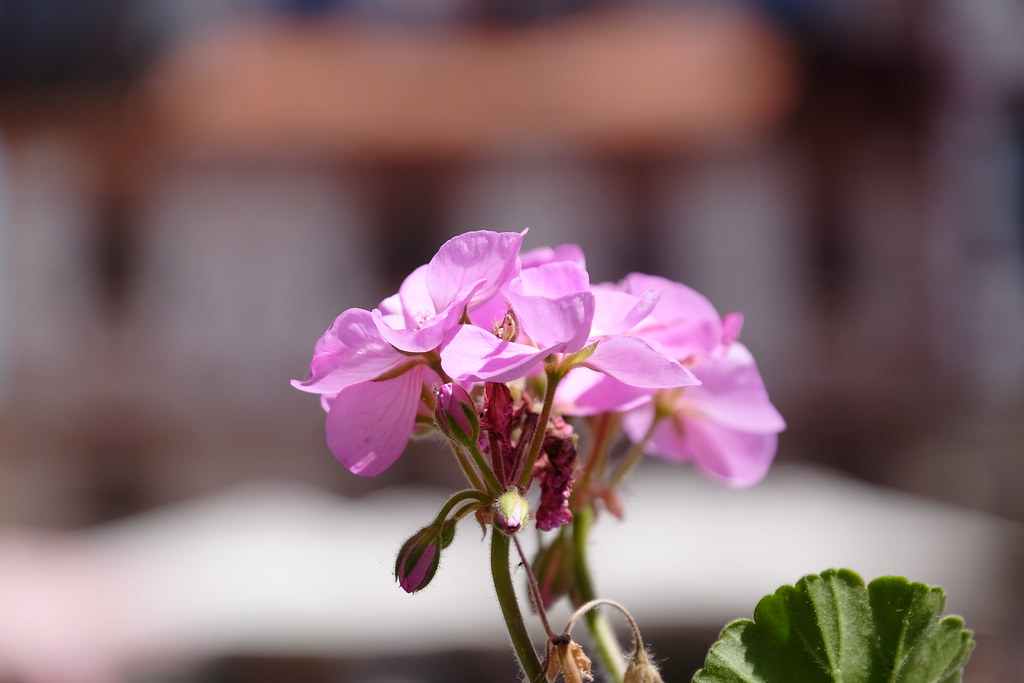 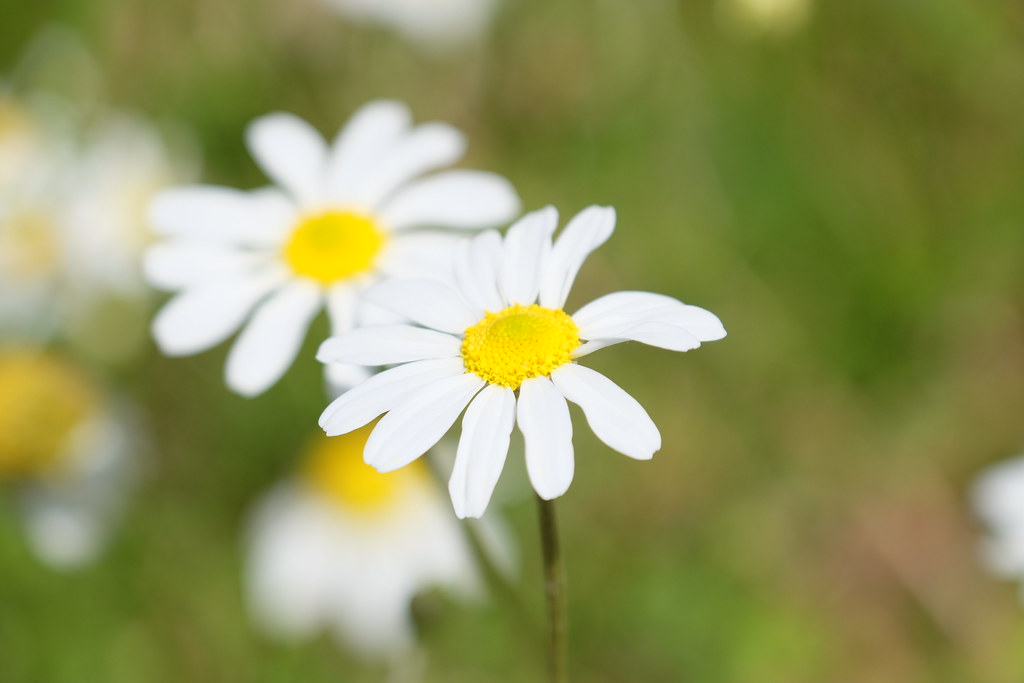 Sadly, I can’t show you any full-size samples, yet, as both the hardware and the software of my lens and camera weren’t final. Yes, you read correctly: Your camera will need another firmware upgrade in order to fully support the 18-135mm zoom.

I will open a sample gallery after I have received a final or close-to-final copy of the lens. 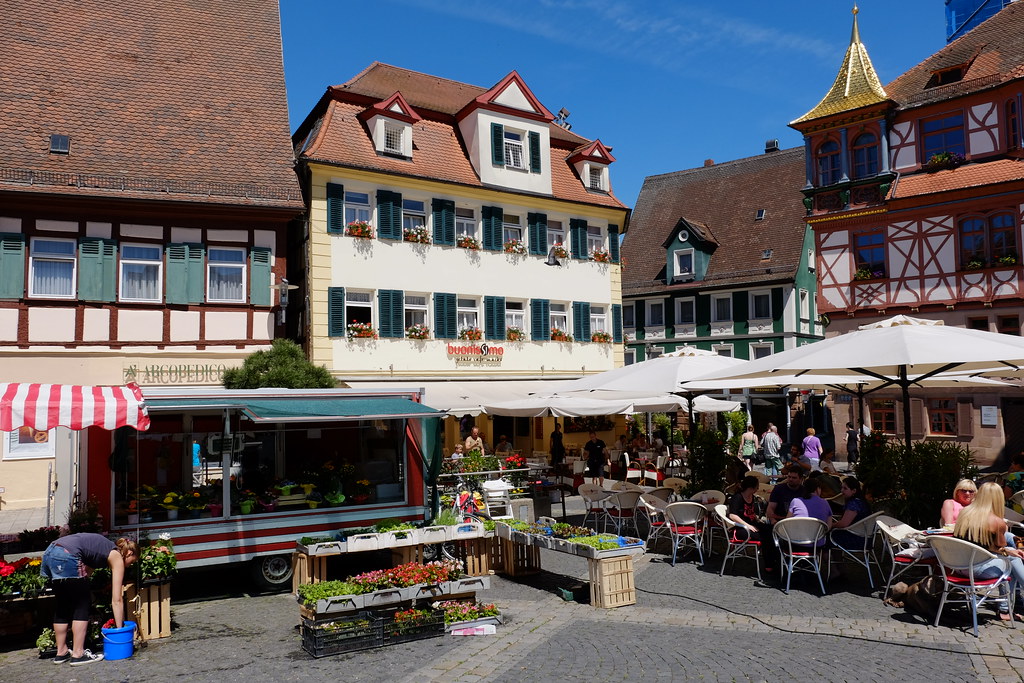 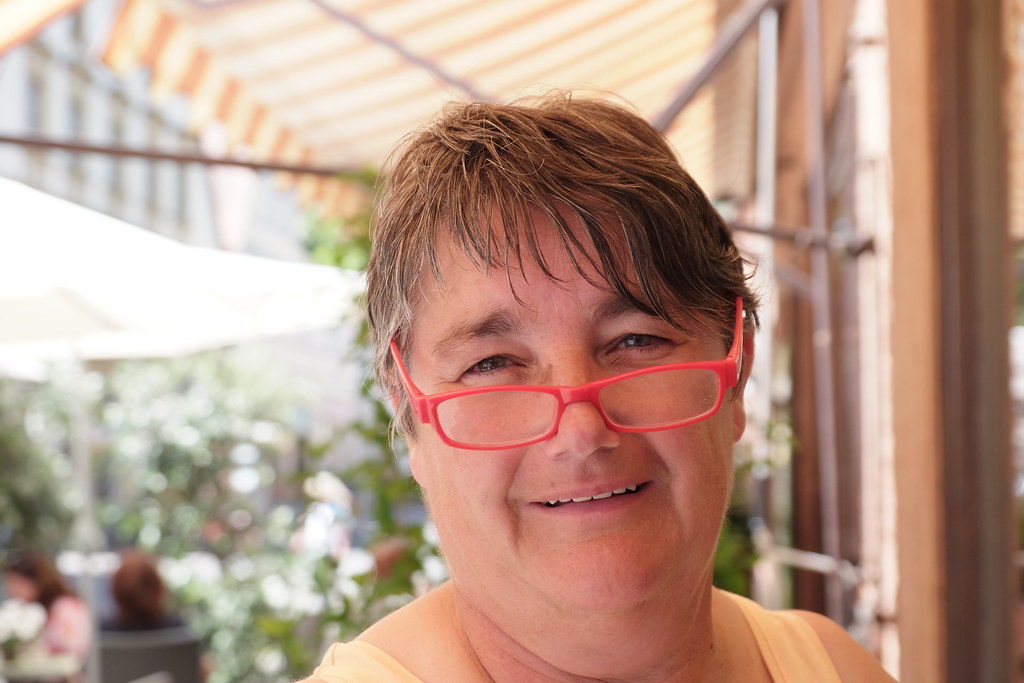 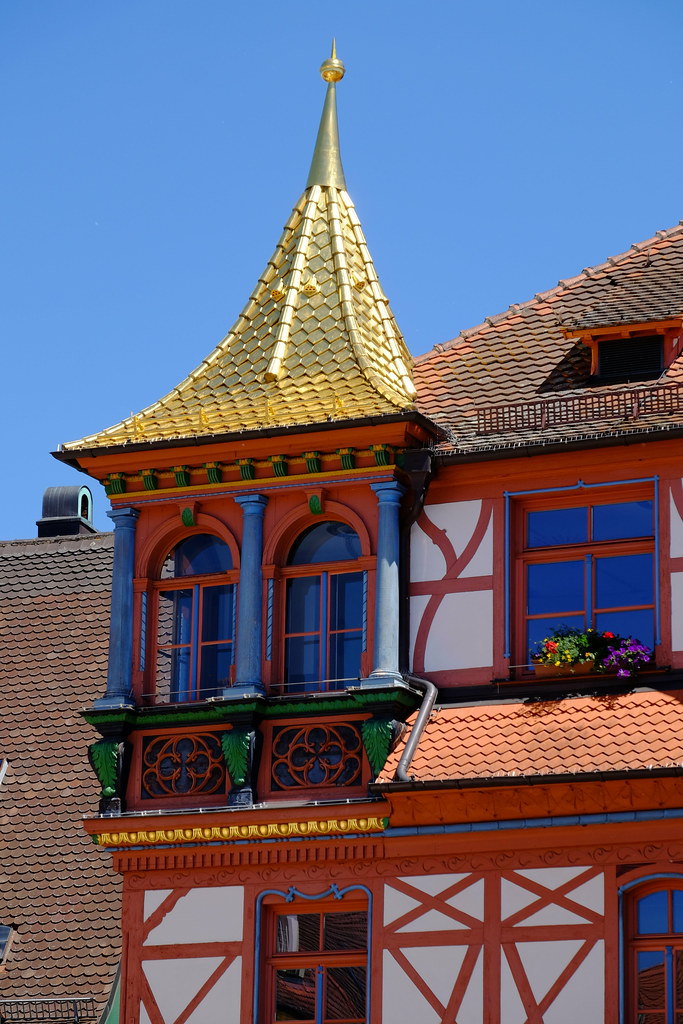 Regarding ergonomics, I found it best to use the lens on an X-T1 with a vertical grip or an additional hand grip. Fuji is now offering three different Arca Swiss compatible hand grip sizes, with the medium sized grip being the most popular.

Control ring operation is quite smooth, and the lens is almost silent thanks to its built-in linear motor technology. 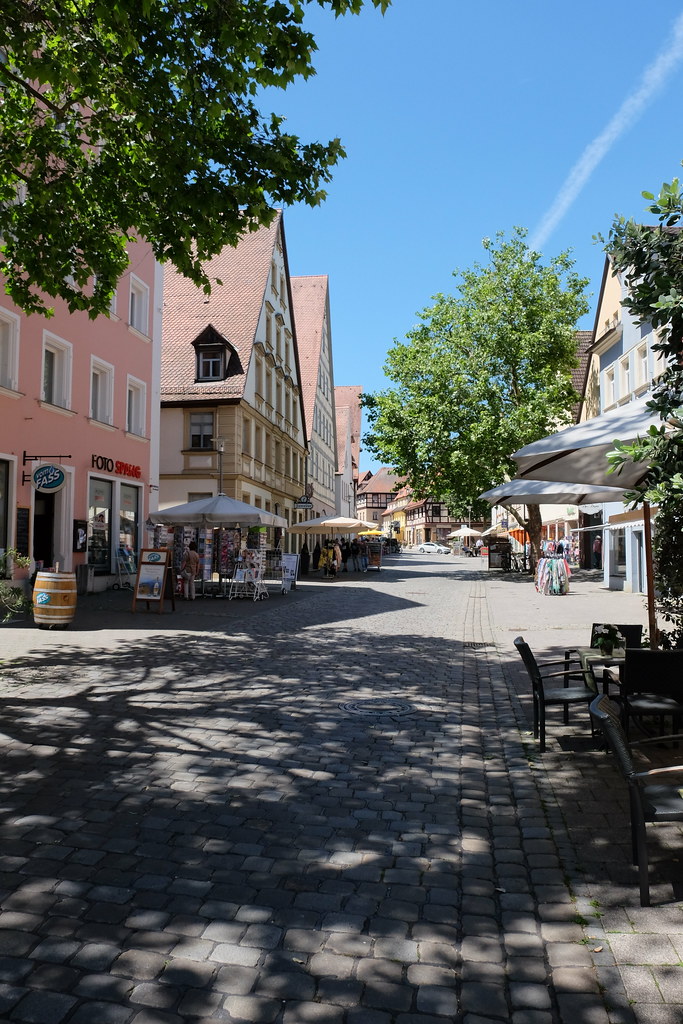 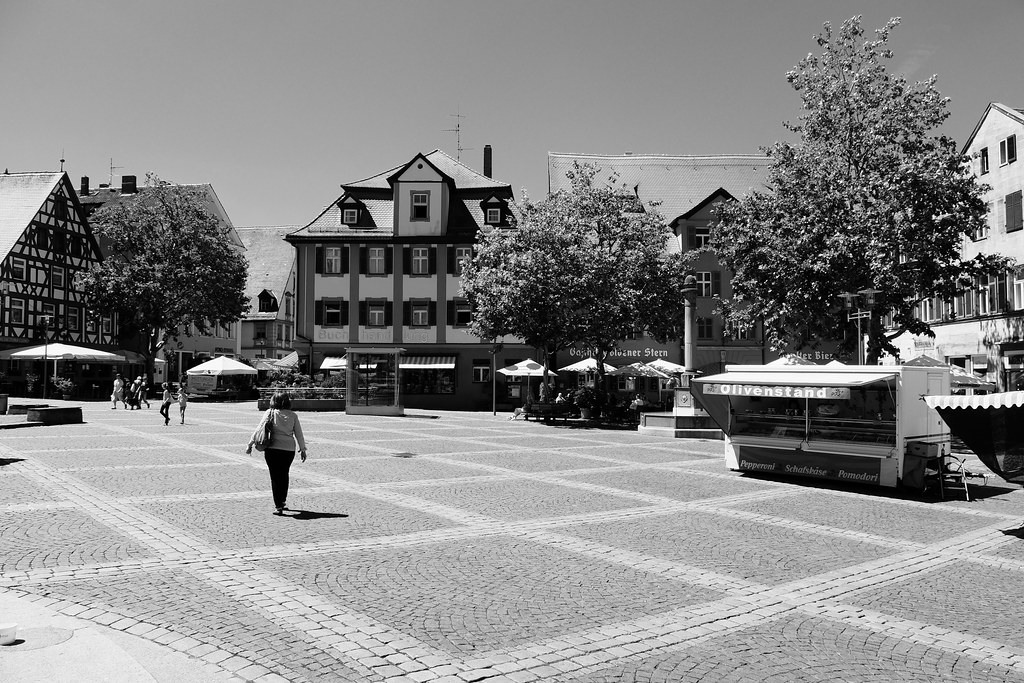 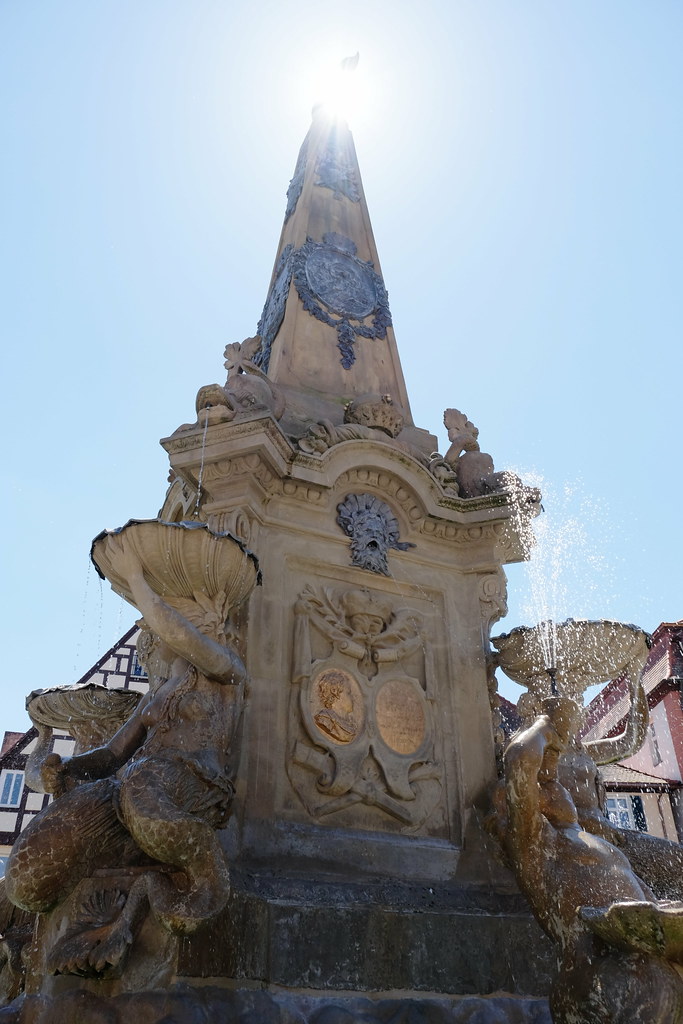