then you’ll know that not only I have a Fujifilm GFX100S on pre-order, and because in crop we trust, I pre-ordered also the Fujinon GF32-64mmF4, but for reasons I have briefly explained here, I am totally tempted by the Fujinon GF100-200mmF5.6.

I did handle the Fujinon GF100-200mmF5.6 at the store, and was surprised that it is actually so light, hence definitely portable for my hikes in the Dolomites.

However, I did put the purchase of that lens on hold, as in 2021 I already bought the XF80mm, XF27MKII, GFX100S and GF32-64, and it’s getting more and more tricky to convince my wife that we really need yet another lens.

And things have not become easier after Fujifilm launched a massive rebate on guess which lens? Exactly, the GF100-200!

For the sake of my bank account health I am still resisting, but Fujifilm keeps up fighting for my money, this time by dedicating their latest Focus on Glass episode to the Fujinon GF100-200mmF5.6.

Well, I’ve watched the episode, and here is what Fujifilm engineers and managers say about this lens:

But was is triggering my GAS more then what the managers and engineers said, is the photographers and their work shared inside that video. Definitely check it out in the video down below. 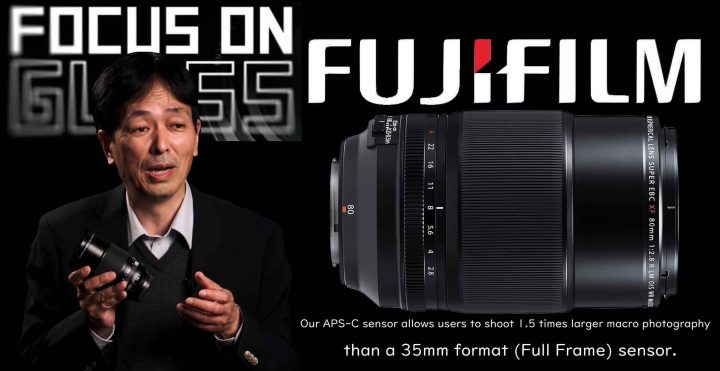 If you are one of those, who defines how good a lens is mainly on how sharp it is, then you’ll consider the XF80mmF2.8 1:1 Macro lens a fantastic lens.

It is clinically sharp and one of the best, if not the best lens in the Fujinon X system.

So let’s talk about this lens, starting from a recent “focus on glass” episodes, where Fujfilm talks about the XF80mmF2.8 Macro. They say:

Quite frankly, though, I think the main advantage of APS-C lenses is that you can make them smaller (and consequently cheaper) than full frame lenses. If then in certain areas they have other advantages, that’s a welcome, but minor advantage. 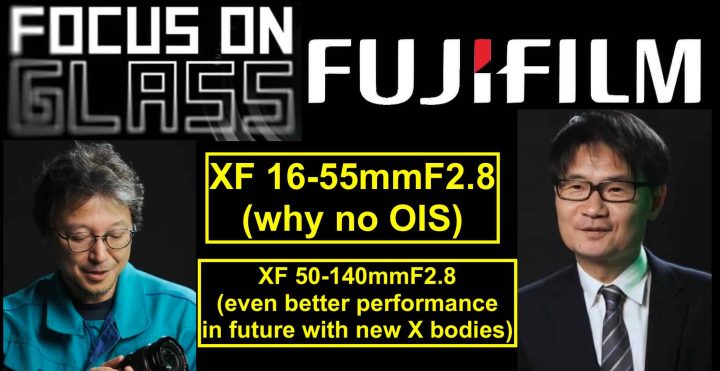 Curiosity of the day!

Fujifilm has released a promo video about the legendary Fujinon XF35mm f/1.4… about 8 years after it has been announced!

Now that we know that the Fujinon XF35mm F/1.4 will apparently not be updated anytime soon (another lens will get this privilege), maybe it’s indeed a good moment to push a little bit the good old XF35mmF1.4 again, which is, I think, Fuji’s most sold prime lens, and probably for many Fuji X shooters (me included), the first prime lens for the X system they ever owned.

The Fujinon XF 35mm f/1.4 has served me well over many years, and will continue to do so. Its autofocus is not the fastest nor the most silent (though much better on my X-T4 than on my old X-E1’s and co), but it has that magic, that Fujifilm tried to explain in a dedicated post we reported about here.

Mine even survived a several minutes long swim in the water, totally submerged (my X-E2 died), and it’s still working like a champ – I wrote about it here.