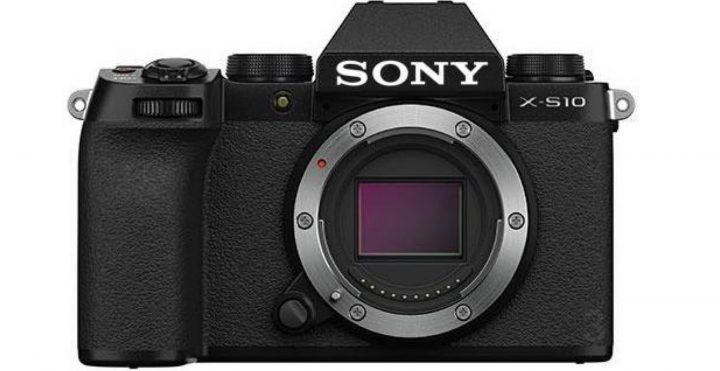 The debate initially fired up when I accurately described you the Fujifilm X-S10, and was then fueled up again when the X-S10 images leaked.

In short: that ain’t’ really that retro-feel we all fell in love with, right?

Indeed, if you are one of those, who grabbed a Fujifilm because of its vintage manual control layout, with dedicated ISO, shutter and exposure compensation dial, then the X-S10 ain’t for you.

But I really believe Fujifilm needed this camera, and it’s a brilliant move that they made it exactly like this.

Why the X-S10 was Urgently Needed

But why departure from our beloved retro dials?

Well, you get the answer, if you look at the market share.

We know, the by far most sold mirrorless cameras are APS-C cameras, as you can see here. But don’t think it’s Fuji to dominate. Most of the mirrorless APS-C cameras sold are Sony A6000 series cameras.

And we can say all about the Sony A6*** series, except that it is retro in either form or function.

Now, if you were Fuji, and you’d see that most of the market share goes to cameras that don’t look vintage and don’t have retro-manual controls, what would you do?

Well, I guess you’d do the same thing that Fujifilm is trying to do with the Fujifilm X-S10: attack exactly that market, that is so big, and they are mostly missing out so far.

… with Olympus pulling out of the market, the X-S10 appeals also to Olympus shooters (and MFT shooters in general) looking for another system that is compact, has good IBIS and offers a great size/weight/price/image quality balance.

Hence, here comes the Fujifilm X-S10, with PSAM dial, with 2 unmarked and customizable dials, with big grip and IBIS and last but not least, an aggressive price tag.

Fujifilm will always continue to offer niche retro looking and operating cameras. No doubt about that. But it was also high time that they depart a bit from that concept and try to go more mainstream.

The Fujifilm X-S10 is Fuji’s so far most promising attempt to go after that market, and I tell you this: it’s potentially a crazy best seller for Fujifilm.

And frankly, it still looks better than many Sony, Canon or Olympus out there. There is still a bit of that Fuji-DNA in the design ;).

The X-T10, X-T20 and X-T30 are all fairly small cameras, elegant and sleek, with a marked vintage look.

This line is a terrific success for Fujifilm and people love it exactly as it is now.

But now imagine, if Fujifilm would have released an X-T40 with such a huge and deep grip and overall also sensibly bigger than the current X-T30. Now that, I am sure, would have disappointed most of current X-T30/20/10 owners, as they want their camera sleek and small as it is now.

So, Fujifilm stood in front of the choice: piss-off most X-T30 owners by delivering an X-T40 that is bigger and has a massive grip, or change the name of the camera to X-S10, passing the clear message “guys, we know what you desire the X-T40 to be, and we will deliver what you expect. The X-S10 is not the X-T40 you are waiting for“.

To make a clear and easy example:

If Fujifilm would launch a Fujifilm X-E4 with a big massive grip, would you still consider a worthy successor the the ultra compact X-E3? Surely not, in fact it would not even be an X-E4 and I’d never upgrade to that from my X-E3 . Same goes for the X-T40 vs X-S10.

When the X-H1 was launched, its biggest feature was IBIS. It made the X-H line stand out from all the rest.

But Fujifilm is shrinking IBIS more and more, and now we have IBIS also on X-T4, X-S10 and it’s easy to guess in future also on other X series cameras. Hence, IBIS is no more a standalone feature of the X-H line.

Another big unique feature of the X-H line, is definitely the top LCD display. That’s what probably will make the X-H line stand out from all other X series cameras forever.

You got it, the Fujifilm X-S10 has no top LCD display at all, so it can’t be part of the X-H family.

And so it happened that for the reasons mentioned above, the Fujifilm X-S10 was born. And I am totally with Fujifilm on this one. It would have been hard to make X-T30 shooters accept an X-T40 with such a big deep grip, and X-H shooter accept that there is no top LCD display.

And if you think there are too many camera lines, I get your point and understand it. But if Fujifilm has to cut some lines, then they better start from the bottom, the entry level lines.

But let us know what you think about the Fujifilm X-S10 and vote the survey down below.