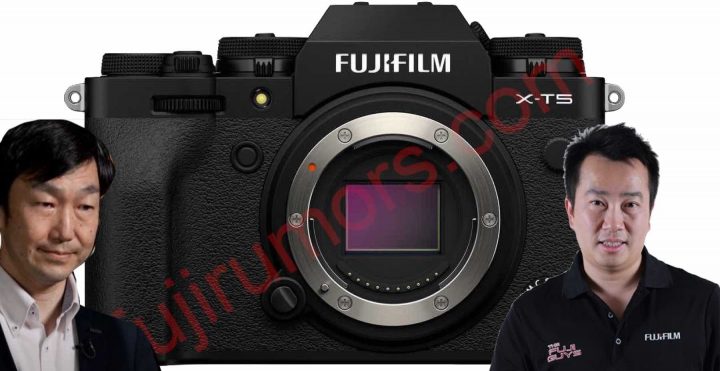 I get so many questions about the Fujifilm X-T5!

When will it come? Which features will it have? How much will it cost? What design choices will have Fuji made? Will there be a Fujifilm X-T5 40MP and an X-T5s 26MP stacked? And more!

Well, the time will come when we will talk about the Fujifilm X-T5. I promise you that ;).

But for now, even without (or little) rumors, we can already approximately answer a few of those questions based on statements Fujifilm managers have made.

No Fujifilm manager has ever mentioned or hinted an X-T5. But there were statements made at X-H2S launch that can help us to understand which direction Fujifilm wants to take with the Fujifilm X-T5. And that’s what we’ve tried to do here: analyze those statements and see what they could mean for the Fujifilm X-T5.

When will the Fujifilm X-T5 come?

During the X summit, the Fujifilm manager said that the 5th generation Fujifilm cameras will begin with the X-H2S followed by the X-H2 to be unveiled in September. These will be the first two cameras with the new platform.

So while we can’t give a precise date as of yet, we know that it won’t come very soon. The focus now is on the X-H2S and in September on the X-H2.

Only at some point after the X-H2 there will be a Fujifilm X-T5.

Can past Fujifilm announcement give us an indication on when the Fujifilm X-T5 will be announced?

Well, we don’t know. But we know that Fujifilm has preferences when it comes to when to announce new cameras.

So I looked back until 2018 and I’ve checked how many cameras have been announced in which months. Down below are the months ranked from most popular to least popular

September is booked for the X-H2, so unless Fujifilm is crazy and wants to totally steal the show to the X-H2, they are not going to announce X-T5 a few days after the X-H2. And if you ask me, the same effect would be if Fujifilm was to announce the Fujifilm X-T5 in October. In that case, the X-H2 would probably be about to ship right when the X-T5 would drop and hence potentially hurting X-H2 sales.

November and December have always been ignored by Fujifilm. Probably because too close to the holiday season, where the focus is to sell current stock, maybe facilitated by some Black Friday deals and Christmas deals, which regularly occur during that season. But just because something never happened in the Fuji world, it does not mean there can’t be a first time.

So the next hot date would be January and February 2023. This would allow Fujifilm to bring the camera to the market before the Japanese fiscal year ends (31 March 2023). But also May is a good month for announcements in the Fuji world.

And just for fun, down below is a survey where you can let us know when you believe the X-T5 will be announced.

How much will Fujifilm X-T5 cost?

As a reference, here is the launch price of all X-T cameras

Of course these speculations are for a non-stacked 40MP Fujifilm X-T5.

Will the Fujifilm X-T5 have the same features of X-H line, just packed in Retro-Body?

The clue here comes from Fuji Guy Billy, who has said here that the Fujifilm X-T line is Fuji’s mid-range line.

Now, I don’t think they will cut on essential features. I mean, it will be a 5th generation camera in its core, with latest sensor and processors. But there might be some cuts elsewhere.

Not a rumor (I have no idea), but for example Fujifilm could go for a dual UHS-II X-T5 only (no CFexpress). This would mean also the video specs would not be as powerful as on the X-H line (no 8K or 4K120p). In this case, also the buffer for bursts shooting would be shorter.

But again, I am really just guessing here. The only thing that we can say for sure based on Billy’s statement is that it won’t be exactly as powerful as the latest X-H cameras. If Fujifilm calls it a mid-range camera, then it simply can’t have all the features of a flagship camera for a lesser price.

Out of curiosity: which features would you be willing to sacrifice on the Fujifilm X-T5 over the X-H2S and the 8K capable X-H2?

During the Fujifilm X summit there was a rather critpic statement made by a Japanese Fujifilm manager that most of you guys interpreted as meaning that only the X-H line will get both 5th generation sensor option.

You guys have already voted on what would be your favorite sensor for the X-T5 (but also for the Fujifilm X-Pro4, X-E5, X-S20 & Co). Feel free to check out the results here.

What I can say is that, beyond the vague Fujifilm manager statements, we have received rumors about the Fujifilm X-T5 sensor and shared it here. If accurate, this means it will be a 40MP non-stacked sensor.

What design choices will Fuji make?

There is no Fujifilm statement about this yet, except for the one Fuji Guy Billy made here that the X-T* line will have a “classic” layout. So no PSAM for that line. No surprise here.

As for the rest, the most urgent question of mine is if Fujifilm will insist with the selfie screen, which would 100% guarantee them lots of applause (and great press) all over YouTube. Or if they will have the guts to go against the easy good press and go with the 3 way tilt screen.

I will make it my priority to give you the answer to this question as soon as possible.

So, I’ve meticulously collected the Fuji manager statements and tried to make some sense out of them in regards to the Fujifilm X-T5.

But now it’s your time to share your Fujifilm X-T5 thoughts in the comments. Anything goes: wishes, dreams, fears, deal breakers, whatever you want. The comment section is here for you.

*once you have received your gear, you can submit the form and claim your money back at this page (until August 31 by 5PM ET)