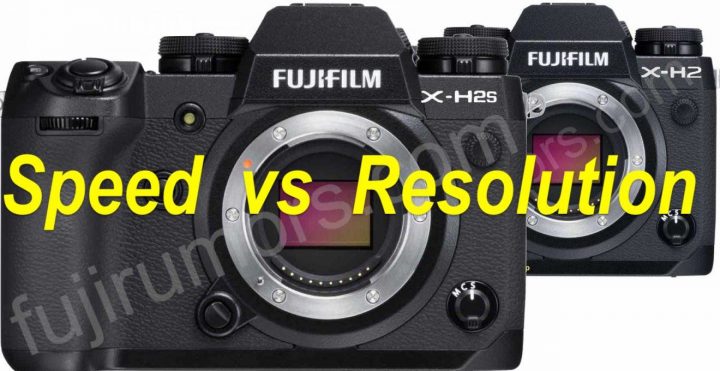 Since the day FujiRumors unveiled that there will two Fujifilm X-H2 cameras, the whole internet world was sure: one is going to be the video centric version, and the other the still oriented one.

The main theory out there:

But in my eyes this differentiation makes no sense at all, and never did.

I mean, we know the non stacked 40MP Fujifilm X-H2 will shoot 8K video. So why is it considered the stills oriented version? Isn’t 8K something videographer might also appreciate?

And if the Fujifilm X-H2S is supposed to be the video centric version, why is it the only one with a stacked sensor, allowing for crazy bursts with the electronic shutter and making it ideal for sports and wildlife photography?

We should stop making the differentiation between a “stills” and “video” camera.

Truth is, both, the X-H2S and the X-H2 are highly capable hybrid cameras.

If you need 8K video, then the X-H2 is for you.  But if 6K video is enough, you can also go with the X-H2S. As for stills, if you do lots of wildlife and sports, go with the stacked sensor X-H2S and it’s staggering 40 fps, but for general use and landscape photography, go with the non-stacked 40 megapixel X-H2.

It makes much more sense in my opinion to differentiate them in terms of speed vs resolution rather than video vs stills.

Some might say Fujifilm should have launched only one X-H camera.

But to me two cameras make sense, as both cameras are different enough to justify their existence.

And it also simplifies the choice for us.

If you need all the virtues that come with a stacked sensor, get the X-H2S. If instead what you want is more resolution, the X-H2 is for you.