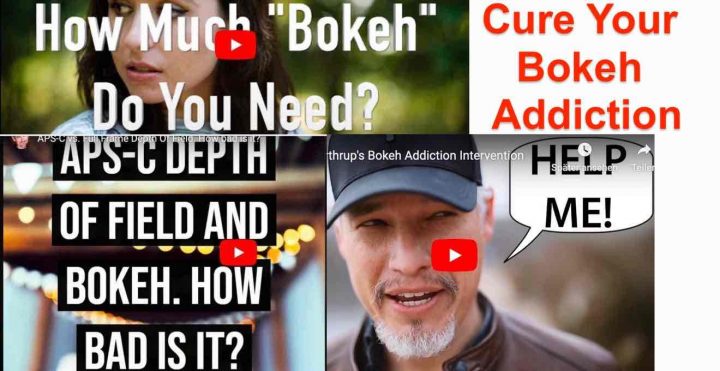 We recently posted this story, about a Canon shooter, who tried Fujifilm for the first time, and there was so much she loved about it (starting from the fun using Fuji and the inspiration that comes with it), but one thing she missed: the bokeh she had with her Canon f/1.2 lenses.

So I thought to dedicate an own article to the “bokeh-discussion”, starting from two youtube videos below, that I have summed up for you.

And to give it all are more light and fun touch, I’ll share also the recent Camera Conspiracies video :).

I just remind you, that for the ultimate bokeh Fujifilm is going to release the Fujinon XF 50mm f/1.0.

Camera Conspiracies saw the recent Tony Northrup video, shot with the Canon RF 50mm f/1.2, and he says it has such a shallow DOF, that it’s actually distracting from the content. But of course he says it in a much funnier way, that it’s impossible to sum up here, so enjoy the video.

KentuckyMan30 is a Fujifilm X shooter, and he wonders: how much shallow depth of field do you need?

He says that stopped down at f/1.2 or f/1.4, images often lose the 3D effect and come out pretty flat, and he prefers to stop down a little bit, to allow the context (or background) to come out a bit more, giving him a more three-dimensional quality.

Surely, he says this is a subjective question, and the super-blur background is sometimes a cool effect.

But most of the time he needs context to emphasize the space between the subject and the background and hence make the subject pop out more from the environment.

Booray Perry (full-time wedding photographer) is in the process of switching from full frame DSLR to mirrorless. His struggle is between Sony full frame and Fujifilm APS-C.

So now he wonders: APS-C vs Full Frame depth of field. How bad is it? Is it worth to stick with full frame for shallower DOF? If he goes Fuji he’d carry around less weight and size.