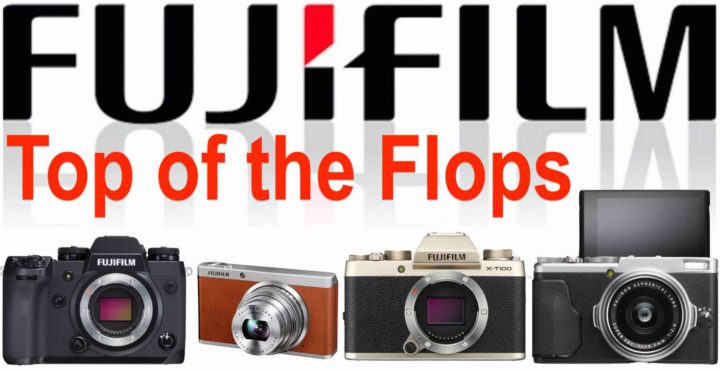 In my opinion, the main reason that it was not successful, is that the Fujifilm X70 was launched with old technology on the very same day the X-Pro2 was launched with latest and greatest sensor and processor, making it look old right at launch.

It is the only time I have seen Fujifilm lower the retail price of a camera, while it was still in pre-order phase.

Lesson learned: new cameras must feature latest specs, or they will look old even before they hit the market.

Why Fujifilm, why! All you needed to do is to give us an X70 with latest sensor and processor, and instead you gave us an Fujifilm XF10 that has not even a flippy screen, one of the most appreciated feature of the X70.

I can only hope you will give this line another chance, by launching a proper Fujifilm X80!

Lesson learned: Half-hearted cameras developed by investing almost no R&D in a desperate attempt to try to get rid of unsold older sensors is not a winning concept!

Those of us, who joined the Fujifilm X system since day 1 (like me), will remember it. A very compact and good-looking little 2/3 inch sensor camera.

The problem was mostly one: a complicated manual lens ring. Pull, rotate, click, position 1, position 2 etc… not the kind of usability customers of this kind of camera want to have.

Lesson learned: simplicity is the key in the entry level line. Interface has to be “smartphone-alike”, with great touch function and computational photography features.

The Fujifilm X-E2S is basically an X-E2 with Auto button. It will remain forever a mystery, why Fujifilm thought it would be a good idea.

The little chance the Fujifilm X-E2s had to sell well was definitely killed, when Fujifilm decided to release a huge firmware update for the Fujifilm X-E2, that brought it to the same level of the X-E2S.

Ok, I hear you. The Fujifilm X-T30II literally just hit the market, so how can we call it a fail?

Well, we can’t (yet), but the error Fujifilm is doing is the same they did with the X-E2S. The X-T30II should have at least offered IBIS to be a worthy “MKII” upgrade.

Lesson learned: IBIS is a must in mid-range cameras

The Fujifilm X30 is a really nice camera, that would have deserved much more success than it had.

The problem here was Sony’s RX100 line: smaller, more compact, bigger sensor. The X-Trans Fujifilm X30 could actually keep up pretty well in terms of IQ (and surely it had superior colors), but not in terms of portability.

I did own the Fujifilm XQ2, as you can see here, and it served me well, at least until my nephew found it, thought it was a toy, and strained it beyond what this little camera could handle.

The Fujifilm XQ2 was Fuji’s last attempt to save the 2/3 sensor line, and it was yet another failure.

The Fujifilm XQ2 marked the death of the entire 2/3 sensor line of Fujifilm.

Lesson learned: Compact cameras compete with smartphones. Less than 1″ sensor makes no sense at a point in time, where smartphone cameras have become so good.

Only Fujifilm knows, why two months after the X-Trans Fujifilm X-M1 was launched, they launched the identically looking and even cheaper Bayer-sensor Fujifilm X-A1.

Of course, “entry-level customers“, who have no idea of what X-Trans or Bayer CFA is, simply preferred the cheaper Fujifilm X-A1 over the more expensive X-M1.

And so it happened that the Fujifilm X-M1, which actually was the slightly better camera in terms of IQ, lost the battle.

In the meantime, Fujifilm outsourced the Fujifilm X-A line development.

The Fujifilm X-A line was very successful in Asia, especially Thailand, where it outsold all other brands (not kidding: Canon, Sony and Nikon included). Sadly the X-A7 was not able to confirm the success of its predecessors.

You know the fantastic reviews the Fujifilm X-T2 got? All the great stuff people said about it? All the excellent reviews it got?

Well, imagine the X-T2, just even better build, with (for some) better ergonomics, with ninja shutter, with IBIS, with bigger buttons and refined in all its details to make it an ergonomic pleasure to use: that’s the Fujifilm X-H1.

And yet it failed.

To me, as of today, the Fujifilm X-H1 is the best value camera in the entire Fujifilm X line-up (if you can still find it somewhere). It’s a fantastic piece of gear, that, sadly, didn’t get the success it deserved.

But don’t worry, the Fujifilm X-H2 will give it a fantastic revival ;).

Ok, true, this is not a camera. But I had to put it in the list.