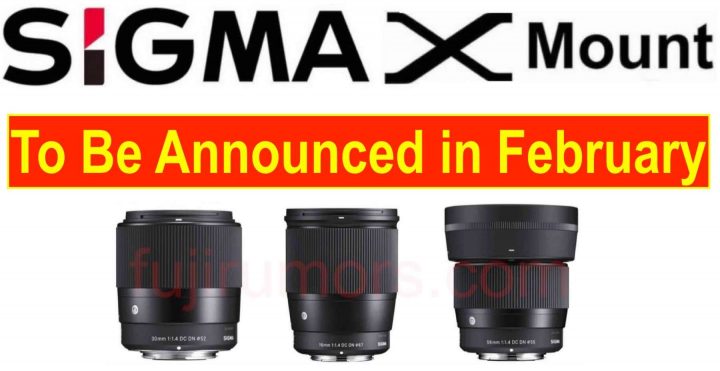 For some reason the claim is spreading that FujiRumors said the X mount Sigma lenses would come on February 9, which now results in people accusing me of sharing fake/wrong rumors and being terribly disappointed (by FujiRumors and the lack of Sigma X mount lenses).

Of course I never said that they’d be announced on February 9 and luckily some of you guys out there set things right for me by saying on forums:

this is the other typical way that Fuji Rumors is “wrong” – people make incorrect assumptions and wrongfully attribute them to the site.

And before somebody attributes me further more wrong rumors I have never shared, I will tell you this: Sigma will announce their first X mount lenses in February.

I say it now, after the February 9 launch, to avoid to create false hopes in the community for an event that was reserved to this lens.

I am making my last checks, and will then share the real announcement date as soon as I can. It could be just a matter of minutes or days.

We 100% confirm that the lenses to be announced will be: