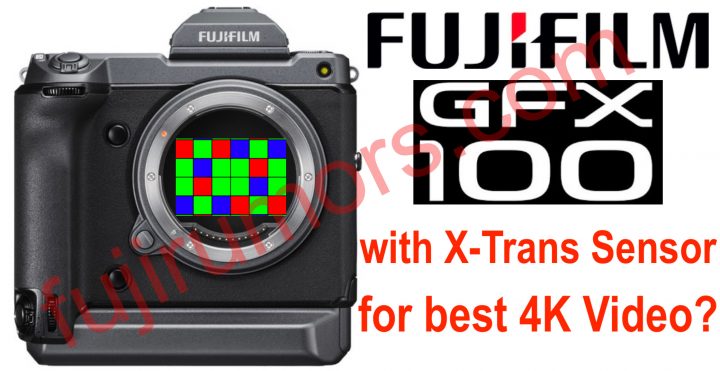 Fujifilm says that the main solutions for 4K video are:

The latest solution, the downscaling from 5K, 6K or 8K has some negatives:

Is an X-Trans sensor Fujifilm GFX100 on the way?