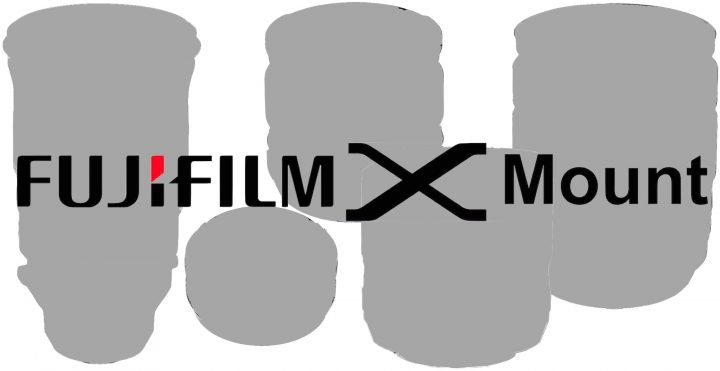 When I shared the rumor that Fujifilm will release another f/1.4 prime in 2021, the comment section exploded with 300 comments about dreams and wishes what it could or should be.

Today I was reading through your comments, and truly enjoyed the vivid discussion.

But when I arrived to the end of it, I realized that while it’s fun and nice to watch ahead and see what the future might bring us in terms of gear, sometimes it’s also worth to stop for a moment and look back at what we already have.

So, today, I’d like to bring back the attention to five Fujinon XF lenses that I call “forgotten“, but not because people don’t own and love them, but just because they have slipped under the radar overrun by the buzz about the latest and greatest and therefore don’t get the coverage they’d deserve anymore.

So FujiRumors would like to bring back balance in the Fuji Universe and gives to 5 lenses the revival they deserve.

When I decided to get my first Macro lens, I did look only at the Fujinon XF80mmF2.8. It’s ridiculously sharp and offers 1:1 magnification. But it comes for a substantially higher price tag than the other Macro lens Fujifilm offers, the XF60mmF2.4. Sure, the 60mm has a 1:2 magnification, but the more I think about it, the more I believe it would be more than enough for a guy like me, who makes the first steps into Macro photography. It’s also much smaller and lighter. So still a great pick for many if you ask me.

The XF14mmF2.8 is one of the oldest X mount lenses, but it’s still a fantastic lens. It’s almost perfectly optically corrected for distortion, meaning it basically does not need any or just very little software magic to correct for it, hence preserving excellent image quality especially in the corners.

I know, since the launch of the stellar Fujinon XF16mmF1.4, the XF14mm kind of disappeard from the radar of many. But if you need a small nice prime lens for great lanscape shots, the XF14mmF2.8 comes in for a more affordable price and great IQ.

I owned this lens, sold it to get the Samyang 12mmF2, but after a short time I missed to have a pancake option in my lineup. I filled the gap later on with the lovely XF27mmF2.8 (which I will replace with the new XF27mmF2.8 R WR), and I truly love the 40mm full frame equivalent field of view, but if you want a wider pancake option, the XF18mm F2 won’t let you down.

And I know, there are some, who say this lens is not optically on par with other Fujinon lenses.

But if you think this, then check out this story: Nate Robert traveled 700+ days and visited 54 countries with one camera and one lens. And guess which lens he picked for his journey around the world? You got it, the XF18mmF2, and it performed wonderfully. You can read his first story here and his second story here.

A superzoom, and also not a particularly fast one? That’s boring! It does not deserve to be on this list, right?

Nope, you are wrong.

I remember a talk I had with SonyAlphaRumors, when we were travelling in Croatia together, and he said “the only zoom that makes sense is a superzoom“.

Of course this triggered a heated discussion and even after a few glasses of wine we didn’t came to a conclusion that satisfied both, but I can see what he means. As a prime lover, you might not see a benefit in zooms with a short range. Just take an excellent prime, a high resolution camera and crop the heck out of it. But the range and flexibility a superzoom gives you might tempt even the most hardcore prime shooter. At least for casual shooting for example at travels or little hikes and trips.

Plus, the XF18-135mm has an excellent OIS system, that definitely helps to get sharper images at slower shutter speeds.

I personally love this lens. I sold my XF18-55 and XF55-200 because it basically replaced them both, and it’s with me everywhere. I love to shoot landscape images with it, and especially more compressed landscape images, casual holiday images and in case of emergency also for some tele-macro like shots.

But I am just a random guy with passion for photography who doesn’t earn a penny out of his images.

But what if I told you that the official images of the blockbuster Dunkirk have been taken with an XF18-135? I am not kidding, see by yourself!

So I guess if Pros even take this lens at work, then maybe it deserves also to be in more camera bags than it currently is.

People wanted a longer prime. And they wanted it be fast. And Fujifilm delivered and gave us arguably one of the optically top 3 lenses in the Fujinon lineup, the Fujinon XF200mmF2.

They even designed a totally new 1.4x teleconverter for it, in order to keep as much possible of its glorious image quality (which btw. comes included with the lens), giving us a full frame equivalent of 300mmF2.8 and 460mmF4 prime (with teleconverter).

Bravo Fuji: long and fast! That’s what we all asked for.

But you know what happened? Not many ended up buying it.

I am sure: whoever bought this lens is also totally happy with it, and some say it’s worth every penny.

But sadly, sometimes people request the most radical lenses, and then don’t buy them.

That’s why Fujifilm is hesitant to give us that patented XF300mmF4 and XF500mmF5.6, which according to recent rumors we shared, won’t surely see the light of the day in 2021 (if ever).

Fujifilm is afraid, they will end up as forgotten lenses, no matter how stellar their IQ will be.

And I guess that’s why, according to our exclusive rumors, Fujifilm will give us an XF150-600mm lens. Superzooms have more chances to sell good than optically fantastic, but expensive long primes.

And what about you? Is there a lens in the Fujifilm X lineup that you think does not really get the coverage and love it deserves? Let us know in the comments.