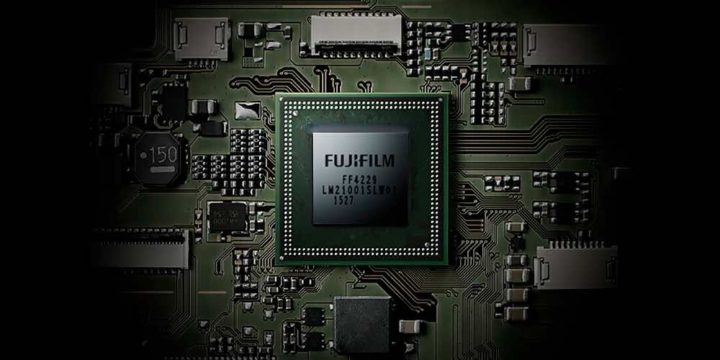 As we reported here, the Fujifilm X-H1 will be powered by the very same X Processor Pro that it already inside the X-T2, X-Pro2, GFX 50S and more.

But where does this speculation of the two X-Processor Pro chips come from?

It all started with an interview a Fujifilm manager gave here in February 2017, where, at the launch of the GFX, he said:

“The GFX has the same processor as the X-T2 and X-Pro2, actually it has got two of those processors”

UPDATE: However, in the description of the video, after the first reports here on FR they added:

“In the video it’s said that the camera had a dual processor which is incorrect. The early plans for GFX was to have a dual processor but it’s been confirmed that it actually has a single processor.”

So one (dual) processor only. At least this is the official statement. Probably the manager just mixed up dual with two at the end.

Now back to the Fujifilm X-H1…

I can’t exclude the fact that the Fujifilm X-H1 will have 2 processors, as I can’t exclude anything at this stage. Let’s wait for the full specs at the official announcement on February 14… maybe Fujifilm will tell us more by then.

But my humble and very personal opinion so far is that the rumored AF and EVF black-out improvement comes from the better heat dissipation the bigger Fujifilm X-H1 body allows.

Better heat dissipation means Fujifilm can make the X Processor Pro run to its very limits, without worrying about overheating.

But that’s all just specualtion for now. We will know more on February 14. And until then, make sure to follow FujiRumors on Facebook, RSS-feed and Twitter.