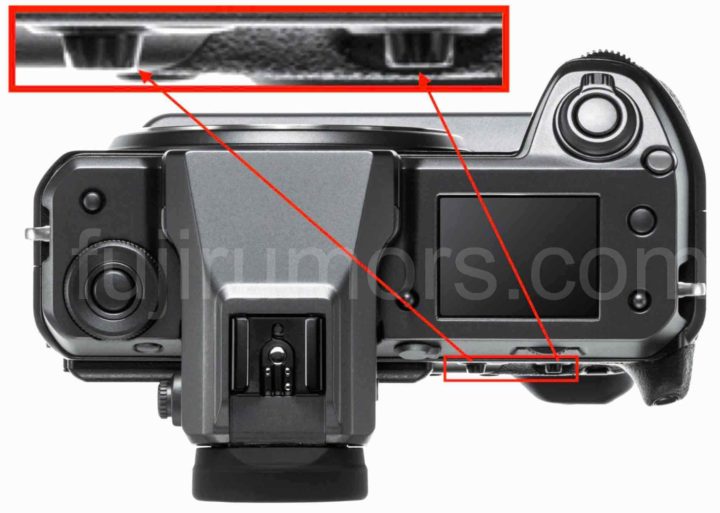 When I was at Photokina, Fujifilm was very attentive not to display the Fujifilm GFX100S from the backside. And also the images they published on the web so far don’t show the backside of the camera.

However, I took a close look at the images we have so far, and I noticed that there are two joysticks at the back of the camera (see top image). Other cameras with integrated battery grip, such as the Nikon D5 and the Canon 1Dx MK II, also have two joysticks. And also Fuji’s own vertical grips for X series cameras offer an additional joystick.

Down below more leaked Fujifilm GFX100 specs… definitely more exciting than today’s one ;).

Recently we also compared the size of the Fujifilm GFX100 with several other cameras, including the Sony A7III and many more. Check out the comparisons here.