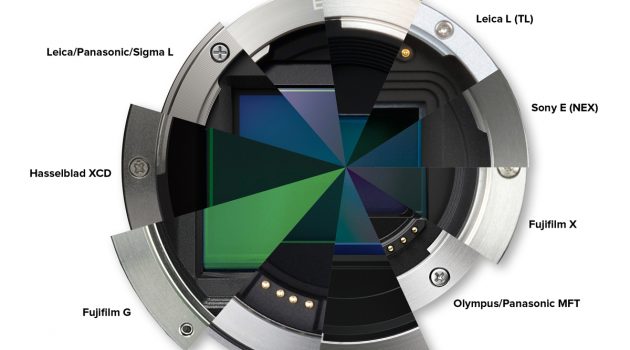 At the last Fujifilm X summit (which we covered and sumed up for you here), Fujifilm talked to us about the “value angle”.

The value angle is not a weird concept invented by Fujifilm, but a factor that influences the whole design and development of a camera system, as well as image quality.

In short: the wider the value angle, the more precise and easier a lens can send light to the sensor. A wider value angle gives more flexibility for lens design and allows for more light and less digital correction.

As you can see below, Fujifilm X has a huge value angle and Sony Full Frame an extremely small value angle, which is why Sigma said that it is a challenge to develop full frame lenses for Sony, especially high quality ones.

Chart below provided by the German site docma.

If you want to get an anology with a soccer player hitting the ball, in order to understand it better, we can get the help of an article appeared at the German site docma many months ago.

Google translated version down below.

As a photographer, you want a lens that is largely free of aberrations, which directs all the light rays into each of the sensor pixels, in which they contribute to a perfect picture. A soccer player hopes to direct the ball unstoppable between the crossbar, the post and the goalkeeper, and this task is similar in many ways.

A lens has aberrations that cause light rays to land from one and the same point of the subject in different sensor pixels, and a tilted lens deflects all light in the wrong direction. The soccer player can only shoot the ball in the desired direction with limited accuracy, so that the crossbar or post often passes on the wrong side.

Suppose a player is aiming for a certain point, such as the top right corner of the goal. However, the shot deviates by one degree from that direction, and if we think of a line from the player’s foot to the target point, the actual trajectory of the ball moves farther from that line the further it flies. A hopeful attempt to score from the center line could miss the goal by one meter, while a shot from a position immediately in front of the goal, despite the deviation into the category “you have to make” falls and only unlucky birds fail. So the shorter the distance to the goal, the bigger the chance to hit it despite a not quite precise shot.

Of course, everyone knows that, but the same applies to the light rays that leave the lens. A small error affects the stronger the further the way the light has to travel to the sensor. If the support dimension is sufficiently short, the light often hits the right sensor pixel, although the light beam deviates slightly from the ideal line. This would explain why a short circulation is so desirable.

For the chance to score, the angle plays a role in which you shoot the goal. If the player stands in the middle of the goal, a slight deviation of the shooting direction hardly makes a difference. However, if he attempts to score from a point near the sideline, the same deviation will have much greater effects. One can also explain it the other way around: From the sideline, the gate appears shortened in perspective; The angle between the two goalposts is much smaller than the one in the middle of the goal, making it harder to hit. The best position for a shot on goal is in a central position as possible in the penalty area, ie where a center forward should be able to steer a cross of an opponent into the net. A direct shot on goal by the teammate would be far less promising, and therefore one should – contrary to what has been said in recent years, often – not to do without a center forward.

[…] For this to be guaranteed for all pixels, the rear lens must be larger than the sensor, and the same applies to the lens mount, which gives this large rear lens the necessary space.

Thus, the criteria for an optimal camera system are explained: The support dimension should be short, so that the lens delivers the light by the shortest route and with the slightest deviation in the sensor, and the connection diameter should be significantly larger than the sensor to a large rear lens (and Rays that leave these) give way. A large Value Angle value indicates that these conditions are met.