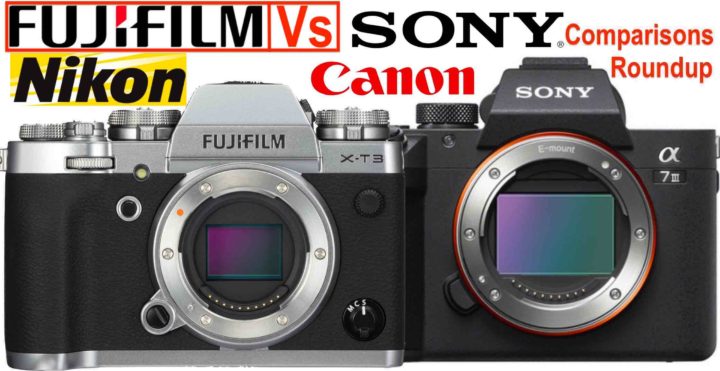 So it’s time for another comparisons roundup, this time focusing on people switching to Fujifilm APS-C from Sony, Nikon and Canon full frame, and believe it or not, they are happy with their switch!

In the Fujifilm world, if you really want a bigger sensor, you go Fujifilm GFX, which offers an almost 4 times bigger sensor than APS-C and hence can really offer that ultimate jump in image quality, that the jump from APS-C and FF can not offer.

And before you start complaining, we remind you that we have also shared dedicated roundups of people unhappy with Fujifilm.

George went from Canon to Fujifilm X-T3, and here is what he thinks about it:

Aron J Anderson switched from Sony A7III to Fujifilm X-T3, and he is a happy man:

Aron is a Sony A7III shooter, who recently got an X-T3 and 10 lenses for testing. How do they compare? He shared 2 videos so far (see below), and here are his findings

Nikon Full Frame Vs. FujiFilm APS-C (One Year Using Both)