News is news, so I share it. But I wrote a very informative piece about these awards last year. So, if you want to read how the business around (some of these) awards goes, check out this article.

Now, I do not know if the iF design award works the same like TIPA, EISA and others, but I would not be surprised if it would.

With that said, the iF Design Awards have been assigned, and Fujifilm wins with 20 products:

Fujifilm wins the internationally prestigious “iF Design Award” with 20 products 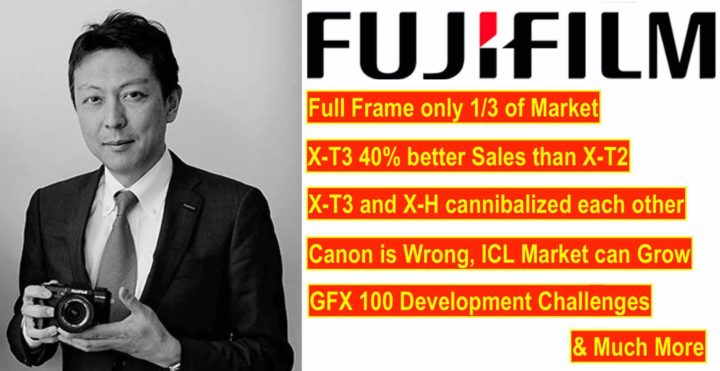 Just yesterday we shared a CP+ interview with Fujifilm managers here. Today it’s already time for another one, this time with Toshihisa Iida (the manager who said Fujifilm will never go full frame) and Makoto Oishi.

It’s again an interesting one, that also becomes very technical when it comes to analyzing the autofocus system and lets imaging-resource conclude that Fujifilm’s PDAF technology is arguably the most advanced on the market.

Down below you can find the key points and some images of the interview. The complete one can be checked out at imaging-resource here. 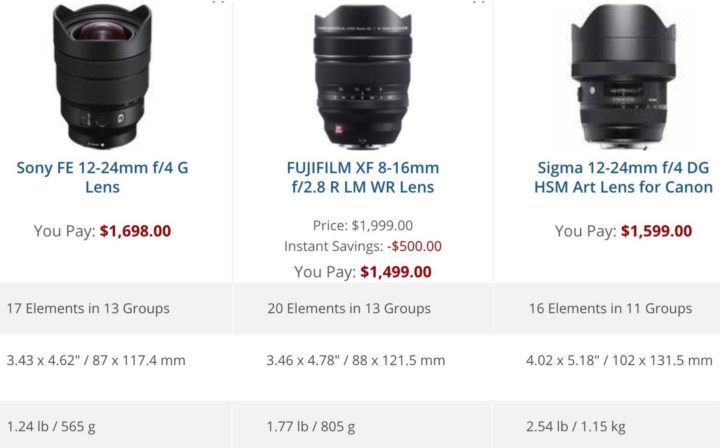 We recently compared here the Fujinon XF8-16mmF1.8 and XF 200mm F2 to equivalent full frame DSLR lenses, and we saw that the Fujinon lenses are generally cheaper.

With the latest rebate, though, the Fujinon XF 8-16mm f/2.8 price has been reduced by 25%, and it now beats in terms of pricing also the other full frame lenses.

So the question arose amongst the FujiRumors community: was the Fujifilm XF 8-16mm f/2.8 overpriced at launch?

Difficult to say, since the price is justified or not also depending on factors you can’t really read on specs papers, like image quality, build quality and more.

At the bottom of this article you will find a poll, where you can let us know what you think.

Regarding the Fujinon XF200mm f/2 LM OIS WR, (which is now $1,000 off), I believe the XF200mmF2 launch price was not overpriced, considering how it performs and that it comes with 1.4x teleconverter. But let us know in the poll below. 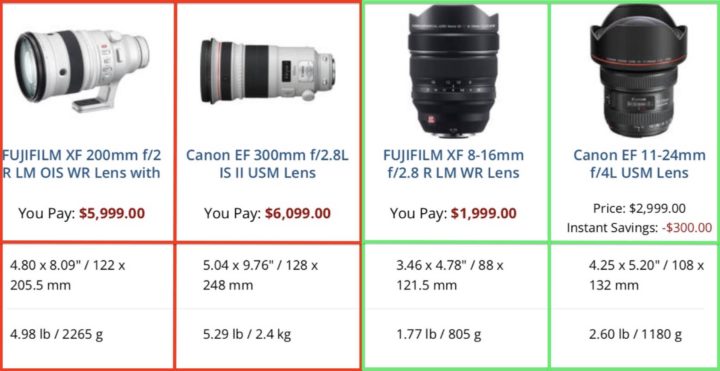 Both Fujinon lenses are still smaller, lighter and cheaper than perfectly equivalent full frame glass, as you can see in this comparison, where we compare the Fujifilm XF200mm f/2 (with 1.4 TC) versus the Canon EF 300mm f/2.8L and the Fujinon XF8-16mm f/2.8 with the Canon EF 11-24mm f/4L USM.

Check out the comparison here.

Price and size is one of the advantages of an APS-C system. For more advantages, read this article.

So, that was the fast glass.

But many people, who buy into an APS-C system, probably do it because they look for the best balance between size, weight, price and performance.

Good that Fujifilm is boosting up its lens production by 70%.