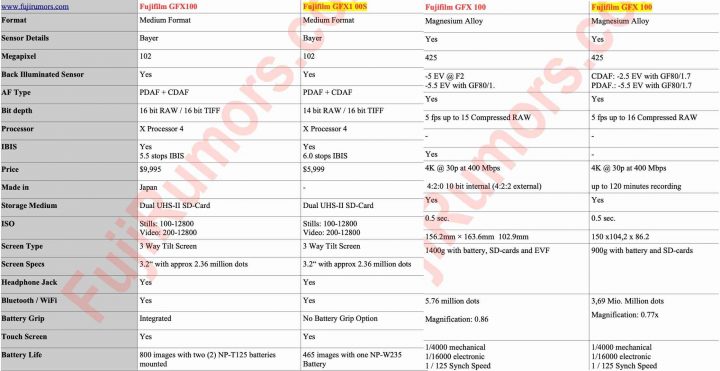 Here is the complete specs comparison between the Fujifilm GFX100S, the GFX100 and the GFX50S.

You can see the comparison down below.

Here are the top 10 differences:

All the goodness will drop on January 27 at 8AM New York time. 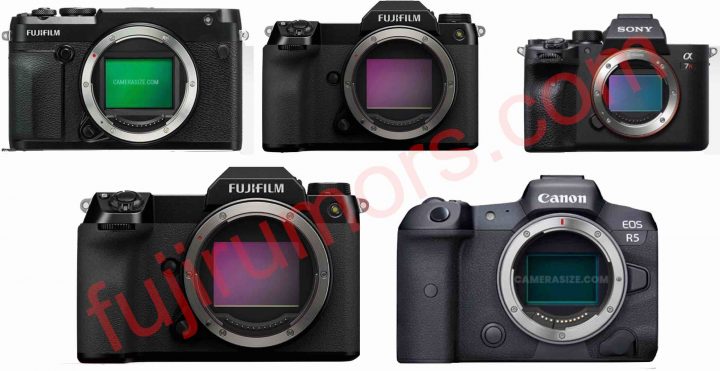 Here is a quick size comparison I made between the upcoming Fujifilm GFX100S and the GFX50R, Sony A7rIV and the Canon R5.

For a sensor 70% fuller than full frame, the camera looks pretty damn compact if you ask me, considering that it has IBIS.

Well, fellow FR-readers, my wife is having some contractions right now, so whenever she gives me the signal, I will grab the car and drive her to the hospital. I might be offline for a little bit, but if anyone of you wants to make more size comparisons, feel free to share it in the comments down below for the community.

You guys are the best!!! 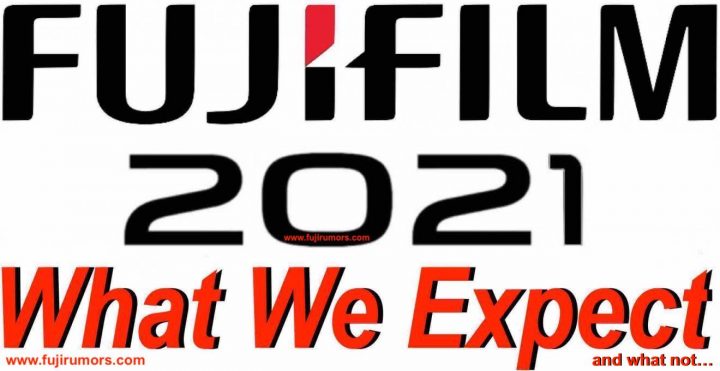 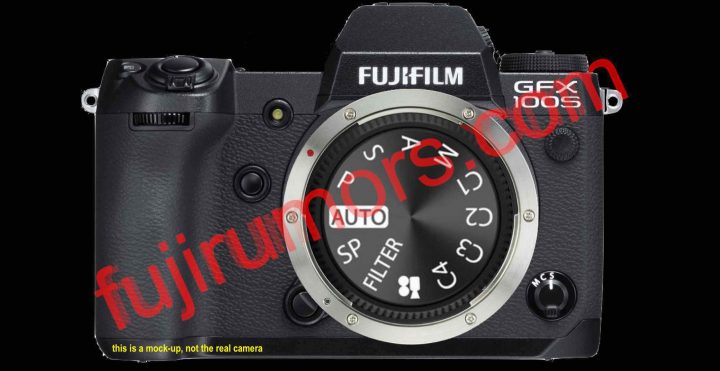 Ok guys, let’s narrow the range of our imagination, and describe a bit closer the Fujifilm GFX100S.

According to our information, you can imagine Fujifilm GFX100S like this:

So, the Fujifilm GFX100S will be the first GFX camera with a PSAM dial.

And I get it: the almost totality of the market wants a PSAM dial. And if Fujifilm wants to attack the high end full frame market, then they simply have no other choice than to offer a GFX camera with PSAM dial. It will help the GFX system to get more popular.

Sure, I still would have preferred retro dials, but a PSAM dial is still better than the solution the GFX100 adopted, which was the first and only Fujifilm I ever used, that I struggled to operate out of the box.

So, mixed feelings here. But overall I prefer a PSAM dial over the solution adopted on the original GFX100. 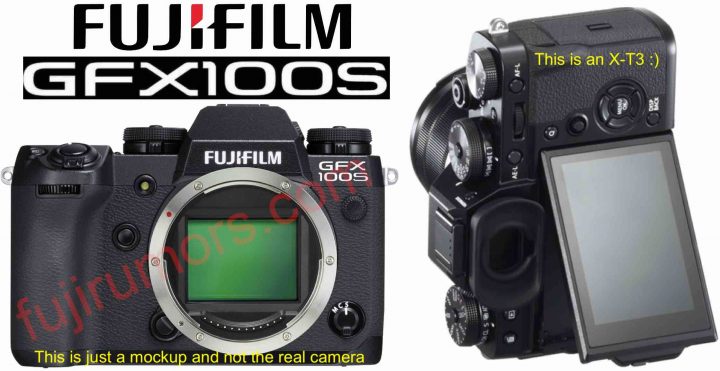 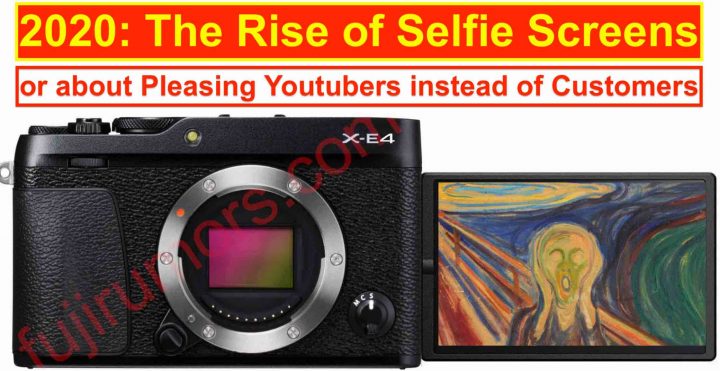