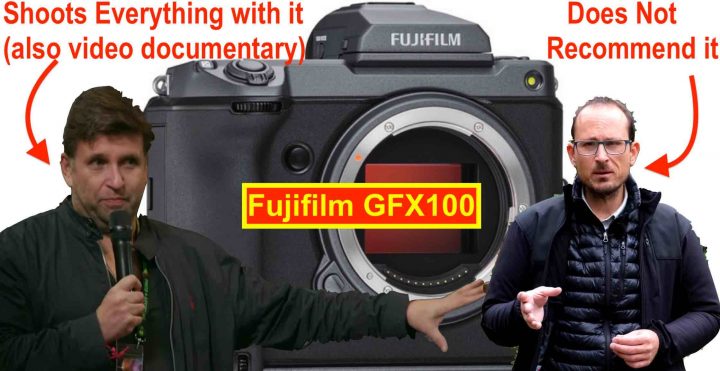 The Fujifilm GFX100 will probably be in stock in 2022, so until then, I try to entertain you with roundups :).

Here on FujiRumors we already showed you the Philip Bloom documentary shot on Fujifilm GFX100 back in October here.

The video has been shot on the island of Skiathos (an island where I have been and my X-E1 was stolen – well, actually I forgot it somewhere, and when I run back to get it, it was already gone). Go to that island (and Skopelos nearby) if you ever can… you will love it!

If you want to get a few more insights on Philip’s experience shooting video with medium format, check out the video shared at Cinema5D.

Philipp Bloom: “It [the video below] was filmed with the Fujiflm GFX100 which I borrowed from Fuji UK for the trip. The film is about half handheld and half locked down tripod shots. No fancy pieces of gear. 99% was shot with the 45mm F2.8 and the 110mm F2, with variable NDs from Polar Pro. I did use the 23mm on a couple of cars shots but that was it. The camera was amazing. I loved everything about it. Maybe not the HD 60p as that wasn’t very good, but the 4K image is just beautiful. It was all either shot with the Eterna profile or in F-Log and the Eterna LUT. All was modified with additional colour work in Premiere.”

Matt Granger brought the Fujifilm GFX100 to Buthan and now published his review: