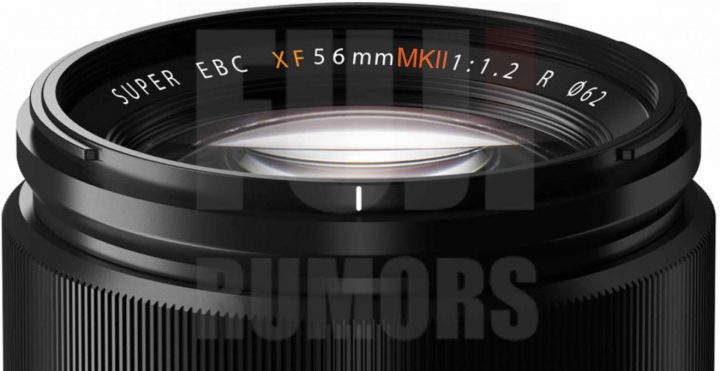 We know thanks to our sources that the big Fujifilm X summit will take place on May 31.

And we also made a list of gear that is rumored or also pre-announced to come in 2022:

However, we also told you that we don’t know if all of it will be announced on May 31.

In fact, we told you that for sure we won’t get the high resolution Fujifilm X-H2, as the announcement for that one is expected after the one of the Fujifilm X-H2S.

We now can also strike the Fujifilm XF56mm f/1.2 MKII from the X summit on May 31 list, as the announcement will happen later (we confirm it will happen in 2022).

I want to be clear….

What I am referring to is a full announcement, hence with full specs and pre-orders. That’s not going to happen for the Fujinon XF56mm f/1.2 MKII.

We have seen in past X summits that Fujifilm has shown mock-ups of future lenses and even future cameras without actually fully announcing them. So I don’t know if Fujifilm plans something like that also for the XF56mmF1.2 MKII. That would be atypical, as, looking at the past, Fujifilm usually does not tease MKII lenses, but I can’t rule out anything in this regard.

But hey, May 31 will be exciting also without the XF56/1.2MKII. So make sure to follow us on FujiRumors.