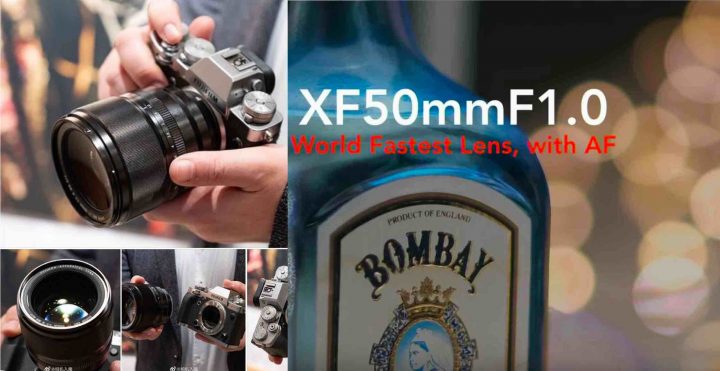 One of the most anticipated lenses, coming for Fujifilm X mount, is surely the Fujinon XF50mm f/1.0.

At the recent Fujifilm X Summit, Fujifilm showed us a working sample including an autofocus demo at minute 43:07 in the live stream video, but that works with CDAF only. The final version will support PDAF.

But even with CDAF only, the live demo showed a rather confident focusing lens.

Fujifilm also showed a sample image of the bokeh, and you can find the screenshot of it down below.

They also disclosed some details:

Also, the folks at digitalcameraworld had a post launch private meeting with Fujifilm, where they could handle the Fujinon XF50mm f/1.0, and they have been told:

this innovative prime will be available to buy by then end of the year.

So, we must arm ourselves with a little bit more of patience.

I remind you that Fujifilm will release 3 more lenses this year. We launched the discussion in this article.

I am working on this. Expect updates on fujirumors.com…. :).

images via digitalcameraworld – via weibo camerabeta  – via dpreview