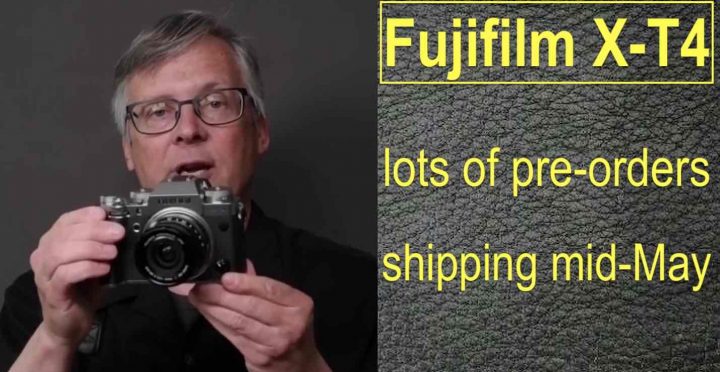 Just as the top Manager Toshi Iida said a few days ago in this must see interview, also Michael confirms the strong pre-orders for the Fujifilm X-T4.

Regarding the shipping, I must say I am confused. Let’s sum up the different official statements we got so far in chronological order.

Maybe every country will get a different shipping time? That would be unusual for Fujifilm, but in these days everything is unusual.

If we look at stores, BHphoto marks it as available April 30, while Adorama expects it on May 4.

You can see the Manager video and a summary down below.

If we missed your question, please drop it down below.