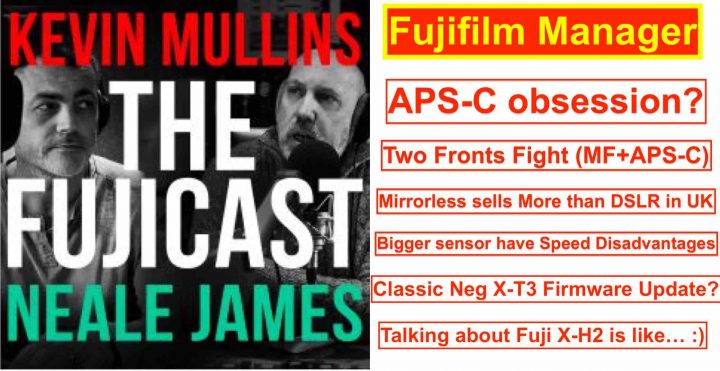 It’s a special episode from the Fujifilm House of Photography in London with Fujifilm manager Andreas Georghiades.

The podcast is one hour long and you can listen to it here. In this article, we will focus on the Q&A with the Fujifilm manager.

Of course it starts with the Fujifilm full frame evergreen ;).

So the first question is, what is this obsession with APS-C? Full frame would be Fuji’s opportunity to capture the market.

How to stay competitive in the market?

Fujifilm Professional Services, what is Fujifilm doing to win over photographers

The new GoPros have hypersmooth system (electronic stabilization. Slightly lower resolution and little crop, but removes the shakes). How difficult is it to stick it in a future Fujifilm camera?

Will there be more Fujifilm film simulations like Portra, 400H etc.

But they talk about much more, such as photography books, where they recommend among the others:

You can listen to the full episode here.