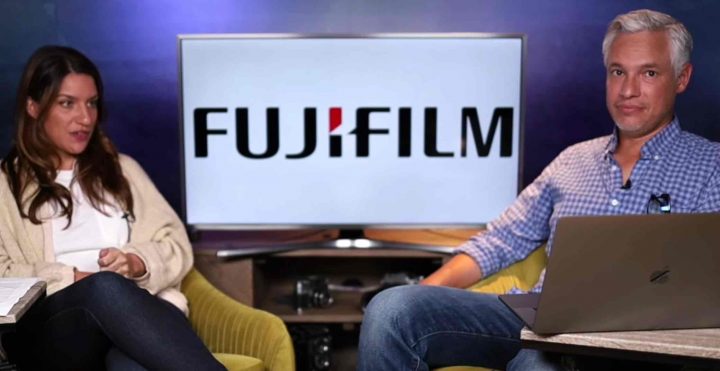 Tony and Chelsea Northrup have updated their mirrorless predictions.

In short, they are most optimistic about Canon and Sony and they also think that Fujifilm is here to stay. About Fujifilm they say:

This is perfectly in line with the mirrorless shipment data we recently published, where Sony, Canon and Fujifilm are on top.

Where Tony is Wrong

DISCLAIMER: This is not meant to be disrespectful towards Tony. I hope he takes it as a constructive argument, that might add some food for thoughts.

While I am happy that Tony and Chelsea look positive into Fuji’s future, I still struggle to understand the point that Tony is trying to make so often in his videos.

His point: there are full frame cameras that cost the same or are even cheaper than some APS-C cameras, hence APS-C will suffer (although facts say that APS-C mirrorless dominates full frame).

But I am surprised that he only looks at price and sensor size.

You got the point: you simply can’t ignore the overall feature package when you compare cameras.

A Canon RP or Nikon Z5 are cameras full of compromises and come nowhere near to the feature package that an X-T4 offers. Not to talk about the Canon, that, despite being full frame, has for example worse video dynamic range than a Fujifilm APS-C camera.

Fact is: if you want the features of an X-T4 (dual UHS-II SD-card slot, 4K60p, fast fps, blackout-free EVF, great video specs with tons of different video codec, high Mbps, high-res EVF etc) in a full frame camera body, then you go quickly and easily beyond the $2,500 price tag.

Unless what Tony wants to say is that people do not care about the overall package, but they base their buying decisions only looking at sensor size, no matter how many compromises full frame makes.

Panasonic Fiasco: Did Fujifilm Well NOT to go Full Frame?

Much more dark are Tony’s visions for the future Panasonic and partially also Nikon (and Olympus is already out).

And let me say this.

We know from official statements of SIGMA CEO, that he is disappointed with the progress of the full frame L-mount alliance. A report at mirrorlessrumors here digs a bit deeper into the reasons for this unhappiness.

This reminds me of a rather controversial article I wrote last year, where I said that the Panasonic full frame move was the perfect experiment to see, if there would have been still space for a new full frame mirrorless player in the crowded FF market, and hence if Fujifilm missed a chance by not going full frame, or if sticking with APS-C and MF was the smarter move.

Now, given the fiasco that the L Mount alliance seems to go towards, we can say that Fujifilm avoided to make a major error, by sticking with APS-C and MF.

Also Tony seems to agree that Panasonic has no future, and their failure will attract more users towards the Fujifilm X system.