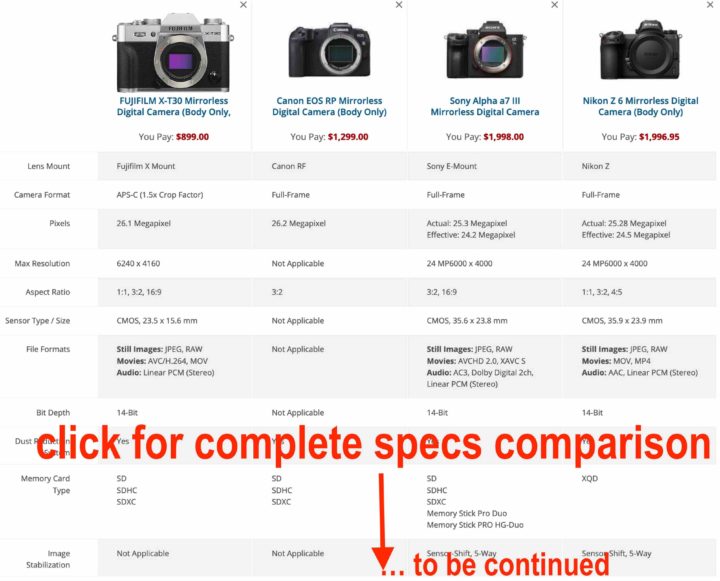 The Fujifilm X-T30 has been announced yesterday, and hence it’s already time for comparisons… all kind of comparisons, fair and unfair ones ;).

We will compare the Fujifilm X-T30 to other APS-C cameras like the Sony A6400, Sony A6500, Fujifilm X-T3 and Fujifilm X-T20, and then compare it to full frame Canon EOS RP, Nikon Z6 and Sony A7iii.

BHphoto allows you to make your own specs comparisons. All you have to do is to search on BHphoto for a camera and check the box “add to compare” under the product on the search page. You can pick up to four cameras.

Click above to see the unfair comparison (compared to Full Frame), and below you find the fair one (compared to APS-C). 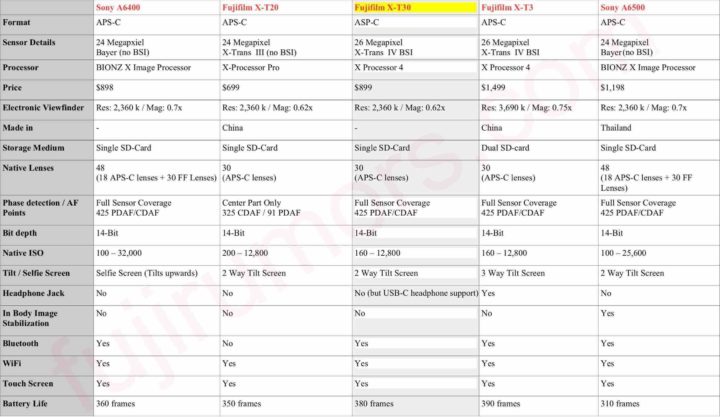 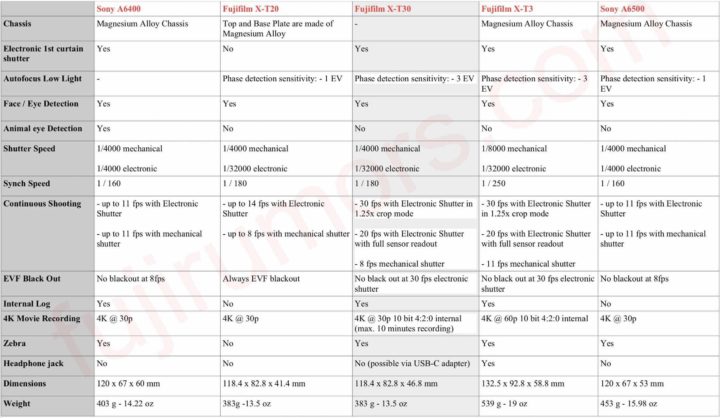 AmazonUS has listed the Sony A6500 as an upgrade to the Fujifilm X-T3. 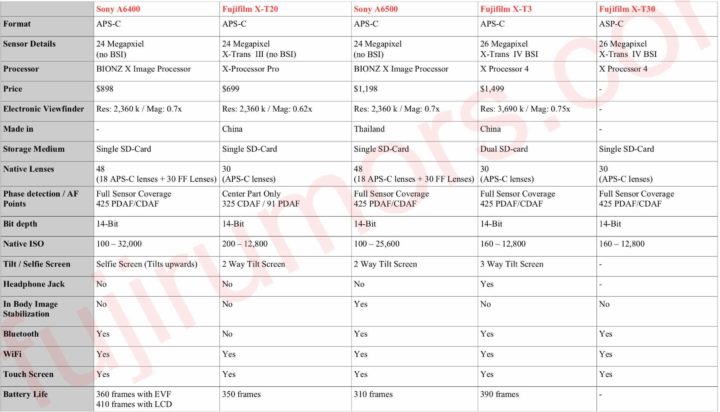 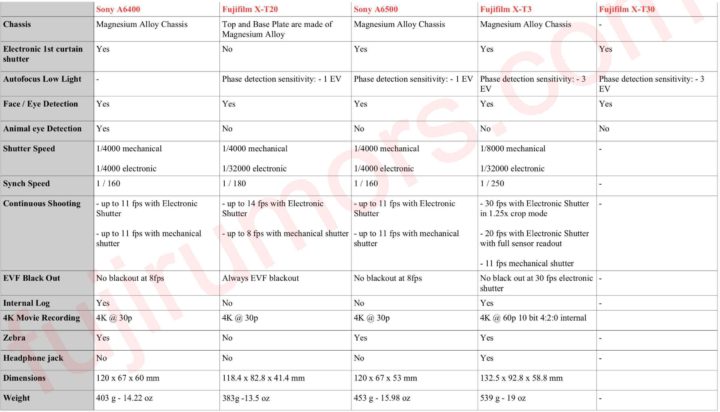 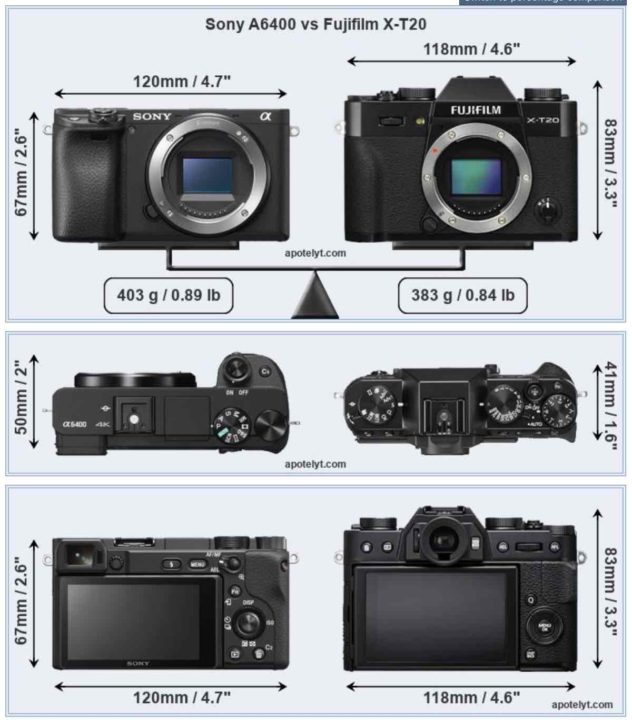