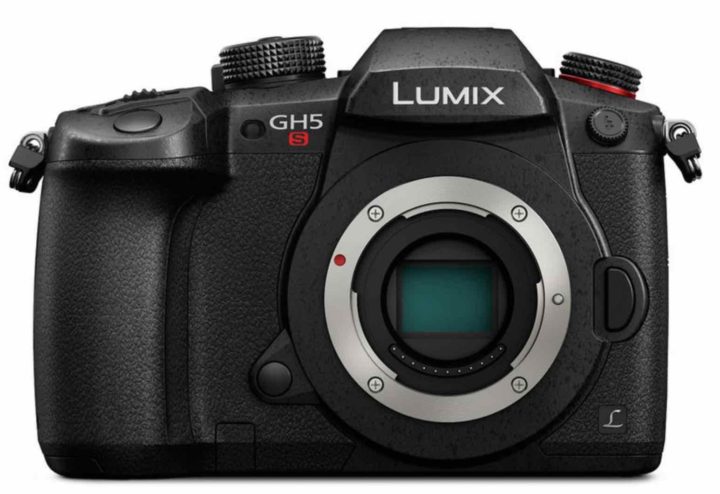 Panasonic has always been on the forefront, when it comes to the IBIS technology. Along with Olympus, they offer the best IBIS on the market, superior to the one of Sony.

But all that glitters is not gold.

IBIS has its downsides too, and at the recent launch of the Panasonic GH5S, they explained us why they decided to leave out IBIS from their new low light video monster.

Let’s start with an interview given by a Panasonic manager to Cinema 5D here:

“The Panasonic GH5s is a high-sensitivity camera, and such a camera is used more with a tripod rather than handheld. This is one of the reasons for there being no dual IS.

However, when shooting without a tripod, since our lenses are internally stabilised, we think it will be enough. When used handheld under low light conditions, a gimbal will be used by many customers. So we think there is no problem if no body IS is provided.”

Also, cameralabs explains here that the sensor of the GH5S is actually a bit bigger than conventional M43 sensors [because of multi aspect ration] so that the IBIS mechanism does not really fit into the GH5S.

Another important downside is mentioned by official Panasonic ambassador Tyler, who said at the TCSTV GH5S live stream here:

“Where in the cinema world do you see in body image stabilization? It’s just not a thing.

The reason is heat dissipation. […]

Having internal IBIS is going to increase the noise because of the heat. It’s just one more way to reduce noise in this camera.”

Less heat means less noise, and I’m sure many of us have already experienced this, when we shoot astrophotography out on a cold night, that ISO performance improves, due to the cold temperatures.

If you don’t like the IBIS side effects, just turn it off, right?

It’s still not an optimal solution.

“From a photographic perspective it may seem odd to remove image stabilization from the camera but for high-end video shooting, it makes sense.

Sensor-shift IS systems operate by ‘floating’ the sensor using a series of electromagnets. Even when they’re ‘off’ they’re not locked in place, they’re simply set so that the electromagnets aren’t attempting to correct for movement. This has the side-effect that, which mounted on a professional stabilization rig, there’s a risk of the sensor being shaken around.

For high-end video work, Panasonic says its users would prefer to use dedicated gimbals and dollies, rather than internal stabilization, and that means physically locking the sensor in place to avoid unwanted interactions between these systems and a floating sensor.”

And indeed, if you watch the Swedish video I linked above at minute 3:15 (youtube link here), you will see here how the Panasonic GH5, even with IBIS switched off, keeps up moving mounted on a car, while the GH5S is perfectly stable.

What is Better, OIS Vs. IBIS

Canon & Nikon say that OIS is better than IBIS, because:

And now we can also add two more Cons to IBIS

4. depending on the lens used, IBIS can introduce more or less vignetting
5. heat generated by IBIS introduces more grain to the images

But also IBIS has some strong PROs

These are just some Pros and Cons. A more in-depth comparison can be read at photographylife.

But if You want the Ultimate Image Quality…

At the end, OIS or IBIS, if you really want the ultimate and very best image quality possible, then any form of in camera or lens stabilisation has to be avoided whenever possible.

Personally, I have OIS switched off most of the time on my lenses, and only when I see it’s too dark and I don’t work on a tripod, and my lens is not fast enough, then I turn it on. But for as much as possible, I try to avoid it.

But don’t get me wrong… when I switch on OIS, I consider it a very useful feature, especially Fujifilm’s top notch OIS system.

And always keep in mind: both, OIS and IBIS, will only compensate the shakiness of your camera and NOT for the movements of your subject (leaves in the wind, persons, animals, cars etc).

To compensate for the “shakiness of the outside world“, in bad light, you simply need fast lenses, and luckily Fuji has many F1.4 and F1.2 lenses to offer

Do I want IBIS?

I confirm what I said back in 2015 here: Yes! Fujifilm should offer a camera with IBIS. And I’m glad Fujifilm will offer IBIS in the upcoming Fujifilm X-H1.

And I don’t care if CaNikon say OIS is superior, and I don’t even care if Panasonic says today that IBIS has some more downsides than the ones highlighted by CaNikon.

What I know is that it is still a useful feature in certain circumstances.

And last but not least, the market demands IBIS.

And if Fujifilm wants to survive in a market that is shrinking and where you fight for every single customer, then Fujifilm has to give photographers at least the option to get an IBIS camera… and luckily this option comes very soon with the Fujifilm X-H1.

That’s all… and feel free to join our Fujifilm X-H facebook group :)