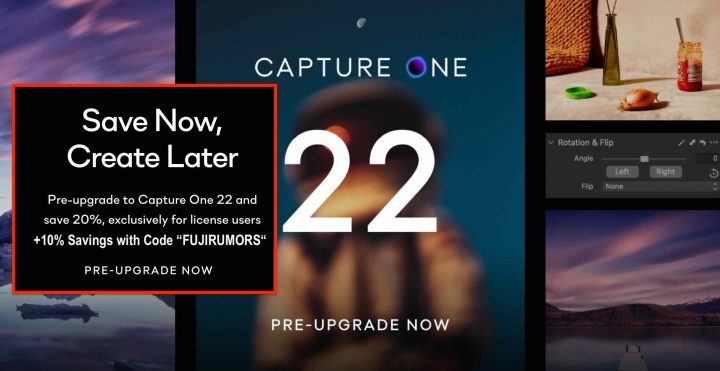 You can now save 20% if you pre-upgrade to Capture One 22 plus additional 10% discount by using coupon code FUJIRUMORS.