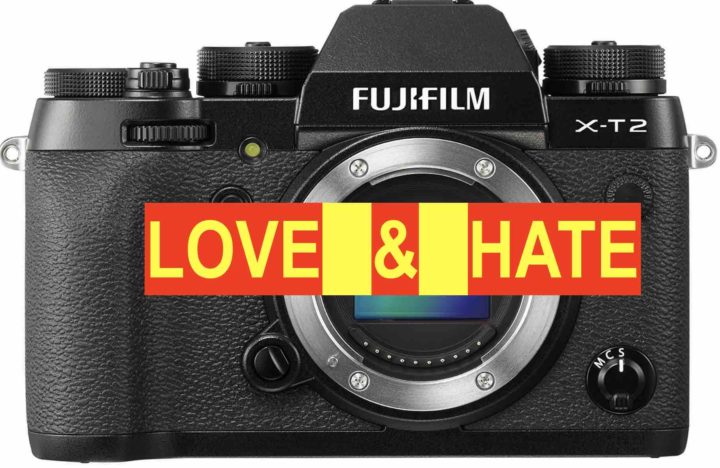 As you know, FujiRumors is a free space, and Fujifilm has no influence on this blog at all. I can write what I want, when I want. The one and only goal I have, is to deliver you guys the best service I can.

So here on FujiRumors we are free to…

Our freedom is our strenght, since it allows our community to give honest feedback to Fujifilm, and I know from sources, that Fujifilm considers this blog to be by very far their best resource for online feebdack…. and that’s possible only thanks to your huge participation :)

So what we have for you today, are 3 reports of failing Fujifilm X-T2 cameras.

ZedProMedia is a big Fujifilm lover, who highly recommended the X-T2 in the past, but after long use, he had to send it in for repair so many times, that he struggles if this is really a tool he can rely on for his Pro work.

He made a video “Fujifilm X-T2 – Most loved but least reliable camera I’ve ever owned” and shared it here. He says:

Maybe ZedProMedia is just unlucky? Has anyone else ever had WiFi freezing or so many hot pixels?

Let us know in the comments.

Another report about an X-T2 failure can be found at Danae and Andrew youtube here, with report about 1 year of heavy use:

In his video “My Fujifilm X-T2 faulty sensor and lens creeping” here, Jacques Gaines Photography said that he had to send in his X-T2 for dust behind the glass that protects the sensor. Fujifilm told him that probably something went wrong during production and they will fix it.

At this point, Jacques speculates that:

“it might be a question of growing pains for Fuji, in the sense that maybe they are getting so many orders, they are starting not to check out the quality of their production.”

Focussing Issue, Maybe YOU are the Problem?

Sometimes, though, it’s not the camera fault, but yours. As it happened to Lance, who send in his camera for repair, but than found out it was not the X-T2 fault. He shared his experience in the article “Focusing Problems on a Fujifilm X-T2? You may be the problem“. Check it out here.

Unlucky guys or a serious production issue? Let’s try to investigate it, starting from a poll.

So tell us, did your Fujifilm X-T2 ever let you down? Did you had to send it in for repair (and what was the issue)? Do you think that Fujifilm quality is overall decreasing, since they have become so successful?