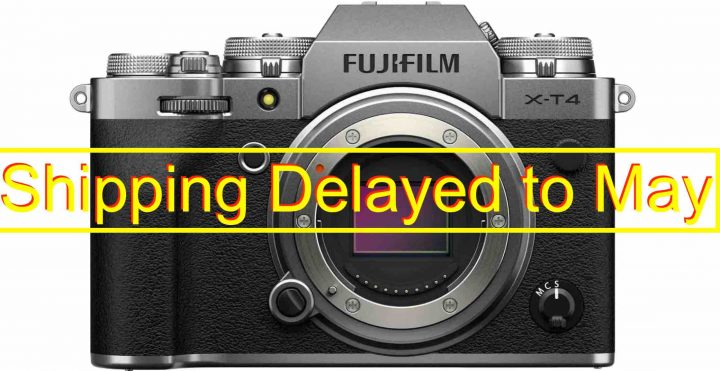 Fujifilm Russia has published a statement on their facebook page, that the shipping of Fujifilm X-T4 cameras is delayed from April to May, 2020. Also, there might be a retail price change.

The official start of sales of the FUJIFILM X-T4 camera is postponed to a later date, from April 2020 to May 2020.

Due to the sharply increased volatility in the foreign exchange market, by the time the FUJIFILM X-T4 camera starts selling, it is possible to revise the previously announced recommended retail prices.

This is definitely unfortunate for our fellow Russian Fujifilm X shooters, and we hope we won’t see the same delay or price changes in any other country.

So far, neither Fujifilm Japan, North America or Europe have announced anything similar. Most of their press releases still show “April” as shipping start.

But surely, even if the Fujifilm X-T4 starts shipping in April, it will be available only in very limited numbers.

I pre-ordered a Fujifilm X-T4 myself, and I hope I get it in time for June, when I have to photograph my friends’s wedding.