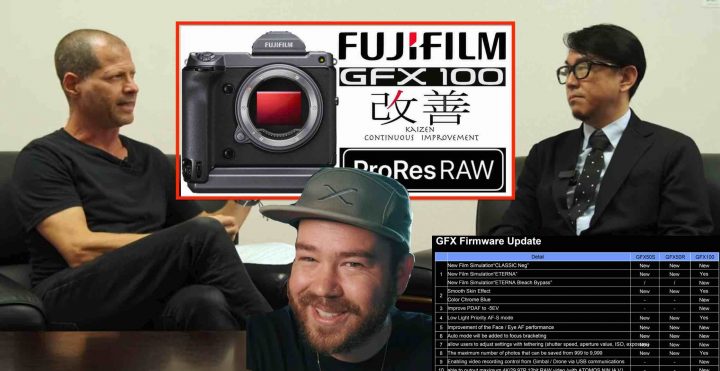 Also Fuji Guy Francis goes over the new Fujifilm GFX firmware. You can see the video below, as well as a nice chart with a firmware summary shared by Fujifilm GFX member Ken in our fantastic GFX facebook group. 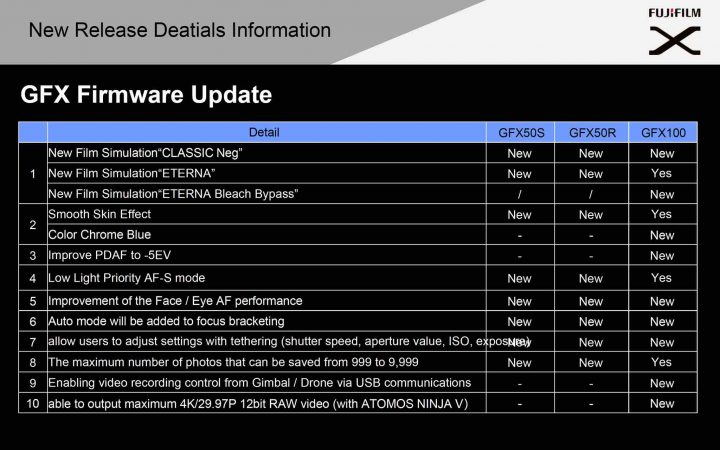