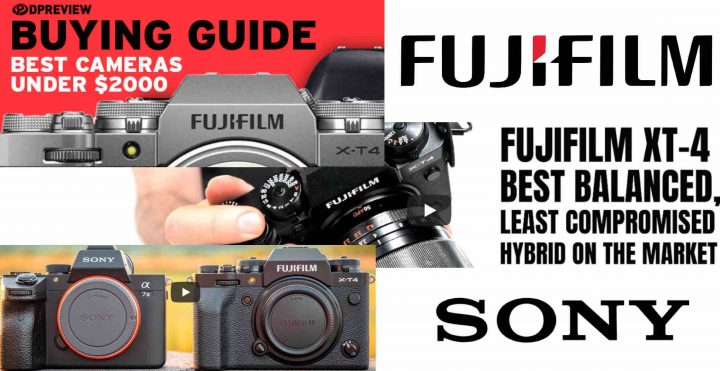 Down below you will find:

The Hybrid Shooter compares the arguable best options for sub. $2,000 cameras, the Sony A7III and the Fujifilm X-T4. Here is what he says: