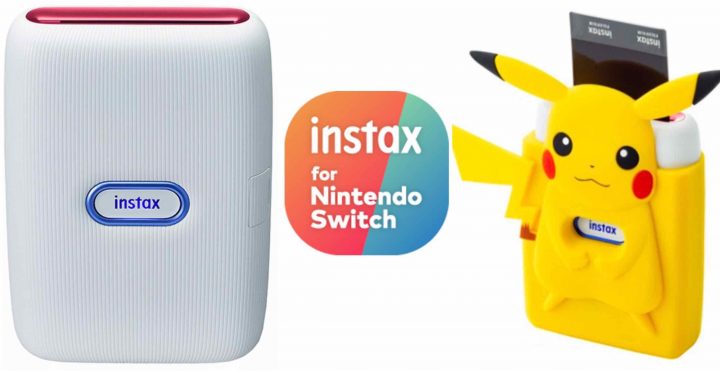 At first I could not really believe it.

The unbelievable part is this: it works flawlessly. Super easy to connect, fast, intuitive. Wonderful App. The total opposite of the experience we Fujifilm X and GFX series users have when trying to connect our cameras to the Fujifilm camera remote App.

If Fujifilm would put half the effort they put into developing this new Instax App also into redesigning the camera remote App, then I am sure they would drastically improve the experience for us X and GFX shooters.

The only thing that makes me confident: there is somebody at Fujifilm who actually can develop Apps properly. Maybe, one day, Fujifilm will pay him also to develop the new camera remote App.

But until then, the App remains a pain to use, which is reflected in horrible ratings in the App store.

Oh, right, the news. You find the press release and video down below.

TOKYO, April 22, 2021 — FUJIFILM Corporation (President: Kenji Sukeno) is pleased to announce the launch of the smartphone app*1 “instax mini Link for Nintendo Switch,” specifically designed for the smartphone printer “instax mini Link” (Link), on April 30. The app allows users to print out their favorite scenes or characters from any of the games on the Nintendo Switch console by Nintendo Co., Ltd, offering a new printing experience of turning the world of games into instax prints.

There are many scenes game players want to preserve as a screenshot, such as a memorable moment in “Animal Crossing: New Horizons,” a moment of completing a stage in “Super Mario” and picture-perfect encounters with Pokémon in New Pokémon Snap*2 (to be released on April 30, 2021). The new app makes it possible to easily create an instax print of such screenshots or videos, recorded in the Nintendo Switch, to start a collection of images or use the pictures to decorate a room*3, bringing the world of a favorite game or character to daily life.

Fujifilm’s Link is a smartphone printer that establishes a Bluetooth*4 connection with a smartphone via dedicated app to produce a high-quality instax print of an image on the smartphone. The app allows users to edit an image, combine it with a variety of frames that come with the app, or take the best moment out of video and print it out. The palm-top device is compact and weighs just 200g for excellent portability. Since its launch in October 2019, the printer has enjoyed huge popularity as a tool that turns every photo opportunity into fun time.

The app’s screen design can be chosen from three themes, such as “Animal Crossing: New Horizons,” “Super Mario” and New Pokémon Snap, so that users can enjoy the world of their favorite game or character while operating the app. The app also comes with 59 new frames, featuring characters from the three games, to add to 36 frame designs available in the current Link app for use in the Frame Print function, in which an image can be combined with a frame design for printout. It enables the users to enjoy printing with the design frame of their favorite game. The dedicated app can be downloaded free of charge *5.

Coinciding the launch of the new app, Fujifilm is also adding a new color variation, “Ash White (Red & Blue)” to the Link lineup. The base color of ash white is complemented by red at the output section and blue around the power button on the front face. The new Ash White (Red & Blue) Link is available as a standalone product and also as a limited-edition kit with a specially designed silicone case featuring the popular Pokémon Pikachu to mark the launch of the New Pokémon Snap game for Nintendo switch, to be released on April 30, 2021.

Fujifilm will continue to expand the world of the instant photo system “instax,” which can print out pictures on the spot to be enjoyed instantly.

<About the promotional campaign>

Under the tagline of “Instax your hero.,” Fujifilm will promote the new app online, on social media and in stores, highlighting instax’s unique value and sense of excitement about being able to preserve fun gaming experiences in the physical form.

<Key visual for the promotional campaign>

The new smartphone app “instax mini Link for Nintendo Switch” will be released for download on April 30, 2021.

4. Main features of the dedicated app

(1) Select a screenshot from the Album on Nintendo Switch.

(2) A QR code for connecting to Wifi appears.

(4) Press the “Switch Direct Print” button to scan the QR code and connect the Nintendo Switch with the smartphone.

(5) After connecting, scan the QR code that appears again to transfer the image to the smartphone.

(6) The smartphone switches to the Print screen to print out the image.

The app’s screen design can be chosen from three themes, such as “Animal Crossing: New Horizons,” “Super Mario” and New Pokémon Snap, so that users can enjoy the world of their favorite game or character while operating the app.

(These screen designs are subject to change)

The app comes with 59 new frames, featuring characters from the three games, for use in Frame Print, a popular Link function in which an image can be combined with a wide variety of frame designs for printout. It enables the users to enjoy creating a print that combines an image with a frame designed with a character from a favorite game. When combined with frame designs already available, users have a choice out of some 100 Frame Print options.