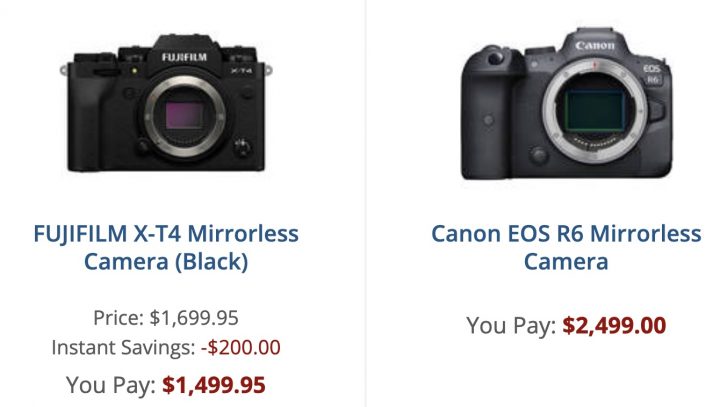 Today we are going to tell you the story of Paul, who sold all his Canon R gear for Fujifilm X.

So what motivated him to switch? You can see his videos and read a summary down below.

Paul, or When Fuji Colors Matter

Paul Strople is a photographer and cinematographer who sold all his Canon R6 gear to switch over to the Fujifilm X system.

As you can see from the video and also read in our summary below, the main reason for his switch are the Fujifilm colors, hence Fuji’s wonderful film simulations.

The key here is, that since Fujifilm gets the colors right in a way he likes and envisions the image, he has to work much less in post-production, hence simplifying his workflow.

As I always say: film simulations are good not only for JPEG shooters, but also for RAW shooters. When I shot my first wedding, it was a true time-saver that I could just load the RAW files in Capture One and pick the film simulation that gave me the best mood for that particular scene. With Fujifilm taking care of the colors, I could move on to take care of the rest.

And honestly, when I started Paul’s video, my first thought was “oh, this video has very pleasing colors“. Then, while watching the video, he explains that he is shooting the video with his X-T4 set on Astia (which is my favorite all-rounder film simulation).