Viltrox has launched their Christmas sales, which, among the others, gives you access to a 20% discount on Viltrox X mount lenses.

You can save up to 25% on many other products on the Viltrox Store here. 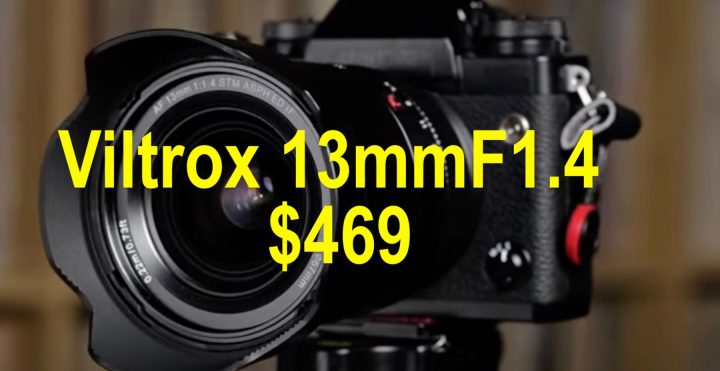 Earlier today we reported about the first review of the upcoming Viltrox 13mm f/1.4 for Fujifilm X mount.

At the time we shared the article, the reviewer, Damian, said Viltrox told him the lens would cost $429. However, after the video went online, Viltrox contacted Damian and said that the final price changed and that it will now be of $469.

Thanks Damian for letting us know in the comments to our original article.

So, make sure to check out our coverage of Damian’s review here. A nice lens is coming for the Fujifilm X system.

The Viltrox 13mm f/1.4 is on the official Viltrox roadmap since April 2020 and yes, I know that based on hints I got I said that it should be announced in November. Well, that evidently did not happen and I apologize to all of my readers.

I guess also Viltrox struggles with the worldwide parts shortage and in fact in today’s video, Damian, who is testing the lens right now, confirms that Viltrox had to postpone the release for this lens once again. Viltrox now told him they pushed it back to 2022.

The good news: the review samples are now out, so I guess it can’t be that long of a wait anymore.

Speaking of review samples, Damian is the first to publish his first look on the Viltrox 13mm f/1.4 AF XF.

It’s a nice video which includes lots of samples and autofocus demos (for stills and video). So definitely check it out.

Personally I am happy to hear that Damian considers the Viltrox 13mm f/1.4 XF the sharpest (and best) Viltrox XF lens so far with excellent autofocus (also face detection) and very usable in the center even at f/1.4 (a bit less usable in the corners wide open). The clicked aperture ring is a bonus for me although I’d have hoped for a bit of lighter lens (it weights 420g).

It’s not free imperfections, like a noticeable vignetting wide open and some distortion and chromatic aberration, but considering that many will mostly use it for landscape photography (and hence stop down anyway) and especially considering the price of $469, to me it looks like a good value for money lens.

Now let me say this.

I generally prefer Fujinon X (or GFX) mount lenses, and not because they are better in terms image quality (if a lens is more affordable, then I can accept to give up a bit of IQ), but if there is one thing that I love about the X/GFX system, then it’s the colors I get from it (with Astia being my favorite all-rounder film simulation).

And in my experience, whenever I use third party lenses on my Fujifilm cameras, the colors simply don’t come out the way I am used to (and love it) from the Fujinon lenses. In fact, this is one of the main reason why my Fujinon XF10-24mm has basically replaced my Samyang 12mm f/2 in my camera bag. Not because the Samyang is bad, not at all (look, I have taken some of my most loved images with it). But sometimes I can be terribly lazy with post processing my images, and I know the XF10-24mm will nail the colors the way I love it more than my Samyang 12mmF2 would, and hence spare me some time in post.

In short: if you love film simulations, like I do, native Fujinon lenses will deliver better results, or let’s say results that more faithfully reproduce the vibe and tone Fujifilm intended to give us with the various film simulations.

Ah, speaking of colors, Damian says that the Viltrox 13mm f/1.4 XF colors are on the cooler side.

With all that said, I think Viltrox made a very smart move with this lens, as Fujifilm itself is not offering anything that can closely match the Viltrox 13mm f/1.4 in terms of focal length and aperture. The closest competitor at this point is the Samyang 12mm f/2, which is smaller than the Viltrox 13mm f/1.4 and also weather sealed (the Viltrox is well built, but not weather resistant). However, the Samyang is also slower and more expensive.

So overall a great addition for the X mount system and a lens that I am hugely interested in if it performs decently also for astrophotography. 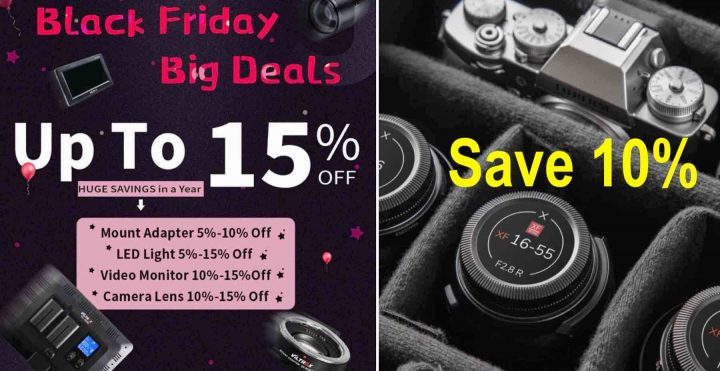 Viltrox is offering 10% discount on all their Fujifilm X Mount lenses.

Up to 15% discount on other gear, from monitors to LED lights, adapters and more. Check out the official Viltrox store here.

You can get 10% off your orders by using coupon code FUJIRUMORS10.

Here are some deals on other X mount lenses:

Peak Design has just launched its biggest sale ever. The deal runs directly at Peak Design store and also at official retailers like BHphoto. If you are from Europe, you can also purchase directly from the Peak Design Store. 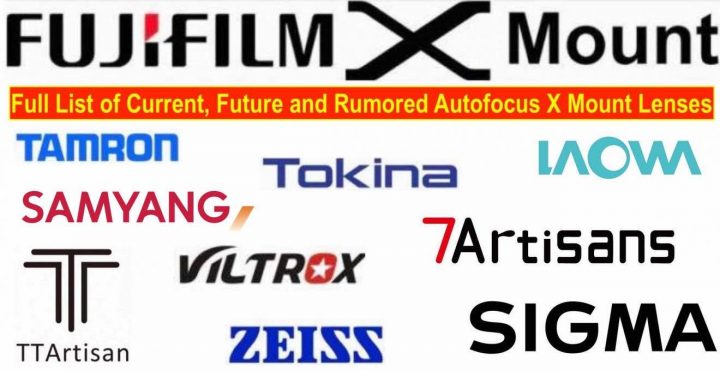 Samyang has announced they will launch their first autofocus lens for Fujifilm X Mount.

With this new addition, we now have a total 8 manufacturers making now (or rumored to make soon) autofocus lenses for Fujifilm.

Considering that Fujifilm opened X mount to third parties only in 2020, that’s quite a rapid growth in third party AF lens offerings.

So let’s update our list of third party autofocus lenses for Fujifilm X mount with the latest additions.

Available Now or for Pre-Order:

Announced / to Come for Sure:

Rumored to Come Next: