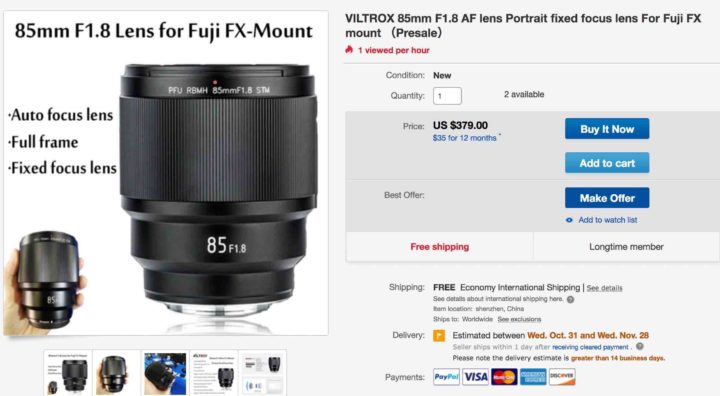 The Viltrox 85mm F1.8 autofocus lens for Fujifilm X is now available for pre-order at eBay here. Shipping is expected between the end of October and the end of November.

At Photokina, I went hands on with a pre-production Viltrox 85mm F1.8 AF lens using a Fujifilm X-H1, and I share an autofocus video as well as JPEG and RAW samples to download here.

Remember that Viltrox also offers a CanonEF to Fujifilm X smart adapter, as we already reported back in July. You can read all Viltrox Smart Adapter AF for Fujifilm AmazonUS customers reviews here. 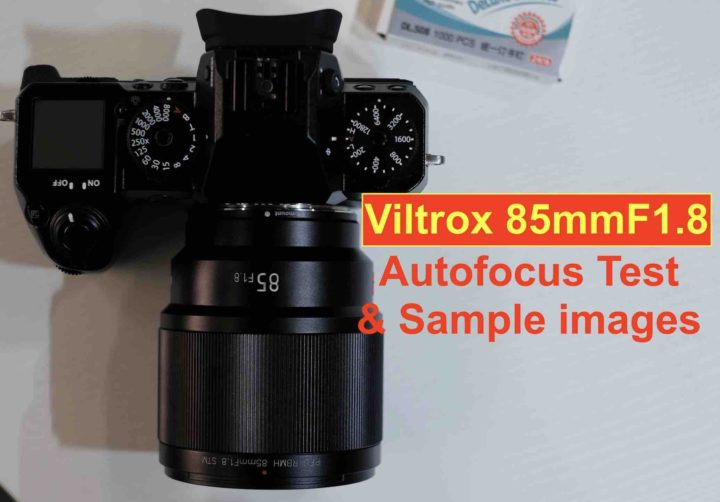 I was intrigued by this lens, and so I went to visit Viltrox booth today at Photokina.

More info has been sent to me by a FR-reader

They had a Fujifilm X-H1 with the Viltrox 85mm F1.8 attached to it, so I quickly played around with it.

Keep in mind that this is pre-production, and there will be autofocus improvements and bug fixes before the release. For example, I noticed that when shooting at F1.8, sometimes in playback when checking the image, the aperture showed a wrong value. Viltrox told me they are fine tuning the firmware to sort it out.

With that said, I made a quick auotofocus video test, using the Fujifilm X-H1 with Viltrox 85mm F1.8. You can see it here on my youtube channel.

Down below you can see also some image samples, mostly JEPGs and some RAWs to download.