Profoto A1 vs Godox V1

Robert Hall compared the Profoto A1 with the Godox V1 (video above):

Given pricing and performance, it looks like the only real reason to buy the Profoto, is if you already bought into the Profoto system.

On the long run, though, I don’t think Profoto can compete with gear that costs 4 times the Godox pricing, since the higher price is not justified by a better performance and not even build quality.

Profoto has a terrific competitor now, and they will have to substantially lower their prices, or customers will run to Godox. 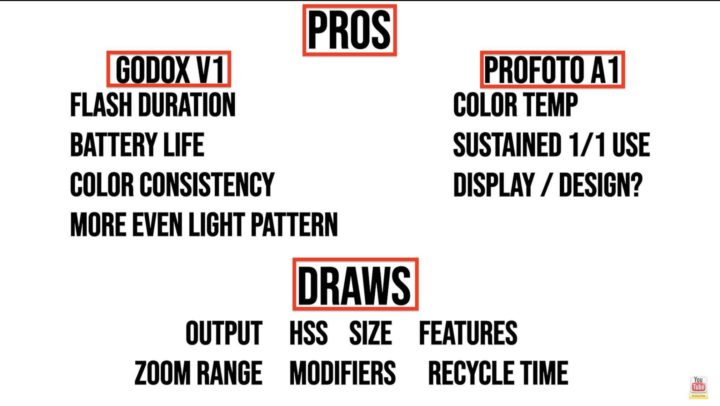