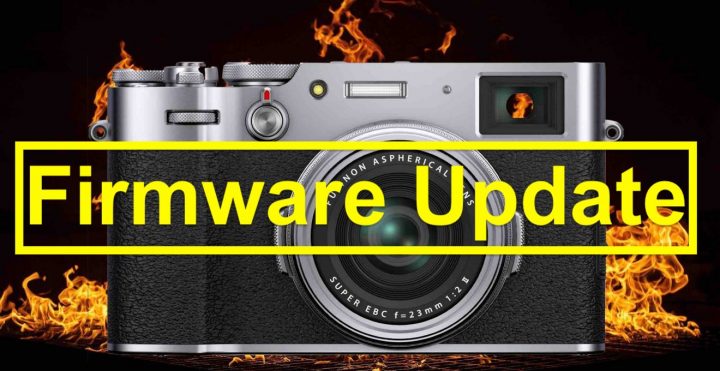 As reported by FujiRumors earlier today, Fujifilm released a firmware update for the Fujifilm X100V and Fujifilm X-A7.

Now Fujifilm also updated its original statement about the Fujifilm X100V overheating. You can read it down below.

Notice Regarding Continuous Use of FUJIFILM X100V

Thank you very much for purchasing and using our products.

When the X100V is used in a continuous manner (such as with continuous video shooting) or when used in a high temperature environment or direct sun light, a user may feel the grip become noticeably hot, due to heat generation within the camera’s electric circuit board and battery. It is important to note that this heat will not generally affect the camera’s performance until the camera shuts off as described below. However, the emulating heat may cause skin irritation and may ultimately be uncomfortable for the user.
In X100V with firmware version 1.10, When the camera’s temperature increases in this manner, a yellow warning icon first appears on the LCD screen. If the temperature increases further the red warning icon will appear and shortly thereafter, the camera will turn off automatically.

In cases where the X100V shuts down automatically, we would recommend that you permit the camera to cool down before further use.
In situations where the use environment is particularly hot or where the user has blood circulation or sensitive skin issues, we would recommend use of a tripod or a gimbal for periods of continuous shooting. As noted above, the camera will shut off in the event of a significant temperature increase.

The new menu “AUTO POWER OFF TEMP.” in “POWER MANAGEMENT” menu is added in the upgrade firmware version 1.10. When the X100V is used hand-held in a continuous manner (such as with continuous video shooting), we would recommend use of the new menu.
Visit the URL below and download the upgraded firmware.

You can rest assured that Fujifilm is absolutely committed to quality and service excellence, with respect to the X100V, and with respect to all other FUJIFILM products.
FUJIFILM X100V Firmware update.